On April 23 of this year I decided to take another plunge and buy an on screen graphics tablet. Of course one does have to be weary of anything that is cheap. So I was pondering first about buying a graphics tablet for a couple of years, then when I did have money saved up I began noticing the other options. At first I was thinking about getting the Wacom Cintiq 13HD, but I’m living in a time that new competitors are emerging in China. On top of that, they offer bigger sizes at around 1/3 of the price of Wacom’s 13 in. offering.  I decided to wait it out till a good amount of reviews and tests were done on them. A number of reviews seemed to be positive but there were not that many of them. Then at some point it seems like these products were being given away to Youtube artist so that they could “review” them (many of them were just unboxings). On top of that, they were always compared to Wacom Cintiqs (which is ok) but they tended to focus on it way too much. In the end these reviews really didn’t give me much confidence. Specially since I hadn’t used any on screen graphics tablet before so many of the points they were making I couldn’t really connect to.

One piece of advice I did connect to was that a bigger screen would work much better since I would have more space to work and wouldn’t have to be squinting or enlarging the image as much. So despite the countless positives of owning a Cintiq, I decided to bite the bullet and buy an XP-PEN Artist 22E ( it’s a 22-inch display graphic monitor). It’s strange, it is quite an expensive device so I almost felt bad about buying it. I even didn’t use it for a week, it just laid by my desk covered by my jacket. But at some point I decided to give it a try. Since this was my first graphics display I struggled a bit setting it up. But it’s actually quite easy when you know what you are doing. A quick tip is to set it all up is using the pen program used for this tablet. If this is your only display than you shouldn’t have a problem, but if you have a two display set up make sure you choose the XP-PEN as the correct monitor and also make sure it isn’t chosen as the extended option (this was the only thing that gave me a hard time). If it seems to not be working, remember that you should restart your computer after you install the driver and program.

I didn’t really want to write anything about this display till I had used it for a good bit. So far it has been two months, so I will document my experiences so far (I will do so in the future as well, I’m quite interested if this tablet will last me a good while or if it will only last for a year of something).

So far I’m content with it. I know a bit more about digital art, so now that I have this on screen graphics display I can work much faster since I’m actually drawing and painting on the canvas itself. One can get used to the other tablet like the Bamboo Manga I used previously, but nothing beats working on the artwork directly. And with the two monitor system I can work on the XP-PEN and look at my reference picture/s and even some sort of entertainment on my second monitor. It works quite great. I used to use my laptop to work on artwork, but now I’m using my PC that my brother gave me which is much more powerful and can take quite a beating (with all the programs I use simultaneously).

The monitor itself works quite well and seems to be of a good quality. In the reviews they talked a lot of paralaxing, but since I’ve never used a better display or really see it as a problem, I really don’t notice it. If I want to draw or paint somewhere the paint applies my paint where I want it. The on frame buttons are also quite useful and have increased my workflow. It came with a stand included that worked great but it took a good amount of my desk real state. So with that in mind I decided to invest in a monitor arm. But I was also weary of buying a cheap one that would break easily or would not move the way I need it to. After much thought and research I decided to go for the Amazon basics arm (in fact another reviewer of this display bought this arm which prompted me to give it a try). Now with this arm and the display I can work much better, more comfortable and faster. Before I was contemplating buying a wireless keypad and converting the keys into hot keys for the art programs like Photoshop. But with this set up I can have the display above the keyboard and away from my arms when I’m drawing and is easily accessible when I need to make a command.

One thing that really freaked me out was that the pen was leaving scratches on the display. I couldn’t really find much about it online, but I guess this is normal… These scratches also leave behind a rainbow effect on the screen but if you clean it off a bit it the rainbowing effect disappears so it really isn’t a problem. I wonder if a softer stylus tip exists? Whatever the case, after a while you don’t really notice it. I guess it’s one of those things where you get a new item and you are always weary of scratching it or something.

As for what can be done with it, that just depends on one’s skills.

I chose Sayumi Michishige as my first model for my very first artwork on this tablet.

This is the reference picture I chose: 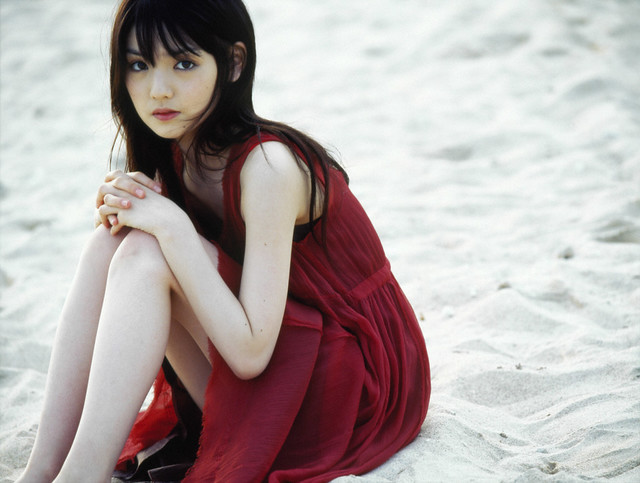 Here is what I managed to do with it, my first digital study: 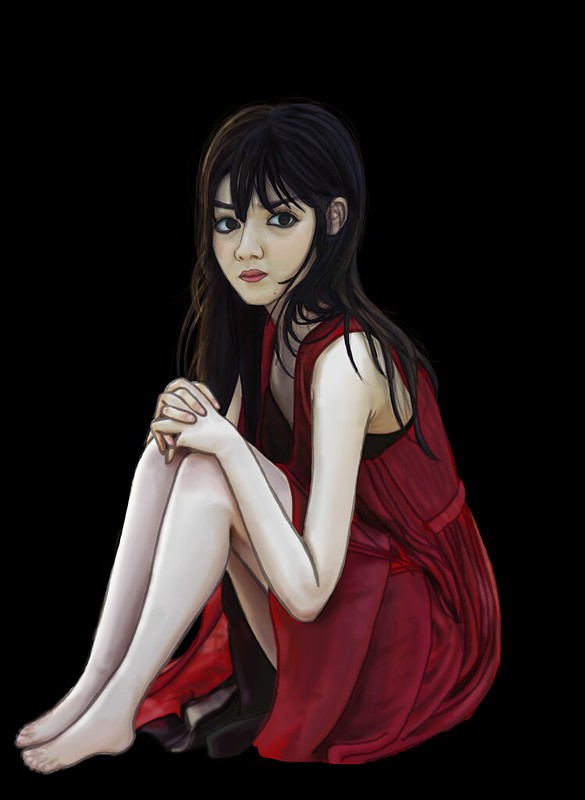 This was done on May the 18th. Since then I have been working some more work which I will upload soon.

So far I really love my new XP-PEN, but time will tell if it was a solid investment and will last me a good couple of years or if it’s a cheap “imitation” that will break in the near future. I’m hoping it it does last.