This line art was originally drawn for inktober 2021 day 25.
It can be seen here:

There were a couple of things I wanted to fix first before paint it. Mainly it had to do with Misaka’s feet and posture. Misaka just looked awkward so I redrew her legs. Next I moved to her arms to give her a more interesting pose. I also wanted to have her tilting her head in a different way to give her a more confident posture. Aside from Misaka, I also made a few tweaks to Misaki and Mitsuko.

This one took a while, and it’s still not done. I remembered that in Pokemon there were three legendry’s that possesed the power of wind and thunder and a third one. I had done a bit of research at the time and learned that they were based on three Japanese Kami. Over the years I wanted to make a piece with Misaka and Kongo Mitsuko as Raijin and Fujin. After thinking a bit about Inari and learning that it’s the god of foxes, fertility and a bunch of other things plus it’s the leader of the three Kami I felt that Misaki Shokuhou would best fit this role. For various reasons. This drawing took a while since I couldn’t find readily available information about these three Kami and high resolution images of them. Then, the ones that were available came in so many variations that in the end I just decided to take some artistic liberty for some of the details.

This was originally drawn for Inktober 2019 on the 8th day.

I really like pretty much everything about Misaki. Her design, personality and story are great. Plus her relationship with Misaka makes for some great stories. I’m really glad they are finally giving her some screen time in the anime. I really like the way they make her life comedic because of the characters and situations she has to deal with. The way Sogiita Gunha stole the spotlight was hilarious and Misakis’ response made it even better.

Of course Misaki just oozes sexiness so I wanted to do a piece emphasizing that.

The whole painting was progressing smoothly, I was quite surprised. The background was done in just a couple of minutes and Misaki just a couple of hours. But the hair was… I need to practice more with blonde hair, it took way too long.

I really like the pairing of Misaka Mikoto and Misaki Shokuhou. The way they banter against each other is really cute, even more so when they have no choice but to work with each other. It was a smart idea to make them both rivals and allies at the same time. Definitely one of the best duos in the series. And seeing as they can hack into all security systems to delete their presence digitally and the power to also erase and manipulate peoples memories they really could get away with any crime. Whenever there are hints that they will pair up again I get really happy.

This painting was actually started last year. But I didn’t finish it on time. It still needed a background after all. So I decided to save it for this year’s Christmas. I was bogged down with other work but I managed to finish the background just in time to maybe even start a new Christmas piece. In any case I had to find a suitable reference picture. The one I found was in portrait mode so I had to make up the rest.

It was painted using my Kuratake Gansai Tambi watercolors and my Nicker Poster Colour paints.

process of the background:

And the process done digitally to combine both pieces:

Hope you guys like it. Merry Christmas and happy holidays! 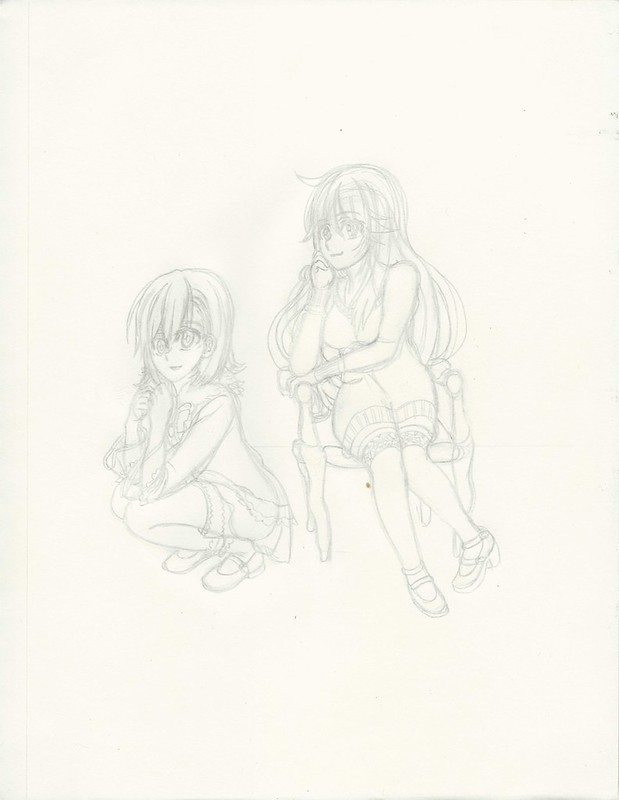 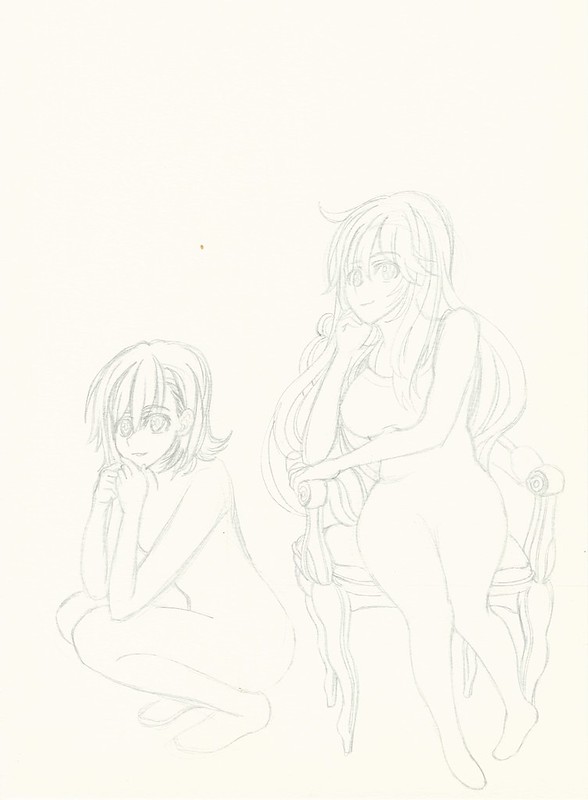 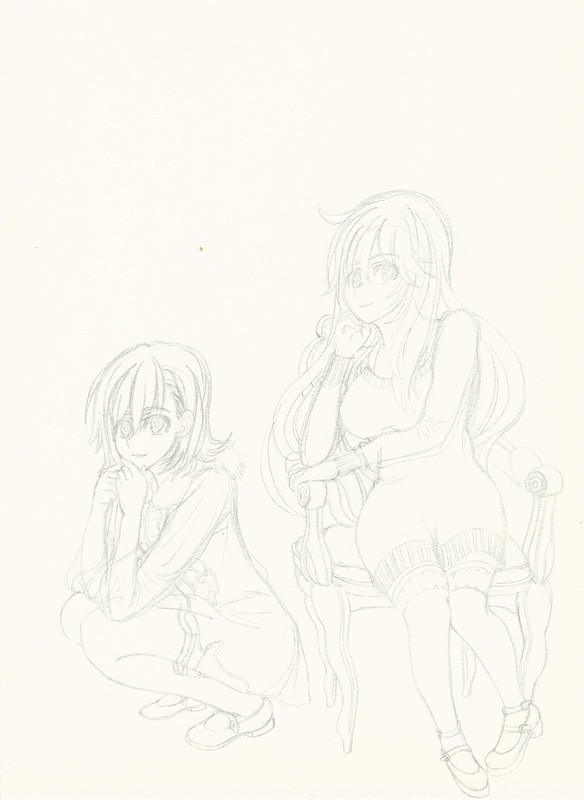 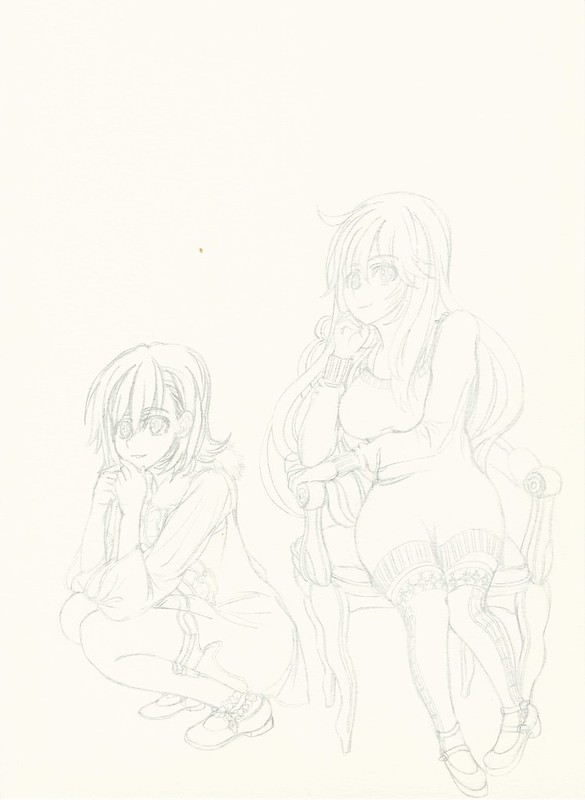 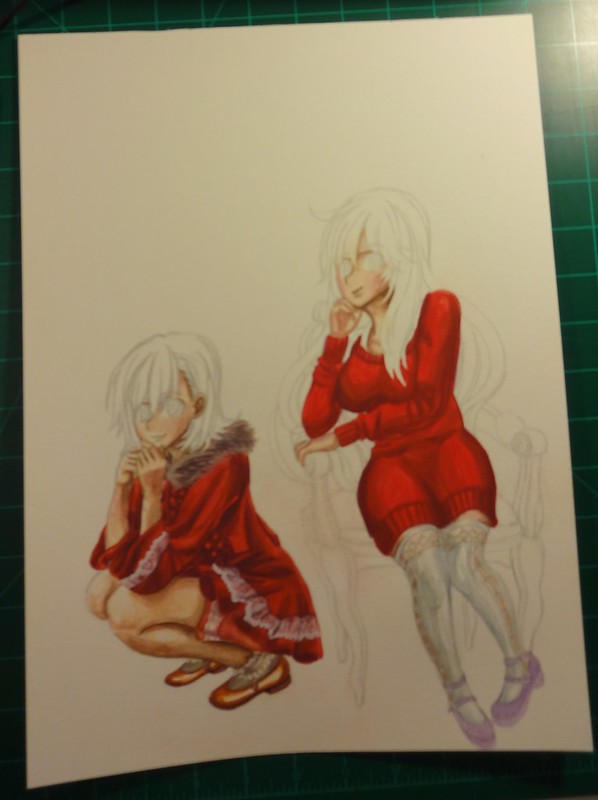 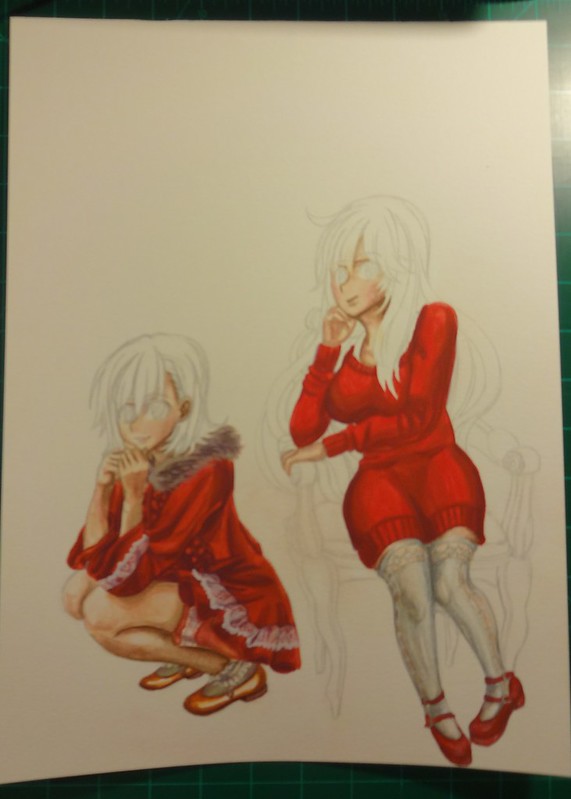 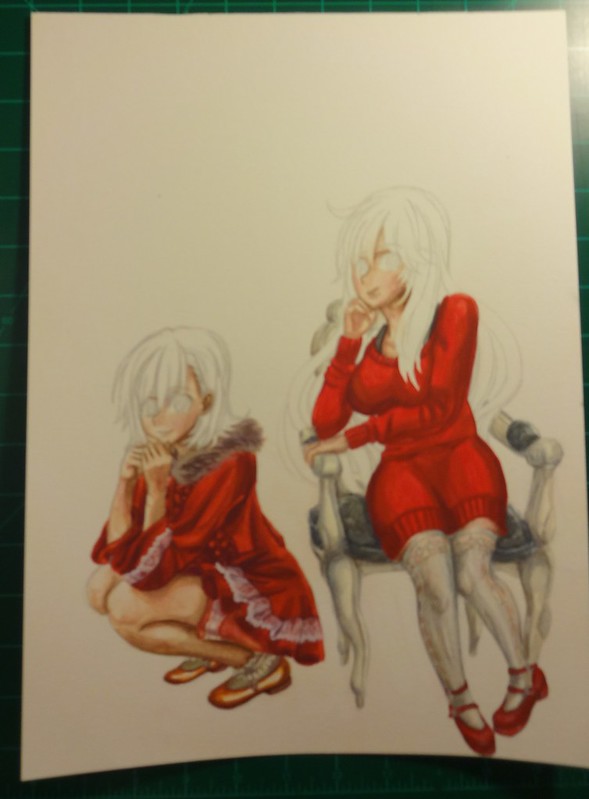 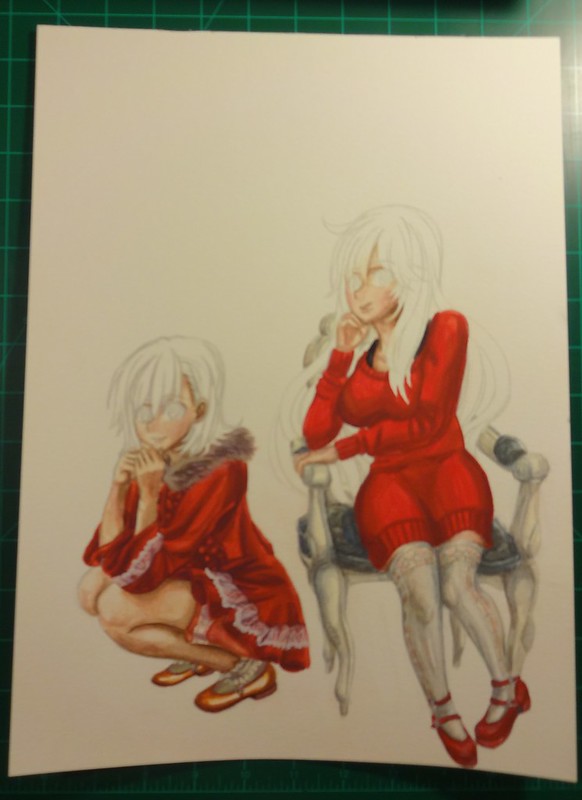 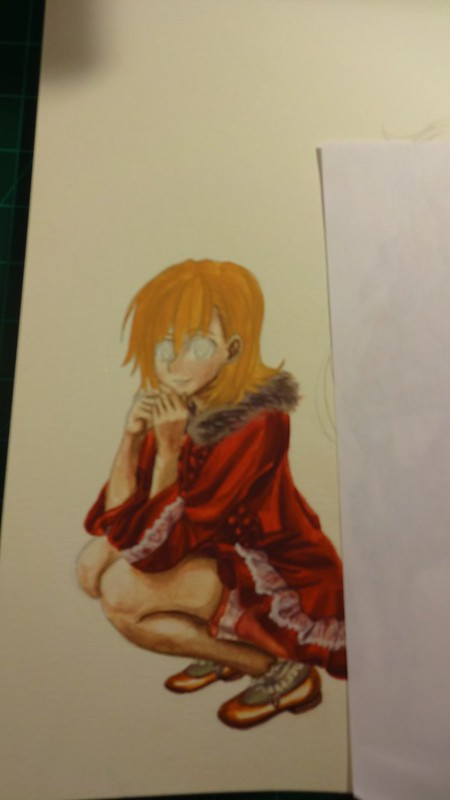 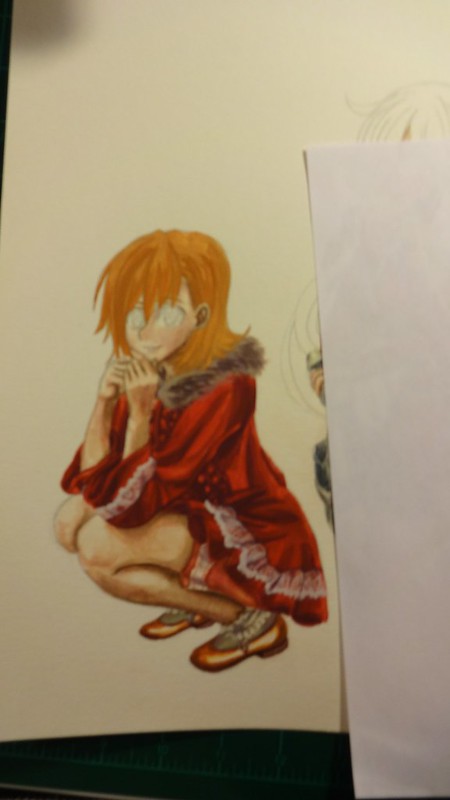 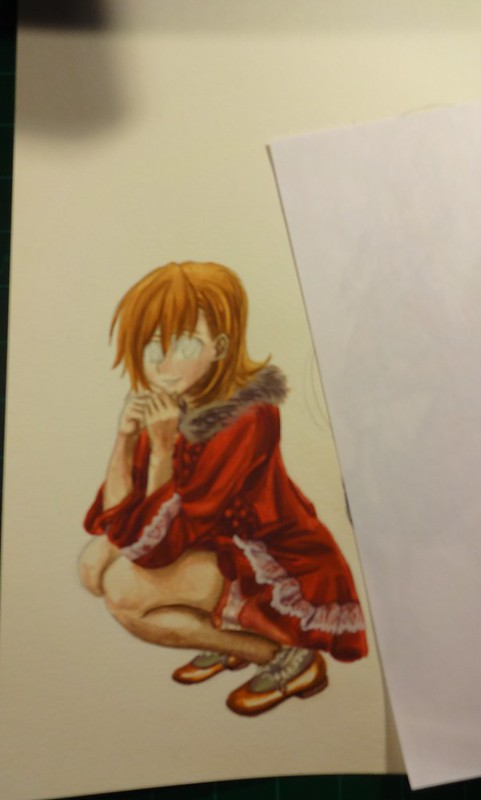 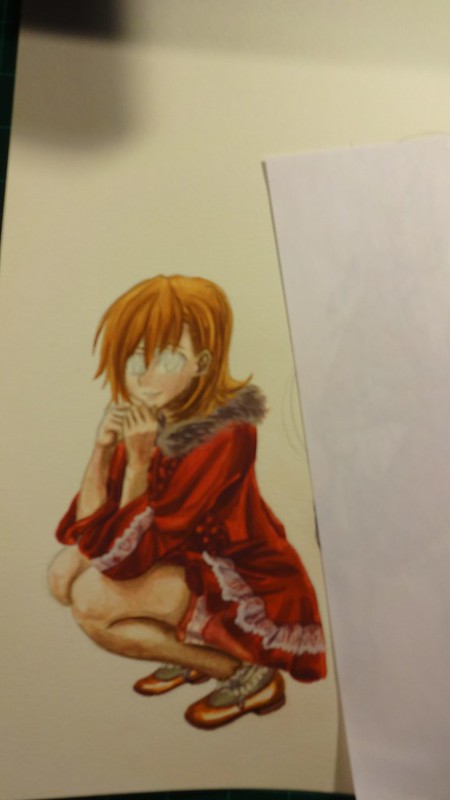 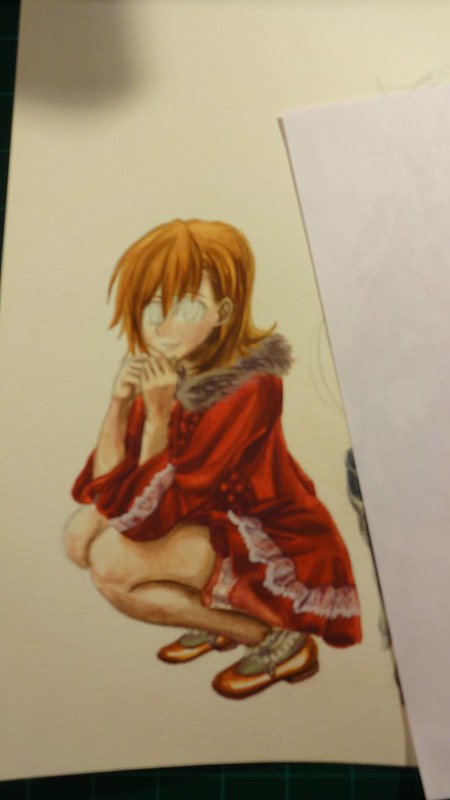 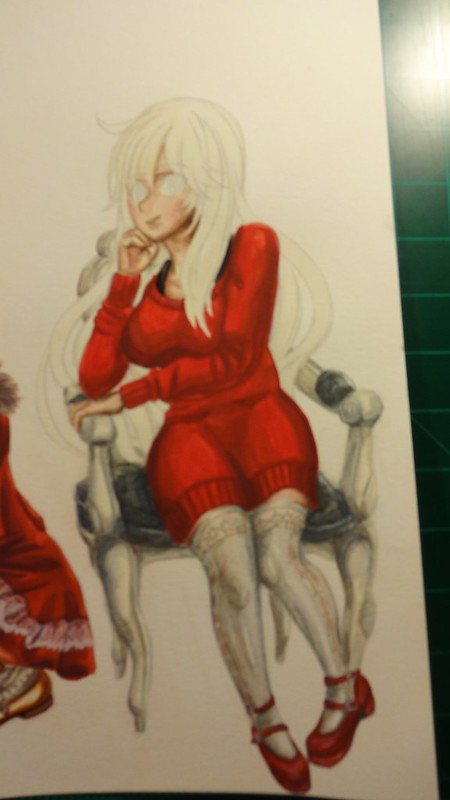 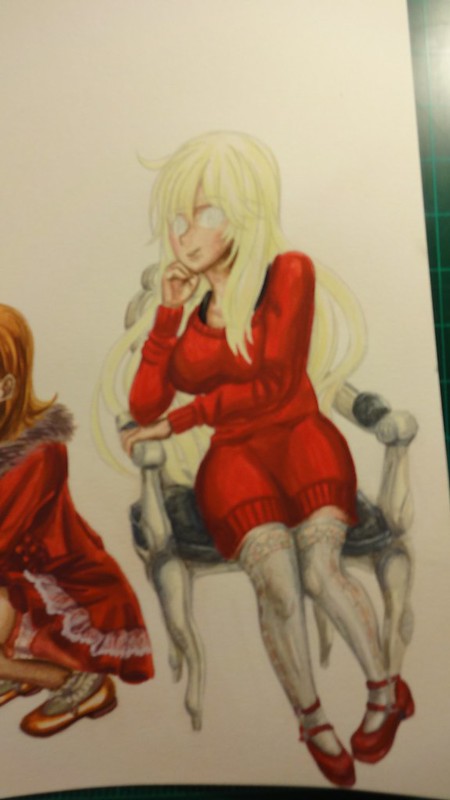 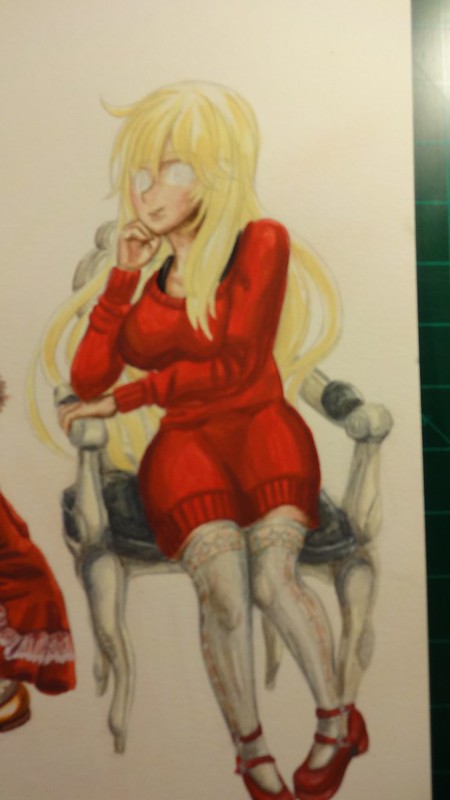 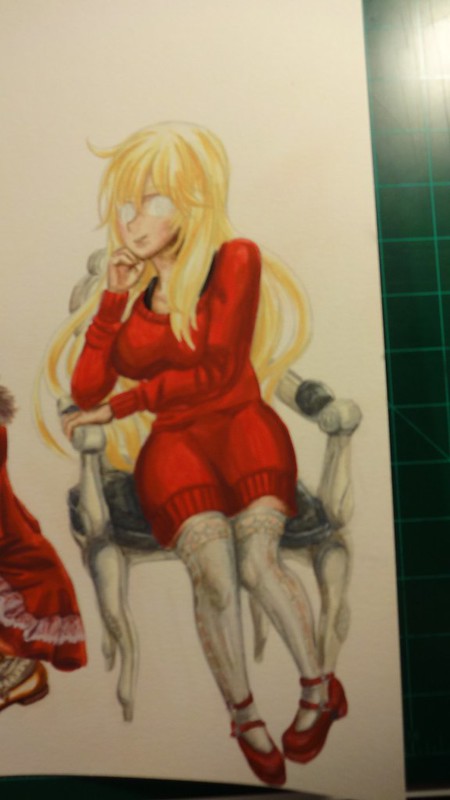 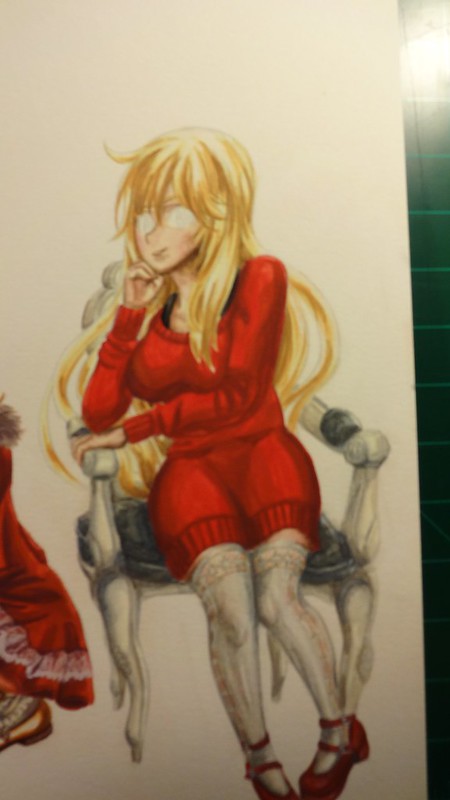 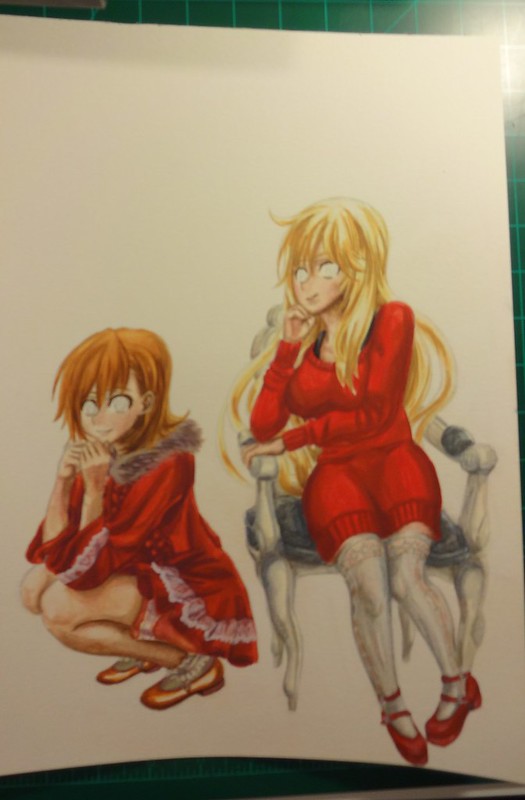 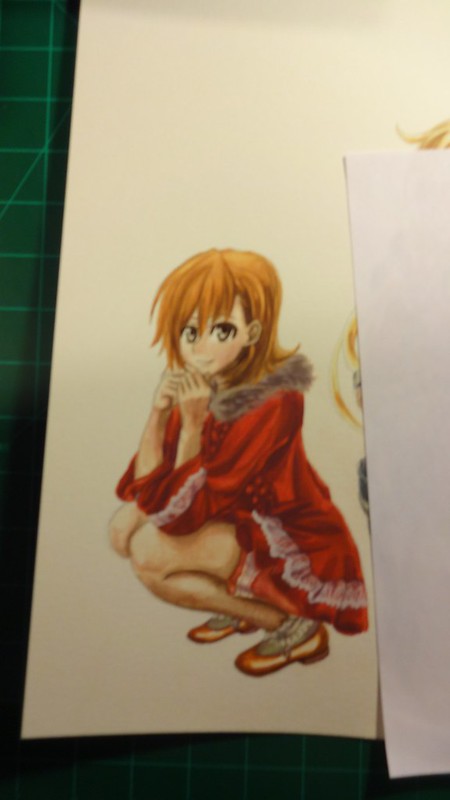 So Christmas has finally arrived.

I was working on an artwork for this year and just now finally finished it. I will be making a background at some point but that will have to wait for next year. But for those who visit my site, here is a peek at it. (The print won’t be available till next year though).

Will talk and upload more photos at a later date. 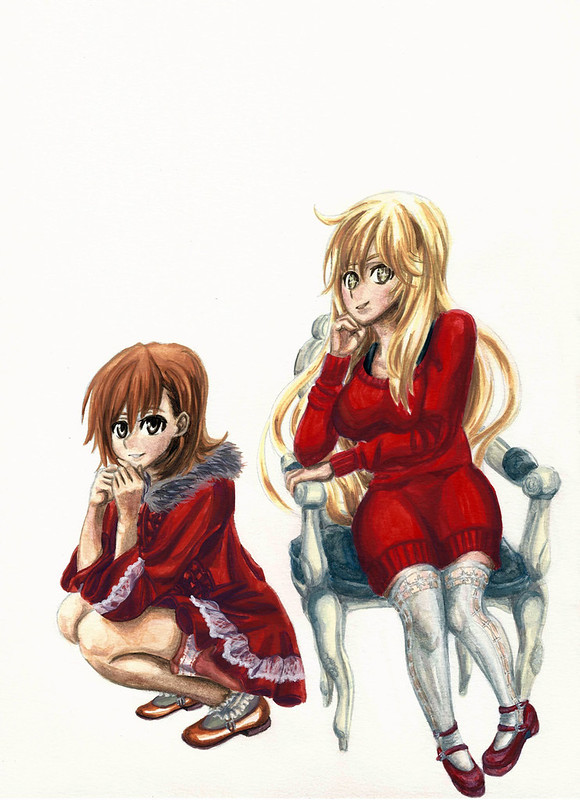 Have a great time guys. Merry Christmas and happy holidays.