Extended version can be seen here:

On April 8th there was a twitter challenge to redraw the character from a “How to draw Manga” book. The book they were talking about was a different one that I didn’t use my self. When I grew up, I used a the version distributed here in North America by Digital Manga Distribution. I know that the whole point of the challenge was to try and redraw that character, which is… well look at him yourself: 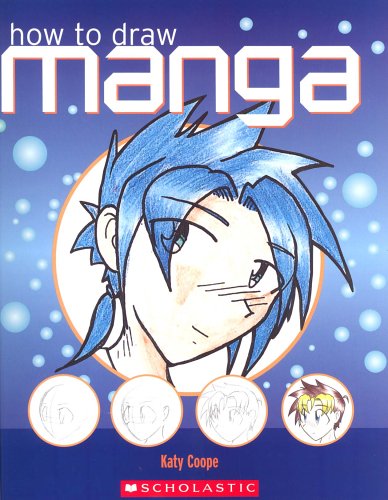 But I was thinking more in terms of retrying to draw a cover that I had once tried to draw when I was a kid. I didn’t quite get the contents of the book themselves, I was more interested in the cover art done by Kazuaki Morita.

In the end, I actually ended up finding that drawing I made years ago:

Man, that reversed hand is just…

Here is the current attempt:

The background music/sounds are from old trailers that I tended to hear from anime that I rented from my local library. People from my generation will know exactly what I’m talking about. Luckily, there are people online that are uploading these now classic anime history. Much like how AnimeCollective is doing. Link to each of the songs used and their respective trailers are below.

“Wake Up” by Chisato:

“Treat or Goblins” by Megumi Hayashibara:

I ended up only watching two of these anime. Blue Seed and Azumanga Daioh. I’m surprised I still haven’t seen Magic Knight Reyearth.

This was painted a while ago. While I was looking through my references, I noticed that there was a photo of a sunny side egg within Karin Miyamoto’s first Photo book. Since I rarely just do drawings or paintings of objects, I figured that this would be a good subject. While I was working on it, I noticed that it would be a good idea to also paint the process of the cooking stages of the egg. Out of necessity for the video that I made for this painting, I also painted the pan with no egg, and a layer that contained an egg that was in the process of being cracked and un-cracked. Though that is only on the video.

Not all parts of the process will be showed here due to the limitations of posting the link. If interested see the video or check them out on Pixiv.

The video for this painting is now live:

When I first used the the Sargent brush I wanted to try out it’s full capabilities and the first painting I used this on was with Momoko Tsugunaga. One other thing I wanted to try out was a painting with water drops and condensation. With that in mind, I chose Momoko’s photo from the variety show (I believe it is London Hearts) where her entire look was given a complete overhaul. It seems that these were for a calendar where different talents were all given the same treatment. It’s a shame but I couldn’t find any recordings of this online, only some screengrabs (this means someone out there does have it/had it). Based on said screen grabs there were about three different photos that I could have used (maybe for a later painting). There’s no denying that Momoko looks really cute with this look, but I prefer her more natural look better.

I mentioned this before, but I think I am finally forming my favorite tools for painting digitally. I’ve been slacking on watercolors though, so I should do some more traditional paintings soon.

As can be seen above, this painting comes with two Youtube links. I already have a couple of paintings that have been recorded and another one that has been edited and will be live this Thursday. Aside from speed paints, I want to make instructional videos where I focus on one technique/topic and just some videos about things that interest me (although I haven’t figured out how I want to structure them yet). Luckily Youtube is allowing songs to be used as long as the owners are cool with it, of course this also means that these videos get no monetization capabilities. Which is a good trade. I actually lost a past channel because of the old methods that Youtube had implemented.

It seems like I can make videos much faster having finished the base work. But they still take a good bit of time…

Luckily I have this one done and I have finished most of my school work so I should finally have some time to work on some personal artwork (oh yeah and spring break is next week)!.

Didn’t get any special instructions for this video so there really isn’t any commentary (aside from the introduction, this one blunder during the video and the ending). If you guys have any questions let me know.
Whenever I don’t get special instructions I will just re-draw some of the official work that is out there.

Music used is vaporwave and Future Funk. I tried contacting the artist but they haven’t replied. I’ve also notice that some videos have been removed by the original record labels that these songs were sampled from. So this video might get taken down. For now it is just a test, so this music format might change.

Videos aren’t monetized and while uploading I already got claimed, but it seems like I can keep the video up, though they will make whatever monetization this video makes. So whatever ads appear aren’t placed by me.

Music can be found here (formated as Artist – Album):

YUNG BAE – Bae: Side B
https://yungbaebae.bandcamp.com/album/bae-side-b

A series of videos where I help people draw. I make these videos on requests. So if you need help drawing someone or something, leave a message.

Video is finally up.

Plus all the new opening and closing animations were pretty time consuming. But that was all groundwork that I can now just edit for the new videos. One thing that will probably set me back still is recording commentary for the videos. That I’m not used to at all. Hopefully I learn to relax when recording so that I can do it faster and with little mistakes. We’ll see…

These are the reference pictures:

I tried a couple new things for the way I presented the video such as having the reference pictures appear as needed and zooming in and out of the sections that I would be drawing. Hopefully that becomes useful for those who use my videos to learn how to draw (and entertaining for those who just enjoy watching these types of videos).

I think I will just draw for this videos (there may be special exceptions from time to time, it depends on how good and fast I become) so that I can make them quickly and specially so that I can work on my own projects on the side, which I haven’t really had much time to do (though I do have some that I want to show you guys soon).

As for music, I’m really into Vaporwave and Future Funk (specially City Pop which is where Vaporwave/Future Funk sampled their songs from). Just as this video was uploaded I got a couple of copyright claims for the music used in the videos. Which I expected. I’m not really going to rely on Youtube monetarily, I already got denied that ability since my videos and subscriber count weren’t high enough according to their new guidelines. So these videos are really more of a hobby. Hopefully people do learn from them, because I know I have doing them (in more ways than one).

In any case, the music can be found here (formated as Artist – Album):

Name of the songs are in the video itself.

That should be it for now, I’m currently working on a new project for school which requires me to read another book. But at least I don’t have to do another powerpoint presentation again so it shouldn’t be too bad (though I still have to write another paper about it). Aside from that I am going to be working on another video as well. I already recorded so it’s just a matter of editing which should’nt be too bad, it’s the recording of my voice that really gets me. But if I don’t do it I wont get better, so I just have to grit my teeth and do it.

As mentioned before I did work on some new art pieces, nothing really new, they are just practice pieces. I will upload and talk about them later.

It’s been a very tough time lately, it has been filled with a lot of work from all fronts (school even has me reading multiple books at once…). But the main time consuming thing is creating the new format for my Youtube videos. I will finally be making that comeback I mentioned, but I really want to up my game so I’m trying to create a strong new video format that I can feel proud of and that people will hopefully like and will also retain their interest. Time constraints are a bit rough right now though. I also have to make a presentation in a  week about a book we have to read for class and that will require a good a bit of time. Haaaaa…….

I have made some new things just haven’t had the time to upload and whatnot. Let me get through this things and hopefully I will have some more time soon. We have a lot of things to catch up on, seriously.

For those of you who read these here is a sneak peak to the video:

I will be adding some “shading” later on but haven’t had the time to do so yet. I’m still not done with the ending quite yet, but the meat of the video shouldn’t be too hard to figure out. But I do worry about whether I should actually talk in the videos or not…

Will try to keep in touch.