This was originally drawn in July 26.

I’ve never used a dip pen till I drew these. I didn’t know exactly what I would be able to do so I went with a simple design. Then on September 3rd I decided to try giving it a simple painting process I believe using Photoshop.

Personally I liked the way Sayu’s ink drawing turned out. 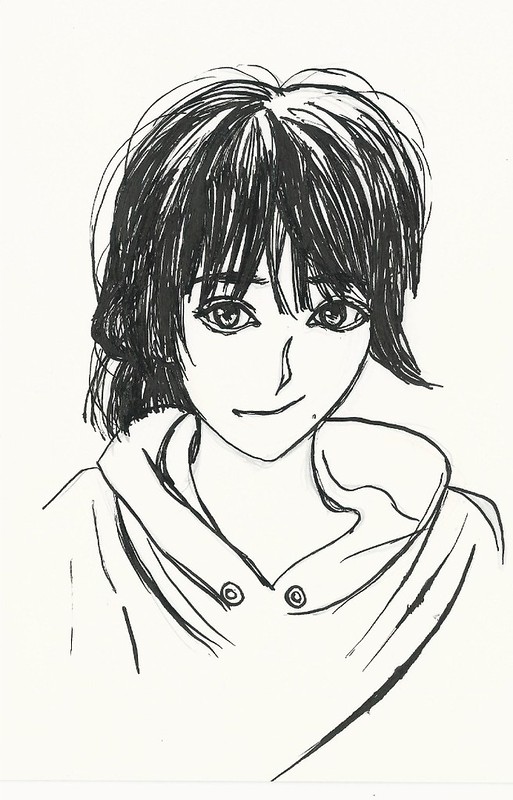 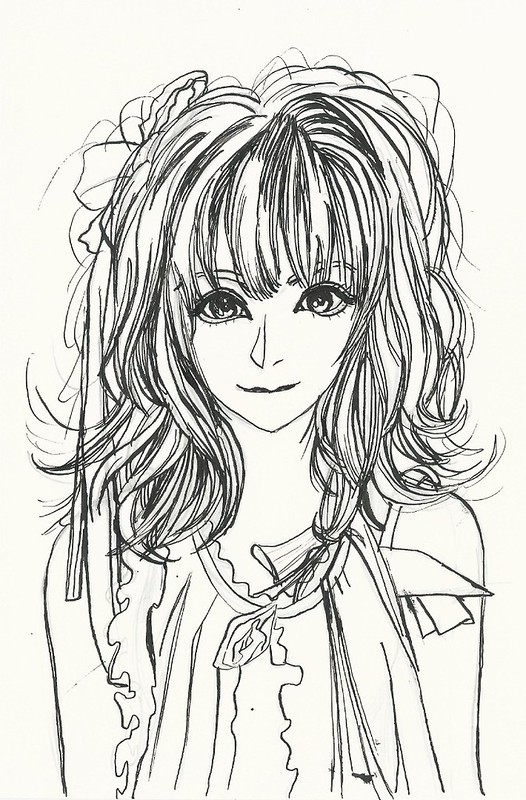 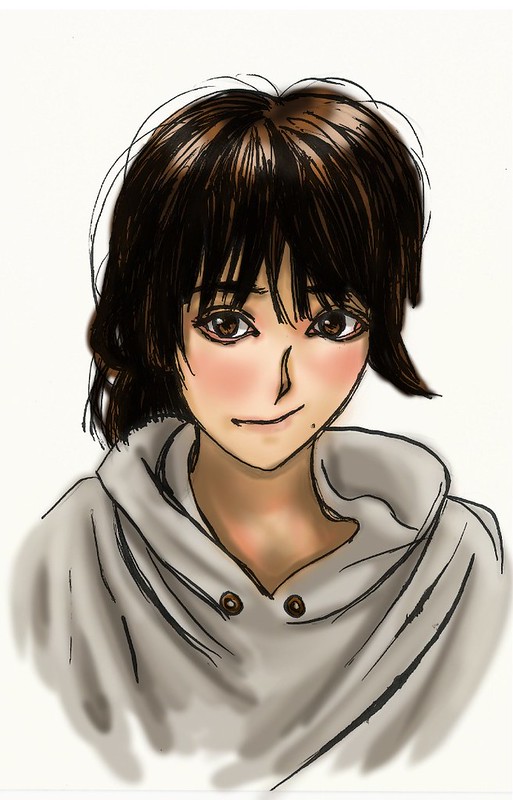 I was wondering how much color I could actually work with, but since I was unsure I went with really simple colors. I like the way it looks but I really want to do things differently now. I wonder what colors I could use. The problem of using things like black pens is that it limits one through values. I’ll have to practice a bit and find out.

I was thinking if I should draw her eating the chicken wing but decided to omit it and instead gave her a similar expression since I really like how she looks in this photo. 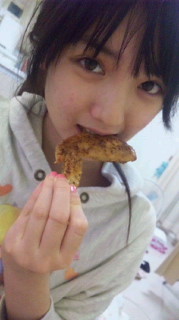 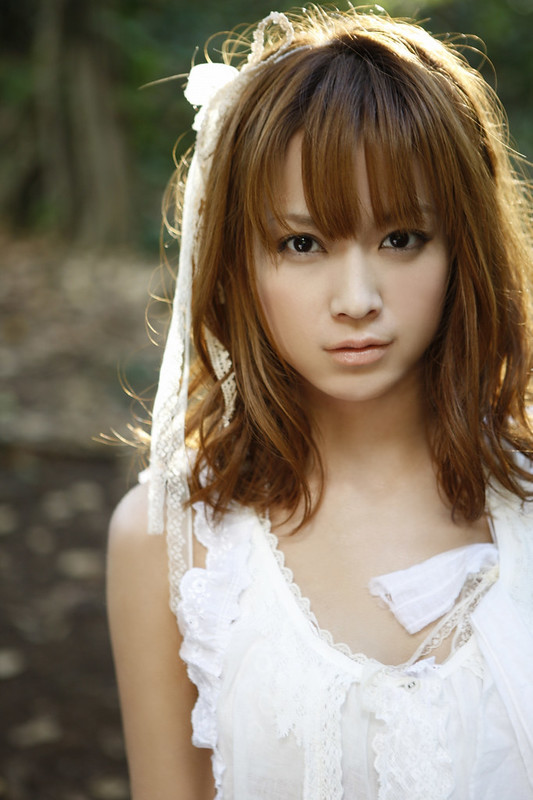 Thinking back I’m quite amazed at how much I can do now after Inktober. I never would have guessed that I would not only be able to draw freehand with ink but that I would feel quite comfortable doing so. I still do mistakes from time to time but it isn’t too bad now. But since this was my first time and I rarely work with a permanent medium like ink when drawing I used a pencil to do the rough draft and primary line art. 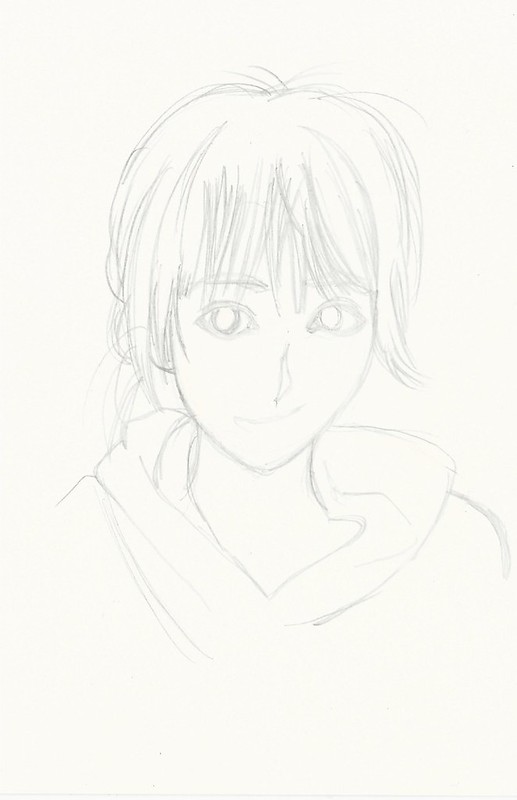 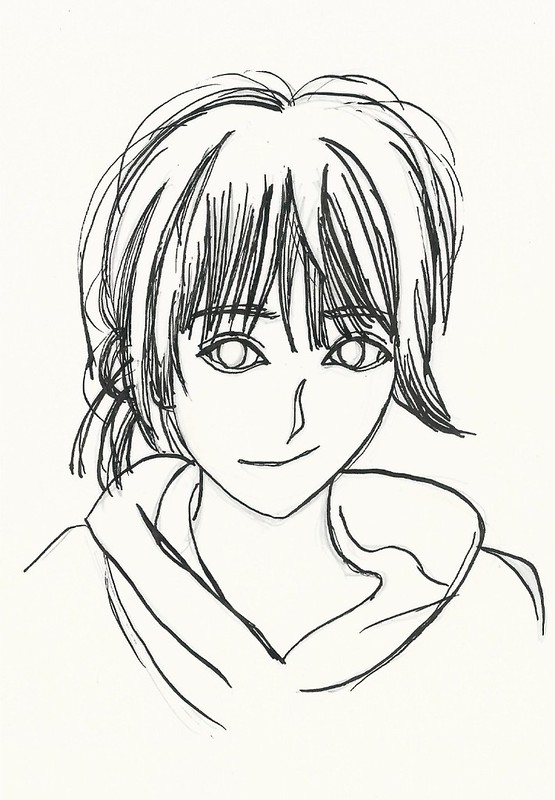 I really like her expression and the way she looks right into one’s eyes. 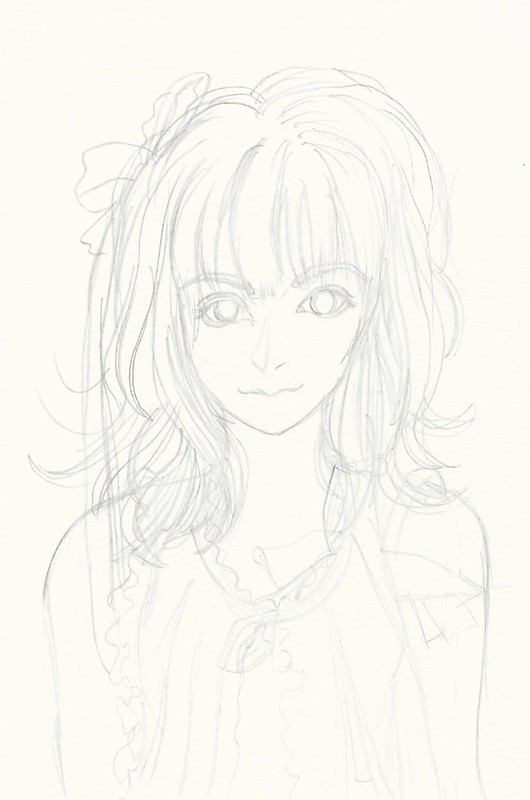 I was contemplating what I would do about adding shading to her hair but I was too worried I would have messed it all up so I decided against it. Looking at it now I could have done so many things differently and add more details to make it all pop out more. But for a first attempt it isn’t too bad, the lines are just too rough.