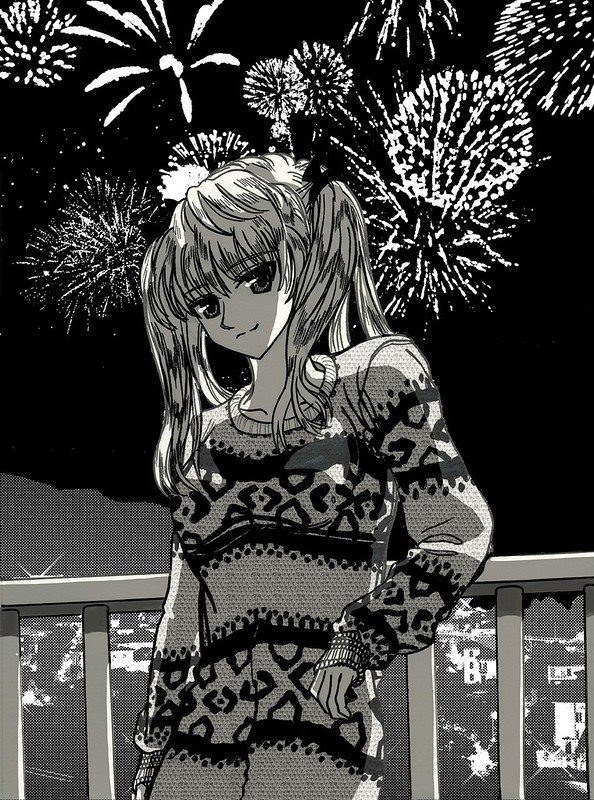 This is the third try at coloring. This time I will be using an old piece from 2008. This one is from one of my top manga favourites School Rumble. The reference used for this recreation came from Vol. 1 Chapter b01.

Here is the original:

I remember the first time I saw this page I fell in love with the artwork so much that I just felt compelled to recreate it. I noticed that there isn’t much shading done on my attempt. I wonder if that is because I drew with pencils not much stronger than HB or because it is so old that the graphite has rubbed off? Or maybe this was back when I was still trying to master shading?

In any case here is the piece I used to practice my digital painting:

I’d say i got rather close, although my lines are quite rough thus showing how much I was struggling making fine lines and making a clean recreation. On top of that the lack of shading does make coloring digitally more difficult. Despite all that, I am quite amazed at how it turned out.

As for my first attempt to color it, here it is:

It doesn’t look all that much special does it? Take into account that I did do quite a bit of work on this piece. I also added quite a bit of details with countless layers to add more depth to the drawing, but in the end it still looked rather mediocre.

That’s when I remembered a technique I had been playing around with when I was painting the first Cardcaptor Sakura drawing. And that is to add a duplicate layer of the drawing (specially if the if it lacks shading) so that it can give it more depth and detail. So here’s how it looks after doing just that.

Remember I just duplicated the original drawing layer (the drawing layer is all on it’s own set above all layer, marked as Multiply):

Doing something so simple gave it so much depth, and I really didn’t have to change any of the colors to achieve it. It’s quite wondrous how much the drawing and colors changed just by duplicating the original drawing. The hair alone was giving me problems, but this one technique gave me the color and feel I was looking for. 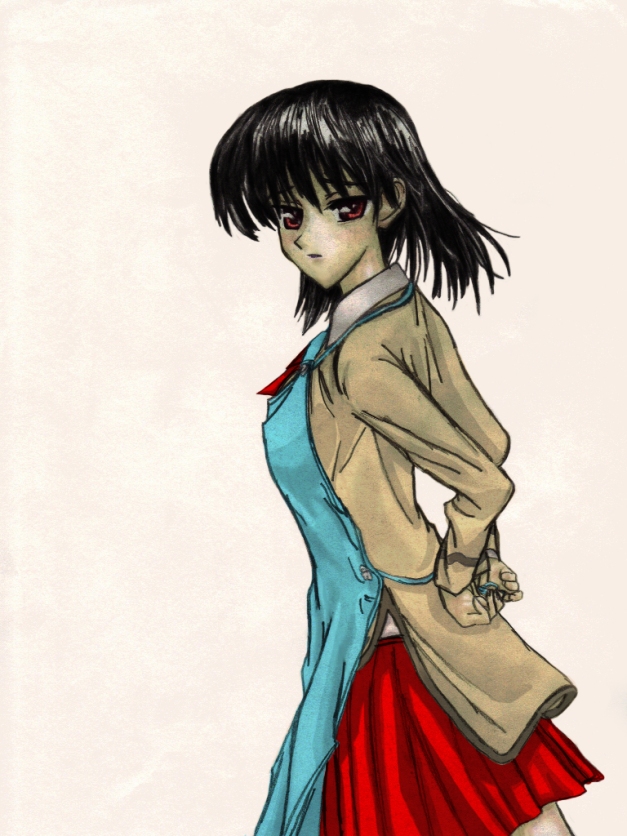 After this I just tried playing around to try and create a background from scratch just using my imagination and the tablet. I did ok, and would just need to add a bit more layers of detail on all aspects to truly bring it to life. But in the end I see no need for that since I can do that and more just by doing it traditionally first then applying color later.

In any case here are my unfinished attempts at creating a background: 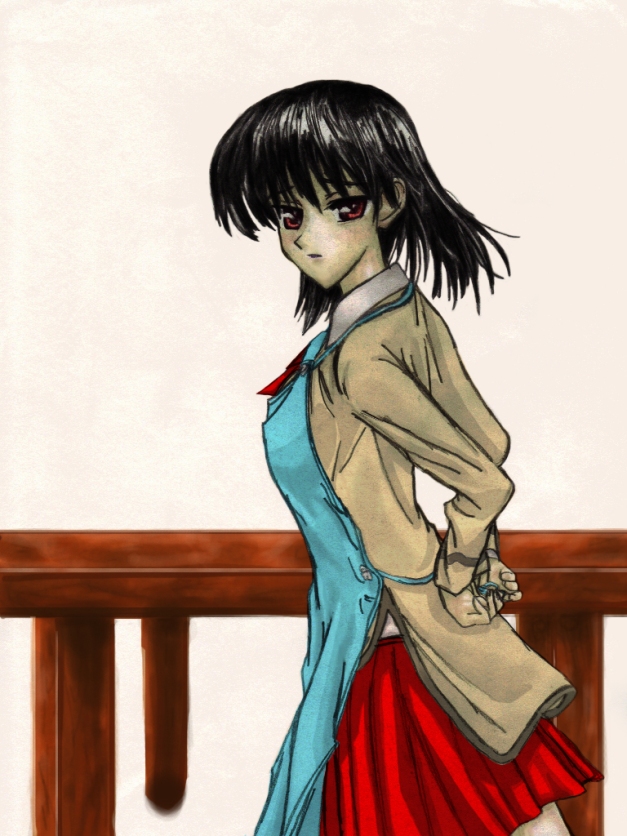 It looks quite out of place next to Yakumo, but making it all fit would require quite a bit of tweaking to make it all cohesive and look good. But I think I should just develop my own style for now and learn how to make art digitally that way and then eventually learn about making all digital work (at least for backgrounds) later on. Though I will just end up integrating those techniques to work along side mostly traditional artwork.

I will stop working on art for a bit so I can work on that Youtube video I mentioned before. I want to try and make something different and that’s also high quality, so that will probably take me a bit to make and edit. Hopefully not too long.

I finally finished that drawing I was talking about. Here is a link to the contest just in case you guys want to join, theres still 18 days left: http://anime-x-life.deviantart.com/journal/Draw-our-Mascot-CONTEST-18-DAYS-LEFT-533616298

I will write a bit about this drawing tomorrow and what I was thinking when drawing it. 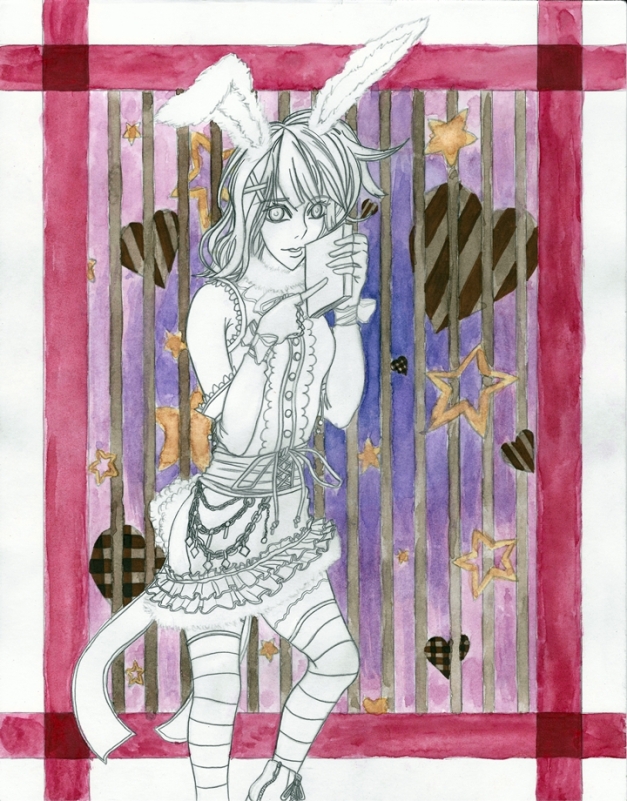 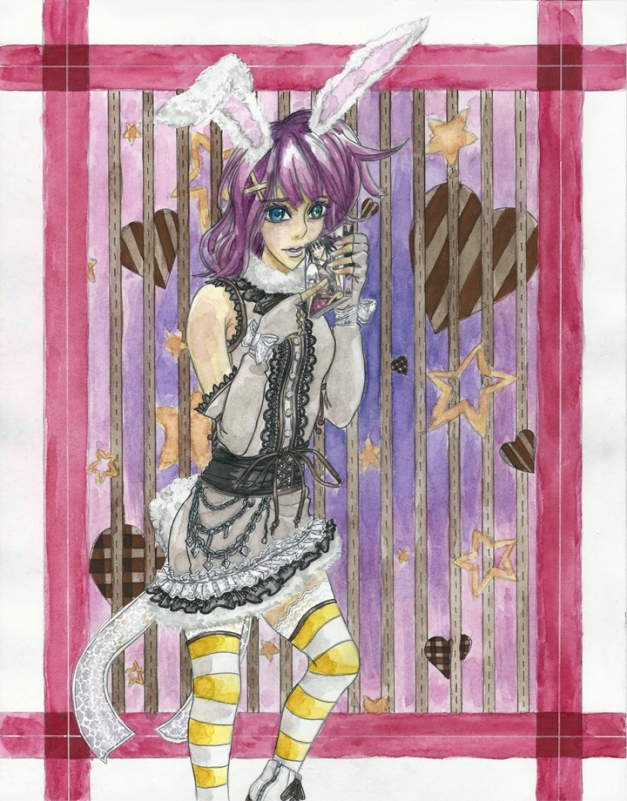