This is a double feature of sorts. I will be doing two types of painting on this drawing of Goku which has been drawn with ink. I first used watercolors to paint Goku and then I painted him again digitally using Corel Painter 2020. The time between each was very noticeable. The traditional painting took and the digital painting took me only . I really have to think about how I advance after every movement. Meanwhile with digital painting, I seem to have more experience and I can make as many mistakes as I want since I can undo right away. But I guess that doesn’t completely transfer over to traditional. Although I can go as detailed as I want, it might be better if I develop a simpler style like Little Thunders which can be so versatile but not overworked.

This painting has made it clear that I should practice more with watercolors. One other thing I remembered, don’t ink your drawing if you will be using watercolors on it (this is only if the inks aren’t waterproof). Otherwise they will smudge when painting. Instead, go over the lines by pressing hard on them using a pencil (I mean I know this, I don’t know why I didn’t remember). Then erase everything. If done correctly, the lines will be visible even when painting over them. One you are done painting, the line art process can finally be done. This can be done with ink, color pencils or more watercolors.

It’s the 6th day so how about a sixth generation member of Morning Musume. I’ve been obsessed with Michishige Sayumi lately so this time I chose Kamei Eri, probably the funniest member in Morning Musume’s history. She’s just so funny and cute in a way that was entirely just Kamei Eri. It’s no wonder she is a fan favorite for many people. On top of that she gave it her all in the concerts. It’s really hard not to like her. One can really find her charm in any of her appearances in Haromoni or any of the dvd’s she appeared on. It’s a shame one doesn’t hear much from her anymore after her graduation. I hope she is doing great as a “normal” person.

One complaint on the drawing itself is that I made the eyes too dark. I should have given them a slightly lighter shade. But over all I really like the way she turned out.

This time I only used my G Pen (definitely much easier to control than the brush pens). 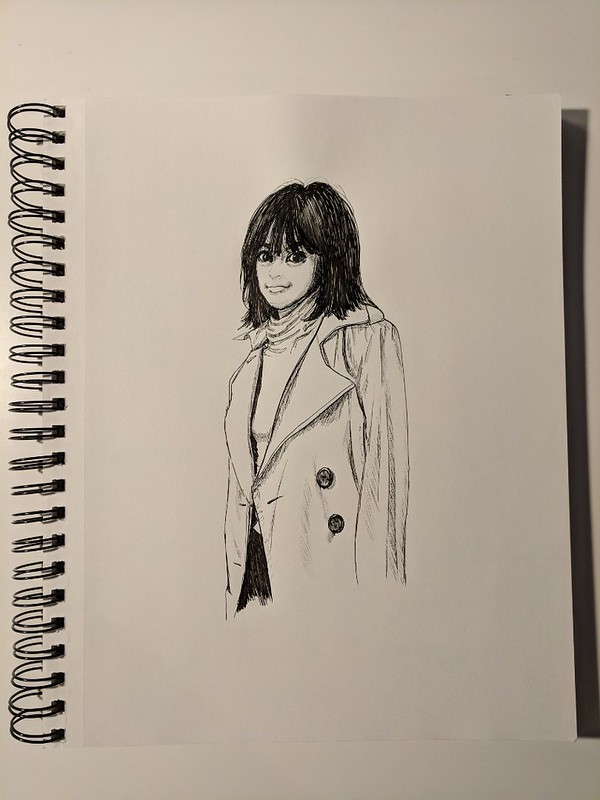 Here is the reference picture I used from Eri’s photobook “Thanks” (her final photobook). I like this picture because it fits so well with Autumn.: 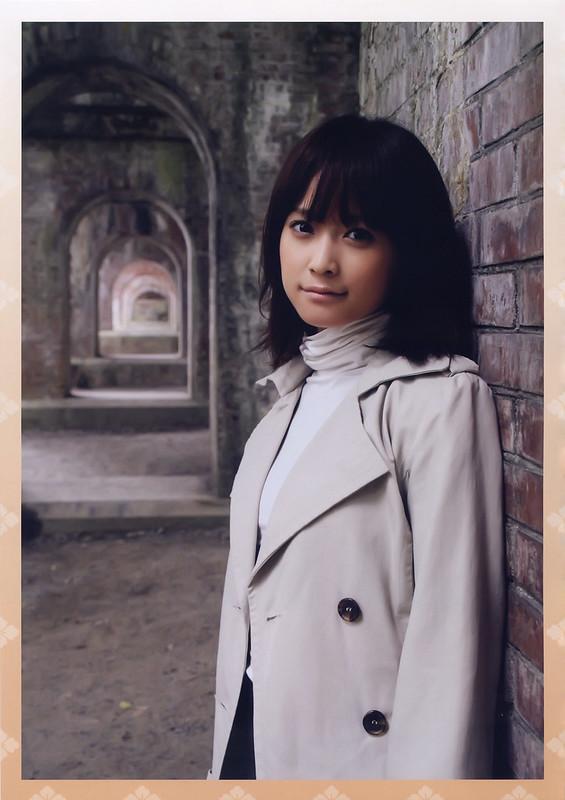 And here is the process for those who are interested. 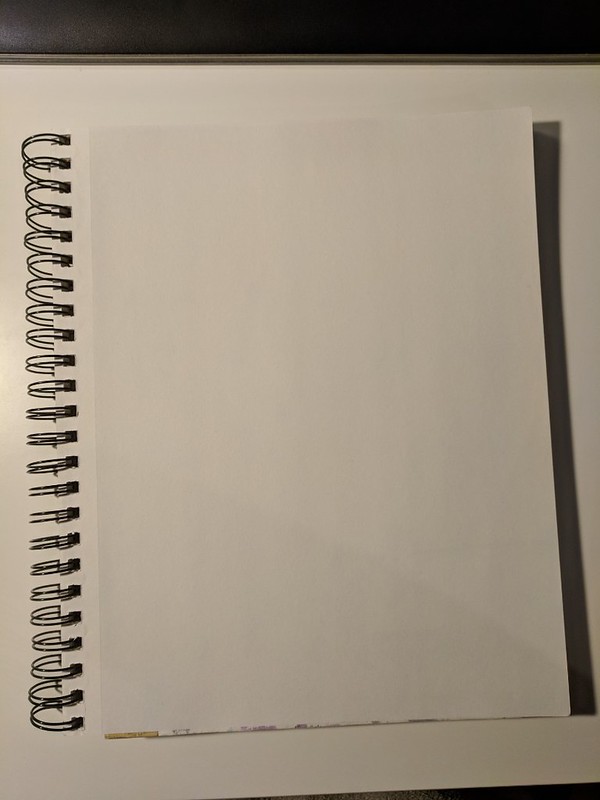 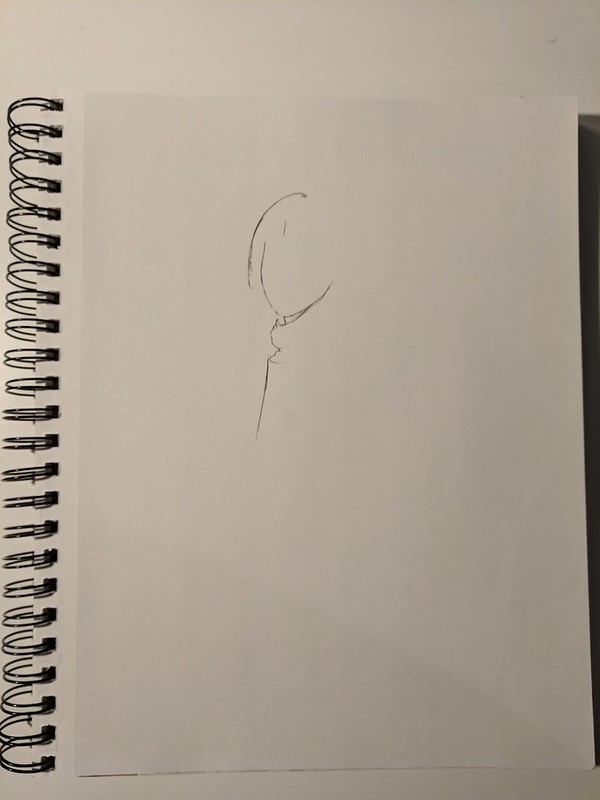 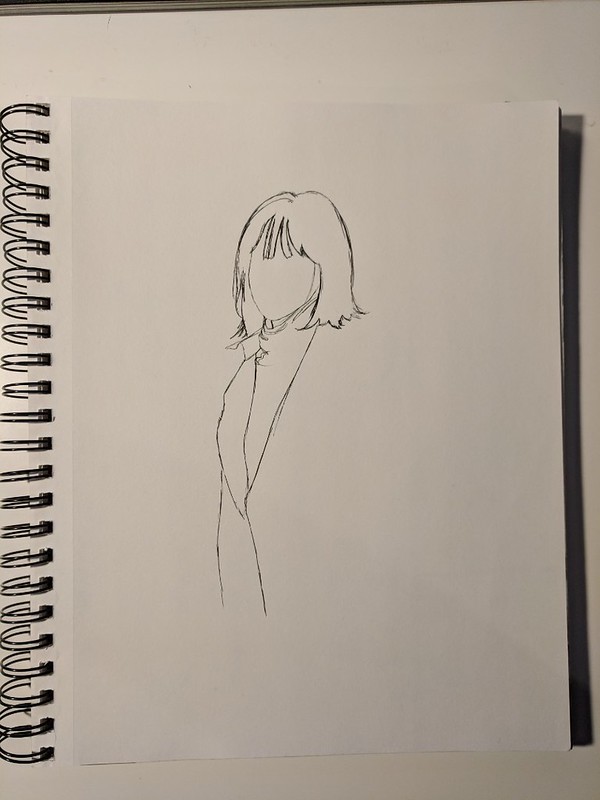 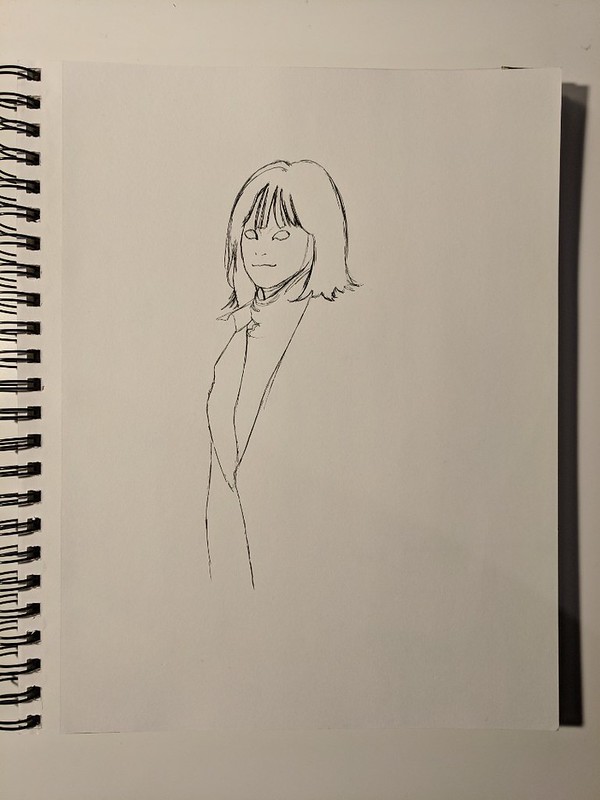 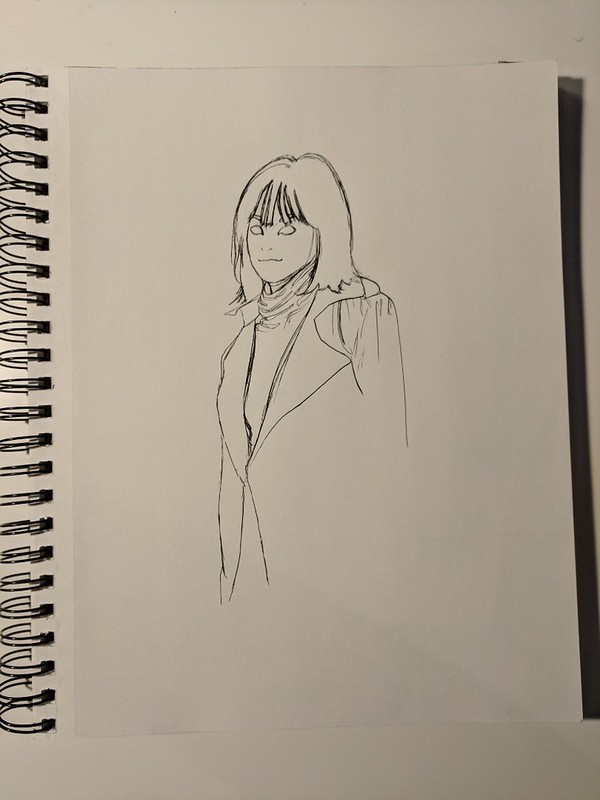 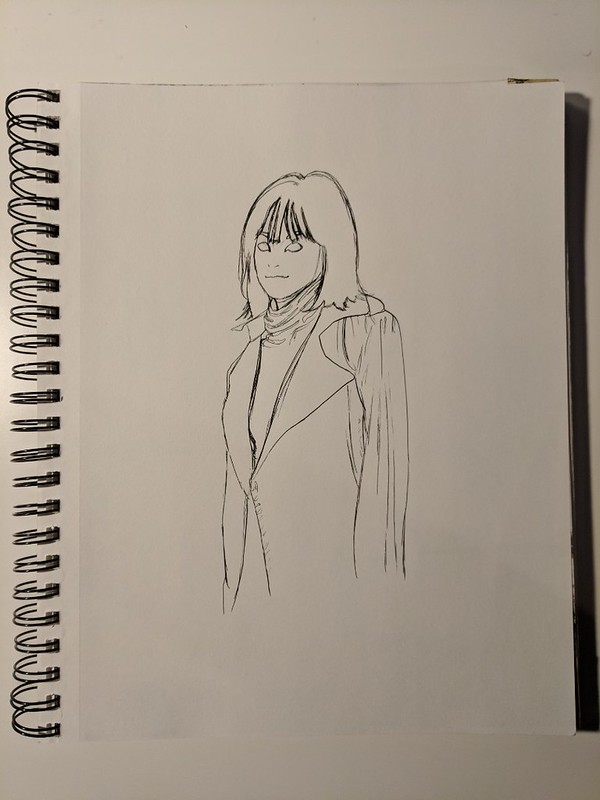 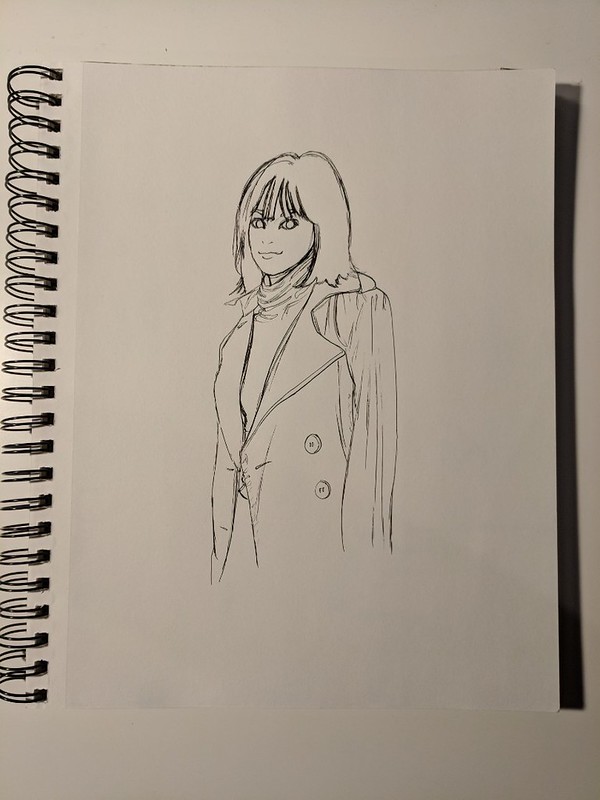 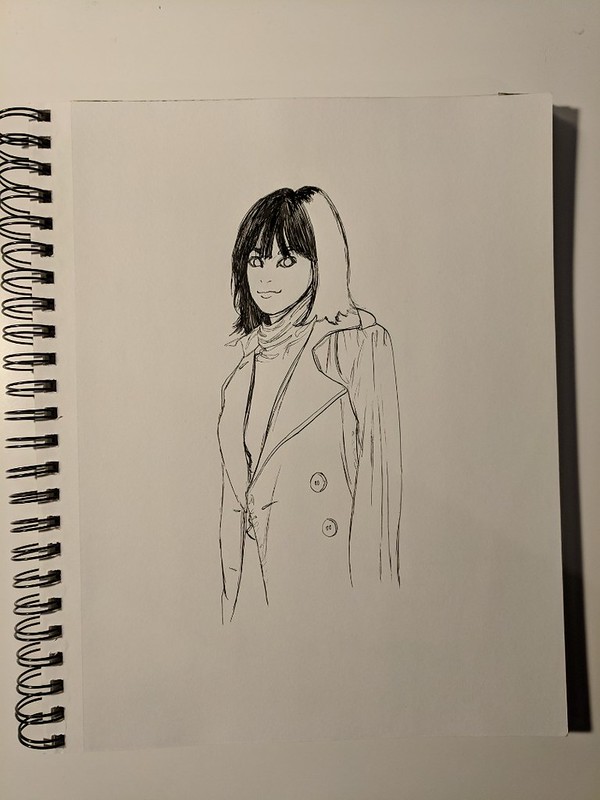 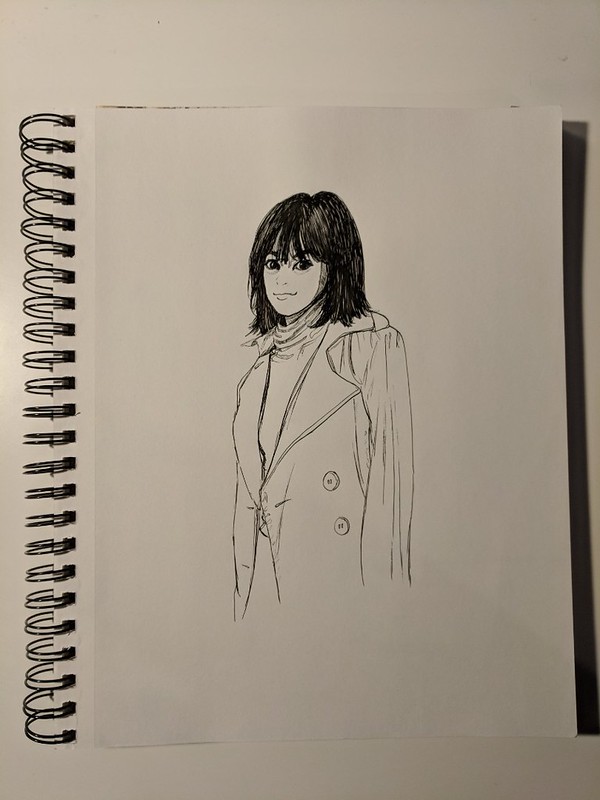 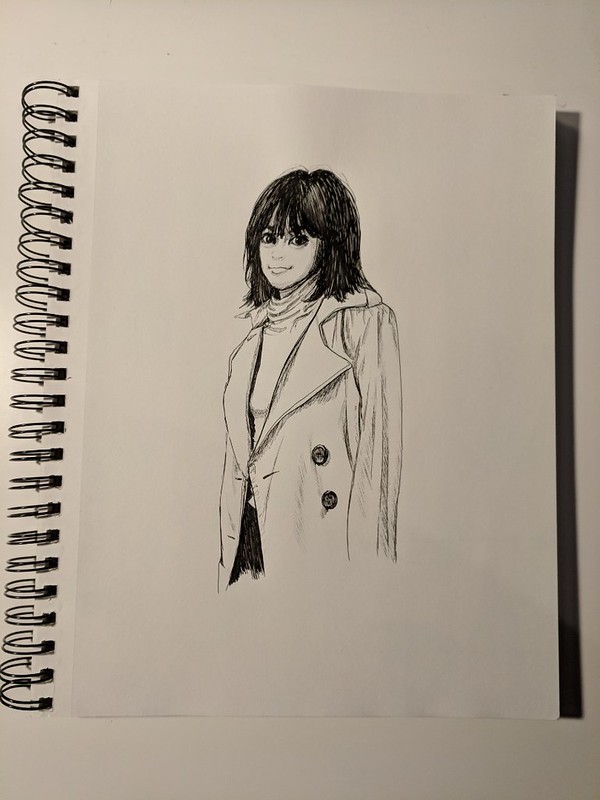 That will be all for now.

SPECIAL – A present to Kamei Eri

It has been quite a while since I last uploaded something. But I personally prefer it this way. I really do think that quality over quantity is much better. For this installment I have added another SPECIAL video to commemorate the birthday of another one of my favorite Morning Musume members… Kamei Eri, the sleepy turtle.

I found her to be extremely beautiful and cute when I first got into Morning Musume, and as I got to know her and the rest of the members more, I just could not get enough of her and her segments. She really made things so funny and interesting. I recently found some of her old appearances on some variety shows and couldn’t stop laughing when they declared her as the person who would most likely communicate with aliens. At times her expression really made me think she actually was.

It’s a shame I was only present to see her last year on Morning Musume (that’s what I get for learning about them late). Whatever she decides to do on her future, I can only hope her the best. I’m sure she is capable of forging a path just for her, whether we as fans are able to witness it or not.

As for the drawing, I’d say that I had the most trouble replicating her face. I really took quite some time to draw her out. I had to redo a lot of details. Even at the end, I question whether I was able to truly capture her essence. In any case it was really enjoyable. Now, for those of you who do not know, recently Ai Takahashi released a couple of pictures of the current Eri, who actually allowed her self to get pictures taken of her. And that is where I got my reference material. In other words you are looking at Kamei Eri as she looks in 2012. She really hasn’t changed much, the only difference is that she has her natural dark hair. Which I truthfully prefer, she looks extremely cute and natural.

If you happen to see this message: