Initial A Suzuki Airi vs Takumi

A couple of days ago Airi posted an instagram story of her pretending to drive or should I say race a car while some Eurobeat played in the background. I believe it was Deja Vu but I may be wrong (it was definitely one of the iconic songs). I was actually quite surprised that Airi was aware of Initial D so it was a great surprise. It’s a shame it was a story and wasn’t left permanently on her instagram because I really wanted to see it again.

After watching the video I decided to make a drawing about it. I wasn’t too sure of what car to choose for Airi. At first I was thinking of using one of the cars that appeared on the Buono! music videos but then I figured I should choose a small compact car that was a bit more in the AE-86 class. So a small compact car that fit with the English theme of Buono!… I for some reason like the aesthetic of mini coopers so I ended up going with that. Luckily I had some references of mini coopers in my references collection so I really just had to find some references of Airi and Takumi (as well as his 86 which for some reason I didn’t have many of). I made a lot of mistakes while I was drawing but I cleaned what I could with my Nicker poster color which worked really well. After I was done inking and shading with ink I then used Photoshop to clean up the pencil marks and adjusting the black and white levels. Once I had that going I then used Clip Studio to add in the sound effects that are so iconic of Initial D.

I quite liked the way it came out. Hope you guys enjoy it as well. 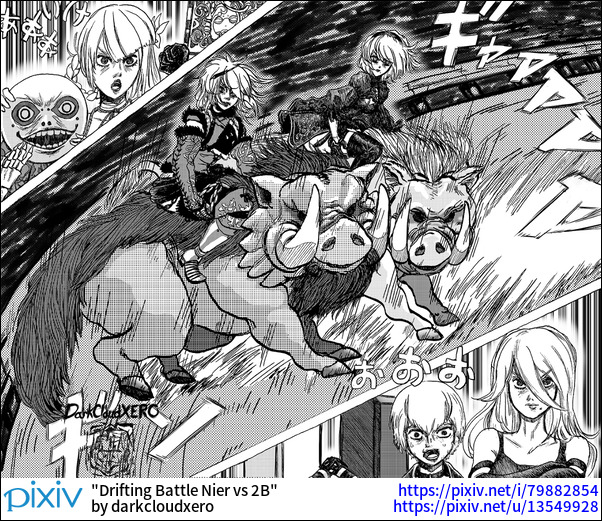 Today’s prompt is “weak”, I had some ideas (mainly Shinji…, and Tomoko from Watamote though portraying that may be a bit tough since she is such a complex character) but in the end I don’t know if they would work or repeat too much of the same ideas. So I decided to look at some of the manga in my collection and then spotted my Initial D volume sitting there and remembered that Itsuki and his 85′ existed. He talks a big game but is… well… pretty weak. The perfect candidate!

This is the finished piece: 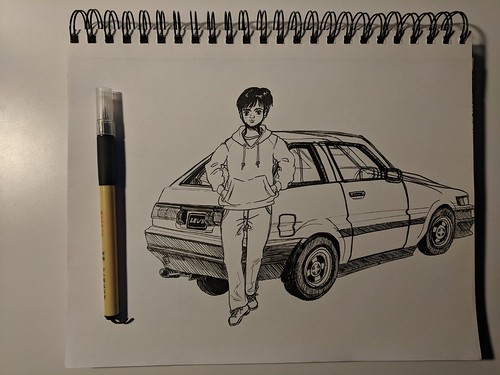 Here are the reference pictures: 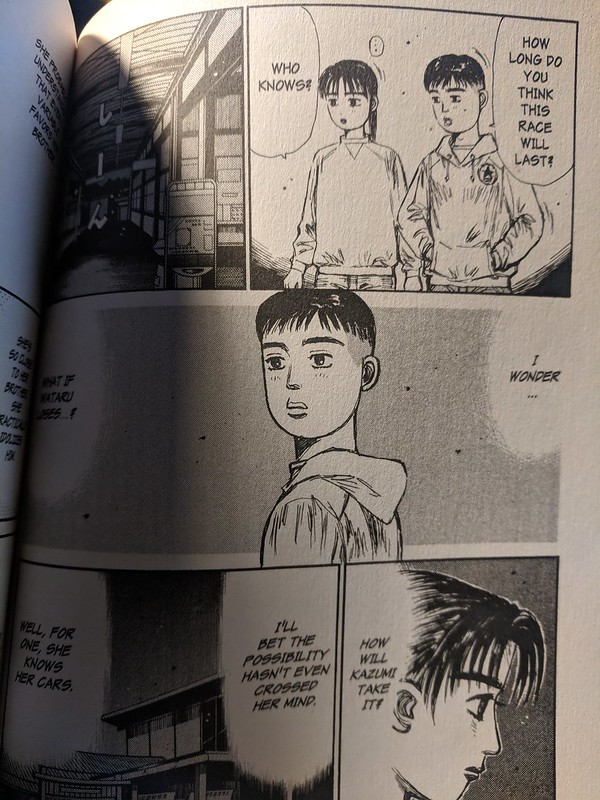 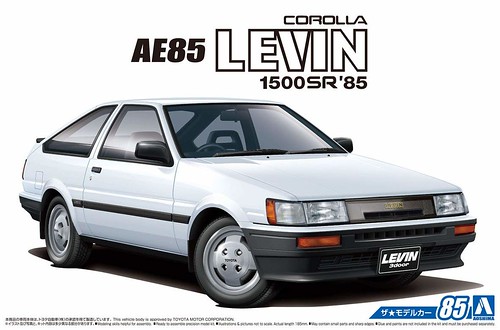 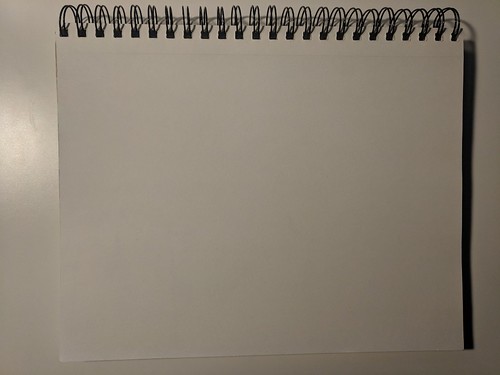 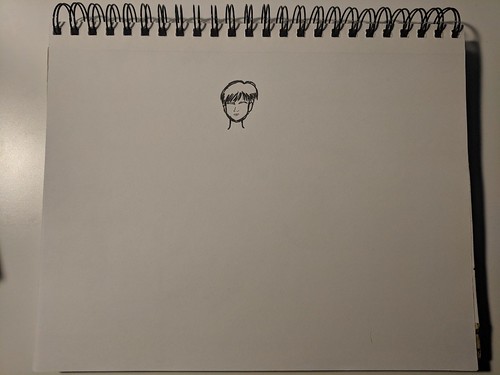 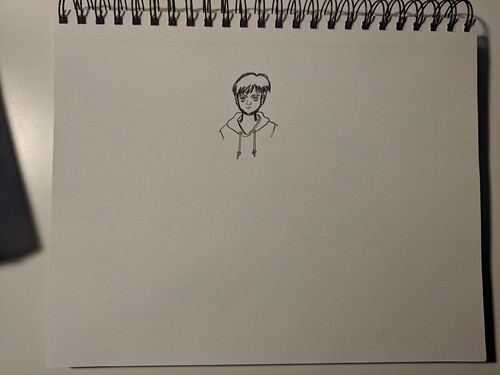 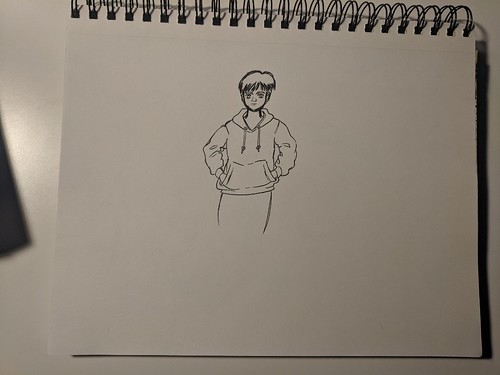 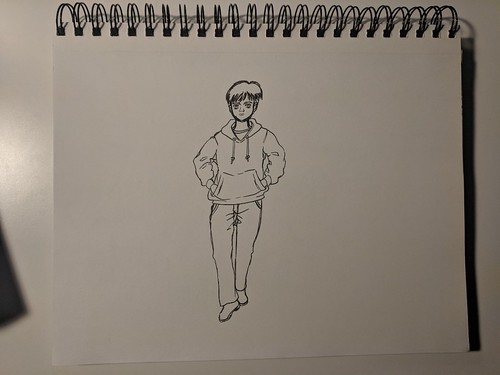 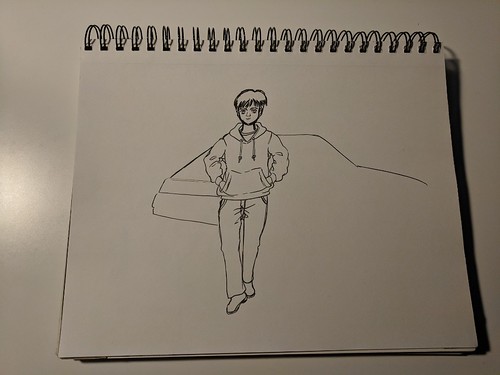 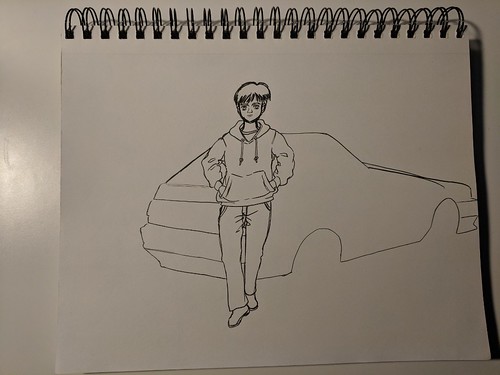 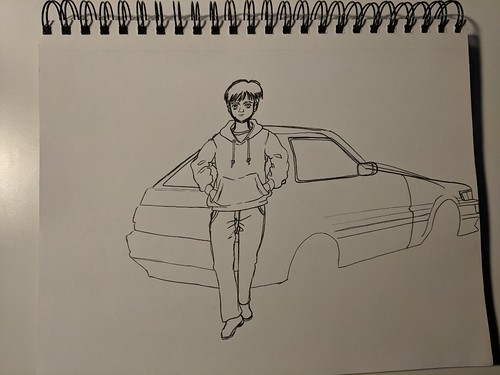 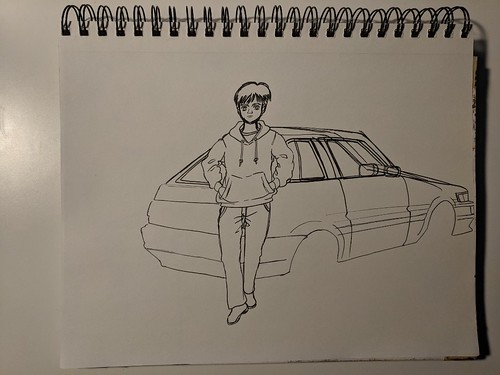 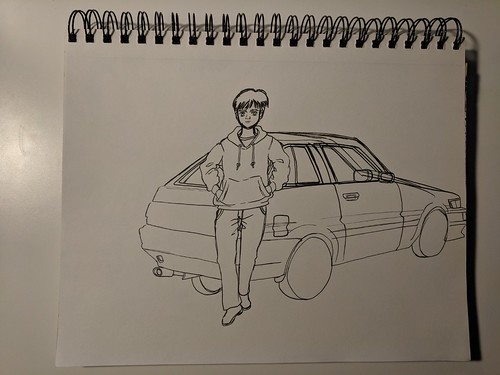 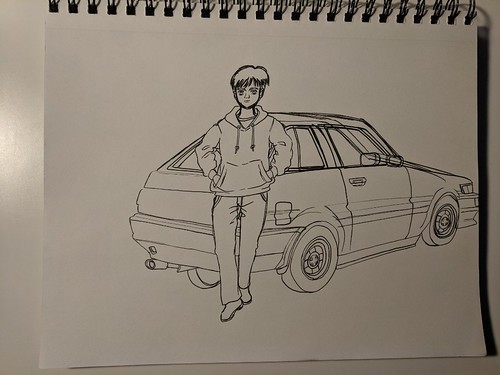 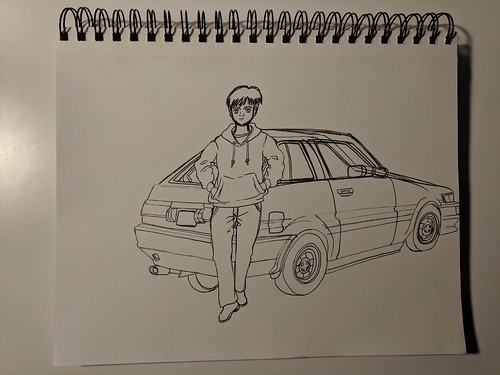 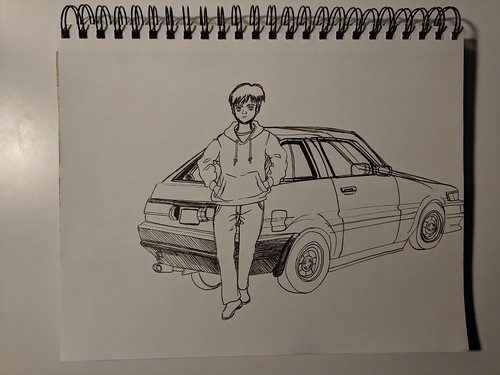 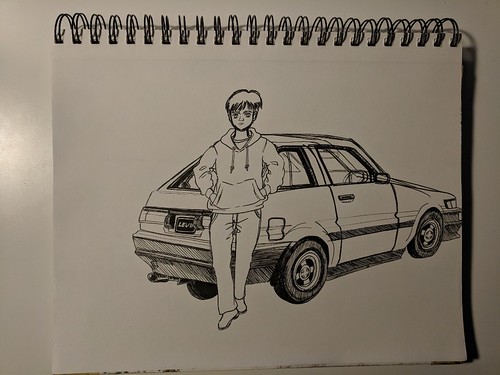 One of my plans for next year and some thoughts.

Fall is finally here! And I can’t tell you just how happy that makes me. Fall is my favorite season after all. On top of that, it’s no longer Summer which I can’t stand because I really don’t like the heat… at all. (；￣Д￣）

But yeah, when I work on the Honedge outside it feels great whenever a gust of wind pops up every once in a while and it isn’t hot air that drains my energy. It’s also great because it brings back memories of when I worked on other projects around this time of the year. °˖✧◝(⁰▿⁰)◜✧˖°  So Magical…

With that said, let’s talk about one of my plans for next year. Next year I want to start entering the Artist Alleys in conventions. This year I went to my first Art Show at NDK and learned quite a bit. But as an artist that loves to draw anime and pop culture themed artwork I should make this a focal point to my survival as an artist. So having said that, I already applied to next years local Artist Alley at a convention named Animeland Wasabi.

Hmmm… I’ve been hearing some “interesting” stories that people have had with the Animeland conventions in general. Although that does raise some red flags, nothing ventured nothing gained. So if I get chosen to get a spot I’ll go for it and see for myself. Truth is that I have only gone to this convention once about three years ago or so…

Wait, so as  I was researching this convention I was also keeping my eye out for any other conventions here in Colorado and found out that there is another one named Colorado Anime Fest. Never heard of it before… Oh, it seems like it’s a new convention that just popped up this year it seems (sorry, I am writing this as I’m looking up information). The thing is that it will be going on at the same time as the Animeland convention…

Well if I had a choice, I guess I would like to give the new guys a try. And their tables seem pretty affordable as well. So if I do get a spot I’ll probably give Colorado Anime Fest the first pick. Since I’m still starting out, maybe it will be a good idea to start at a fledgling convention as well. So I will apply right after this.

Heh… That’s pretty cool. So we are getting more conventions throughout the year here in Colorado. Seems like Colorado had a reputation of not having many and or losing them quite quickly leaving NanDesuKan as the only one to survive throughout the years. This is really great news. I wonder if it has anything to do with more people moving to Colorado?

Apparently there are other conventions although they tend to deviate to other themes such as comic books, steam punk among others, but I’ll stick with the anime based ones.

So those are some of my plans for next year. Hopefully I get a spot at Colorado Anime Fest and NanDesuKan next year. Here’s hoping. ( •̀ᄇ• ́)ﻭ✧

For now I will continue to work on new pieces that will hopefully attract more people to site, and hopefully get more clients.

Oh, just a little something extra. When I did go to Animeland Wasabi I got a chance to photograph these guys.

Just kidding. Well despite what they say about Animeland, and despite it being small, it was still pretty fun.

Well that will be it for this one. Next time I want to give an update on the Honedge.