Now that my Rei Ayanami drawing has been fixed, I can now go ahead and hatch it as well as eventually color it.

Can be seen here:

I didn’t like how I originally drew it, so before I inked/painted it I wanted to fix a couple of things. Mainly the face. It’s amazing how a couple of changes could make such a big differences.

Day 18. Today I drew Rei Ayanami. I think I should make Rei’s (our right) )eye slightly smaller, some point in the future.

Day 7, Rei Ayanami. Will have to try drawing it again at some point in the future. Didn’t quite like the way the eyes look and I think I will have to make the arm a bit longer.

The new Evangelion movie has finally been released here in the States. But I have yet to see it… This drawing is to commemorate it’s release. Really looking forward to watching it when I get a chance.

There was something very comforting seeing Rei doing some farm work. It gave some really strong Ghibli vibes. I wanted a dreamlike aesthetic so I used really vibrant colors for this painting. Rei looks quite peaceful. In a way, this piece is the opposite of Asuka’s winter painting.

Will write a description next time I have some time. This one had a lot of steps.

I wanted to try working with the more simplistic style again today. For my model I chose Momoko Tsugunaga and while looking for some reference pictures I came upon some where she was cosplaying as Rei Ayanami. Which in turn just turned into Rei Ayanami in the end. I don’t have enough blues in my collection of Copics so I’m a bit bummed that I wasn’t able to do much with her blue hair. Looking at my drawing there are still traces of Momochi which I like. At first I had Rei smiling but decided against it. The end result gives her an expression of noticing the viewer and glancing over. 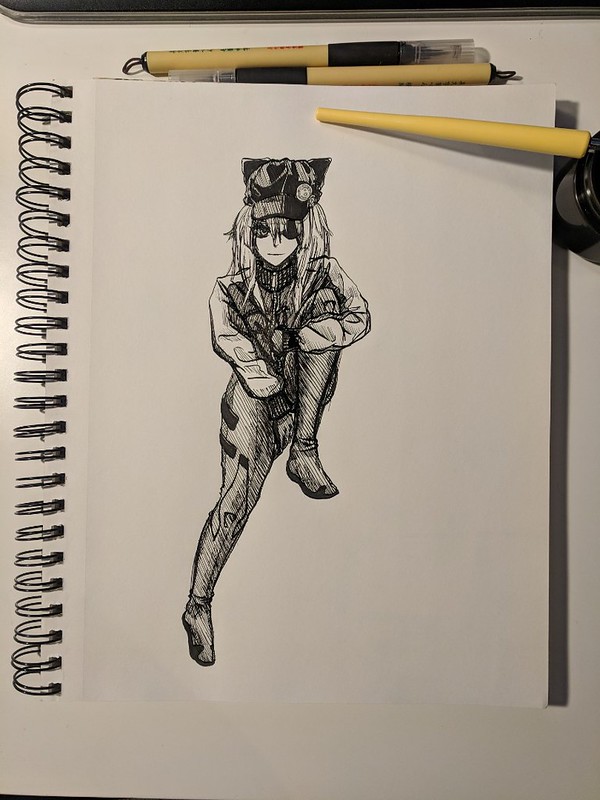 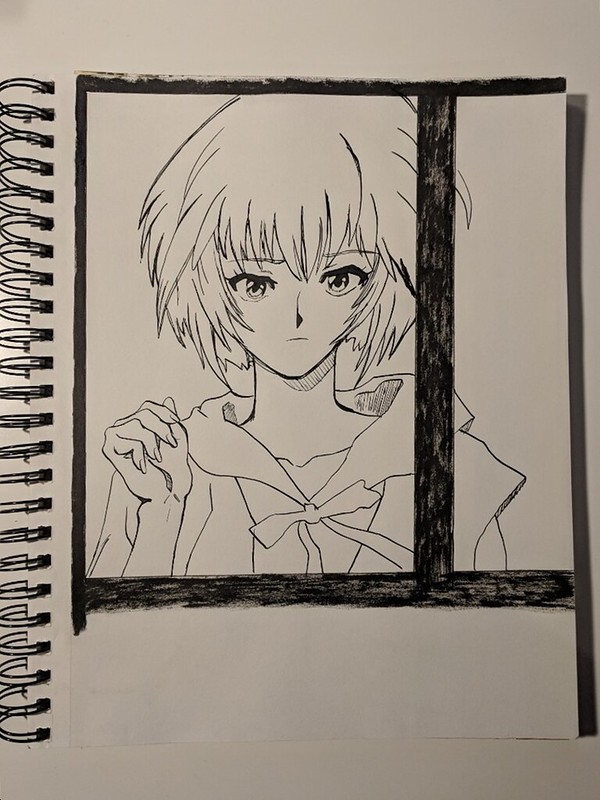 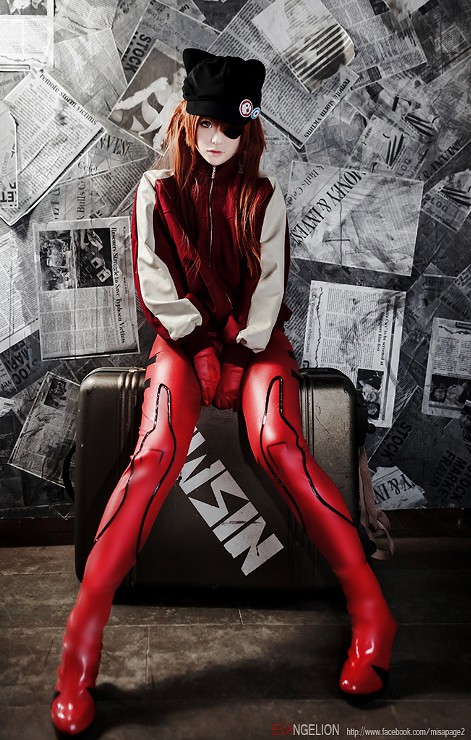 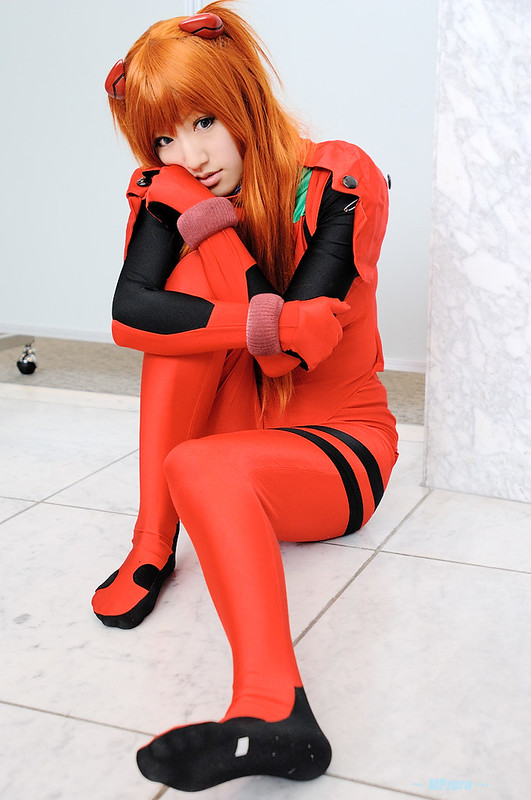 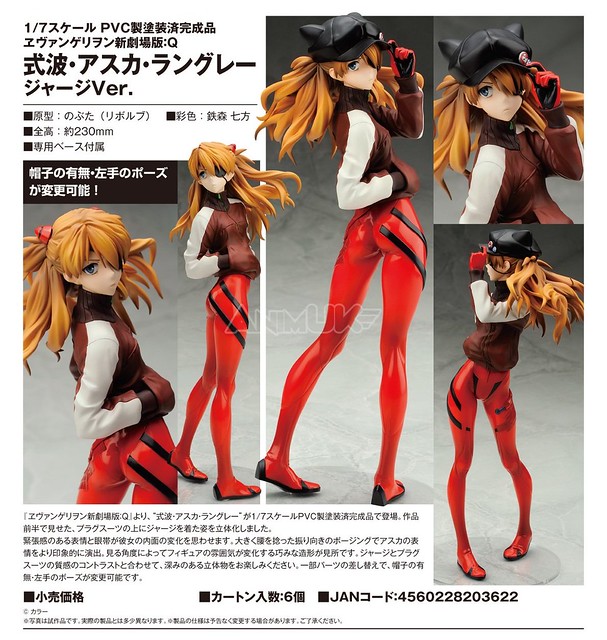 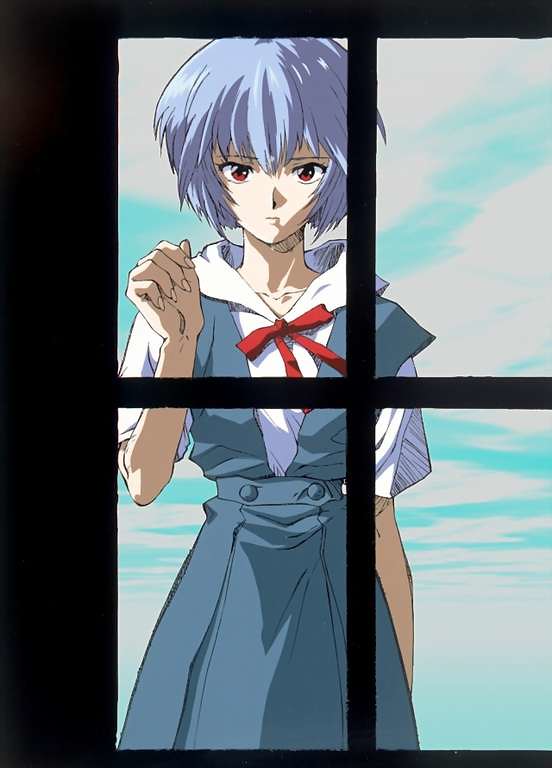 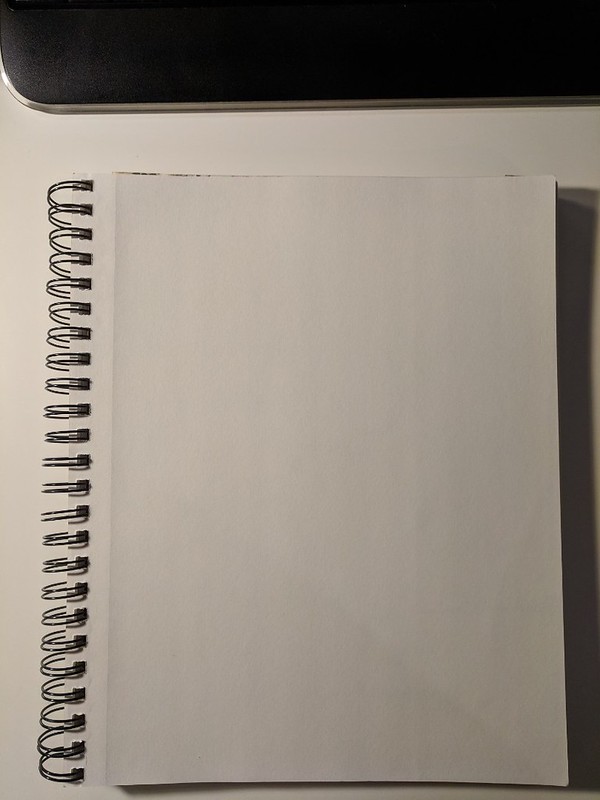 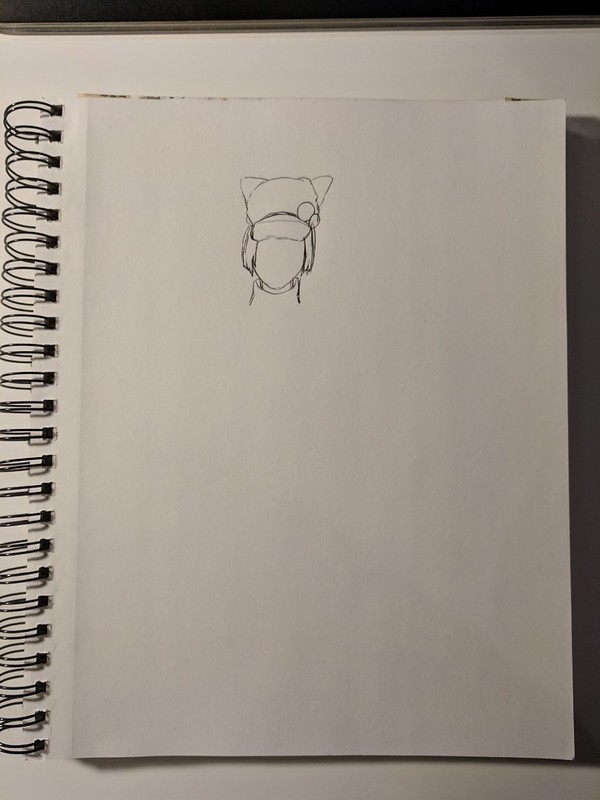 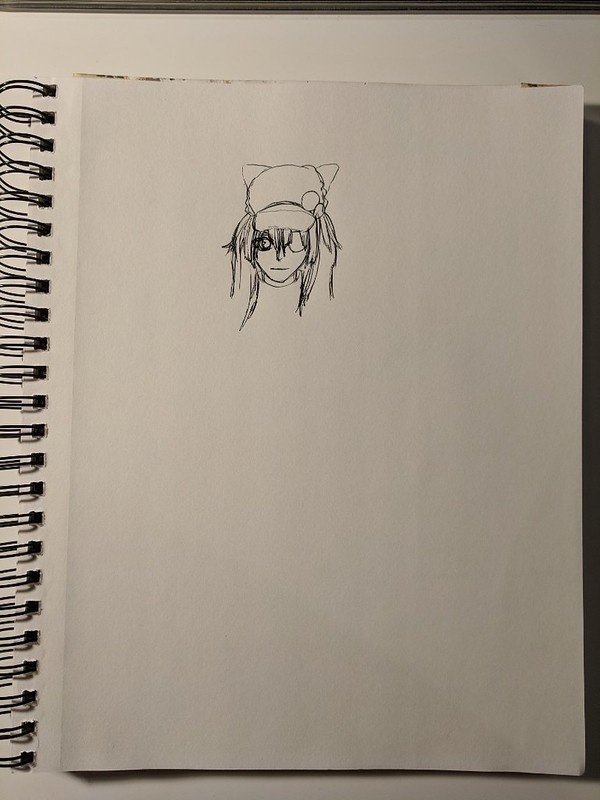 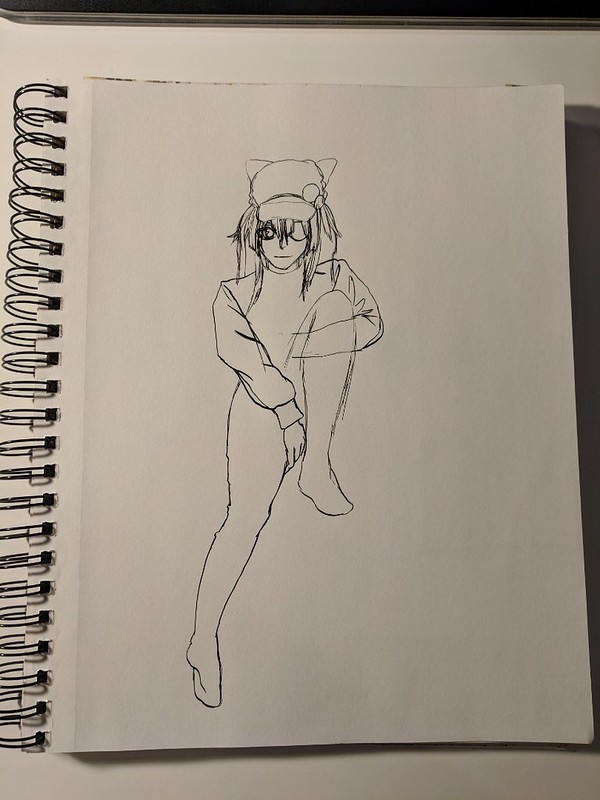 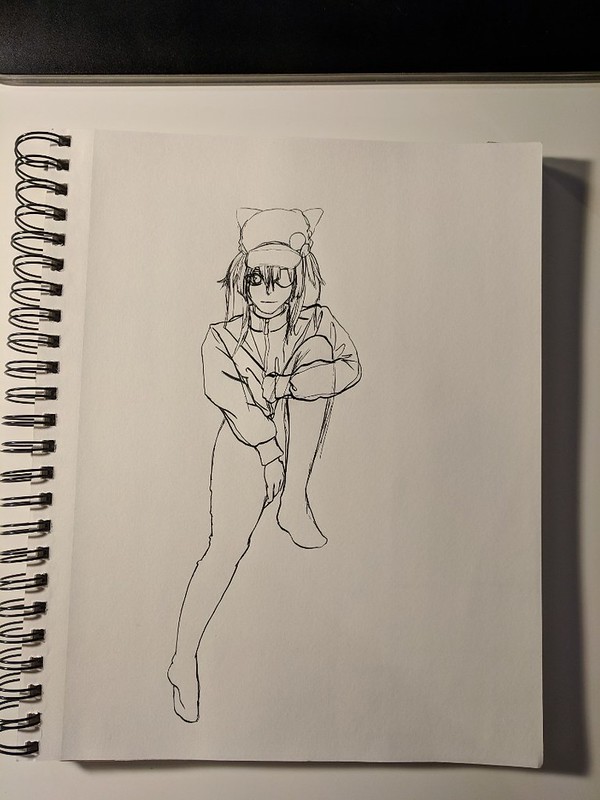 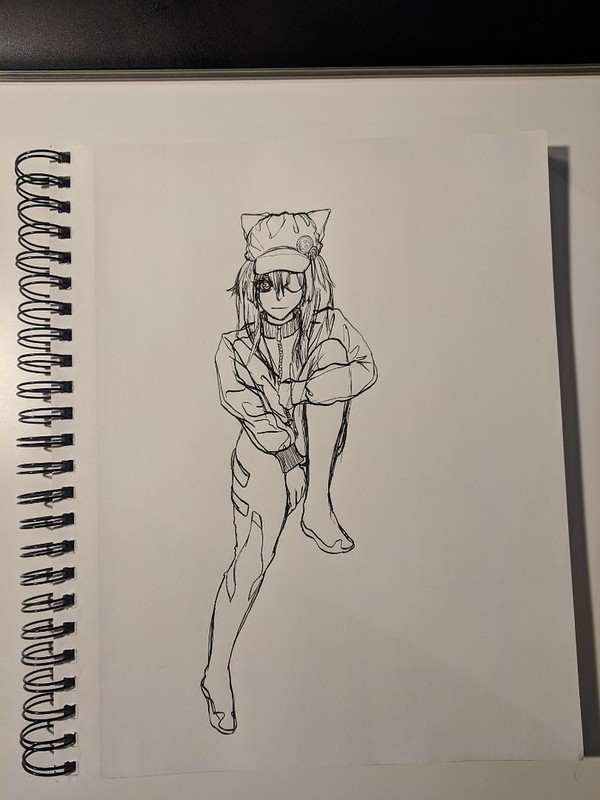 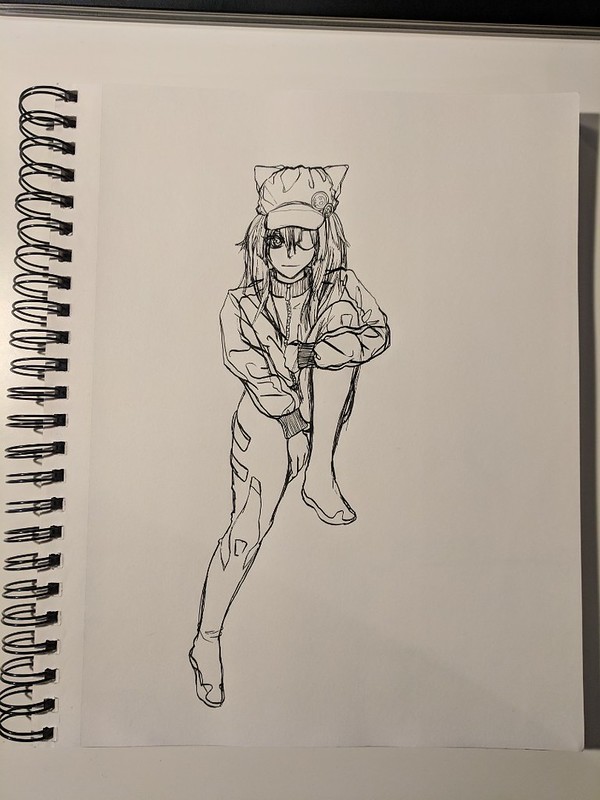 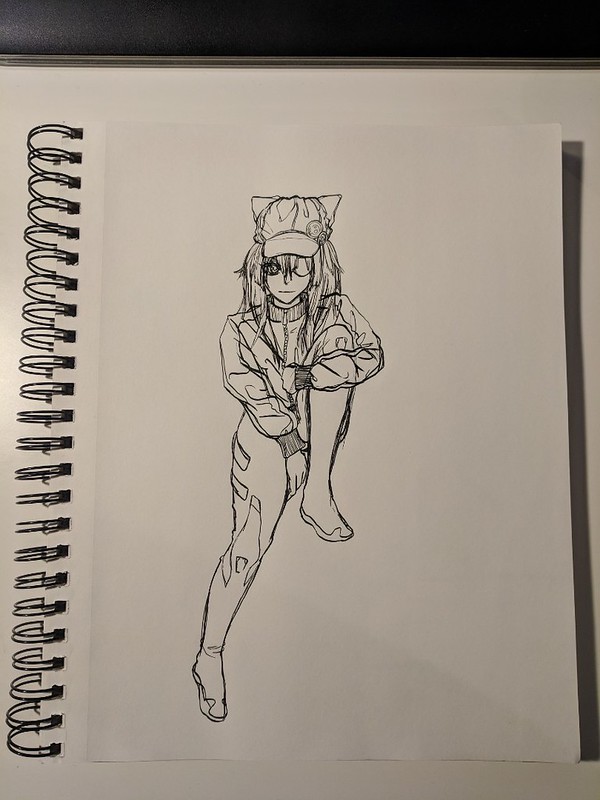 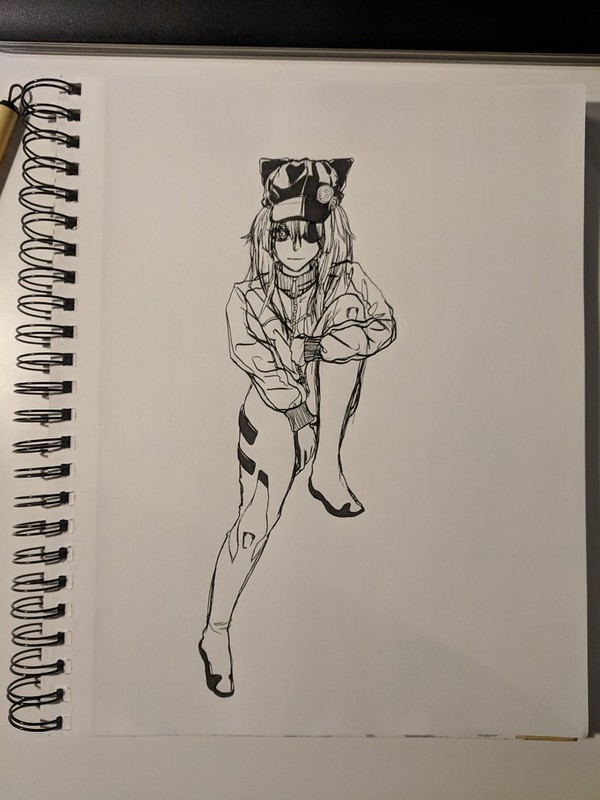 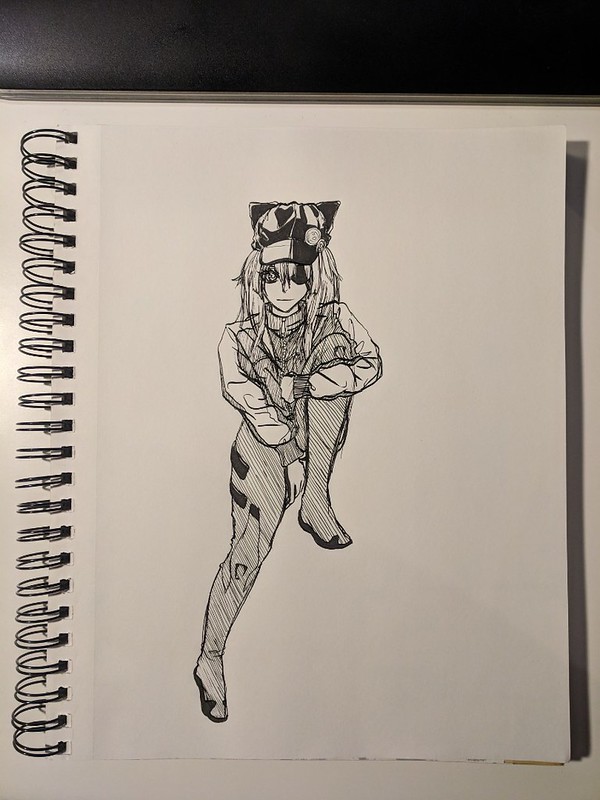 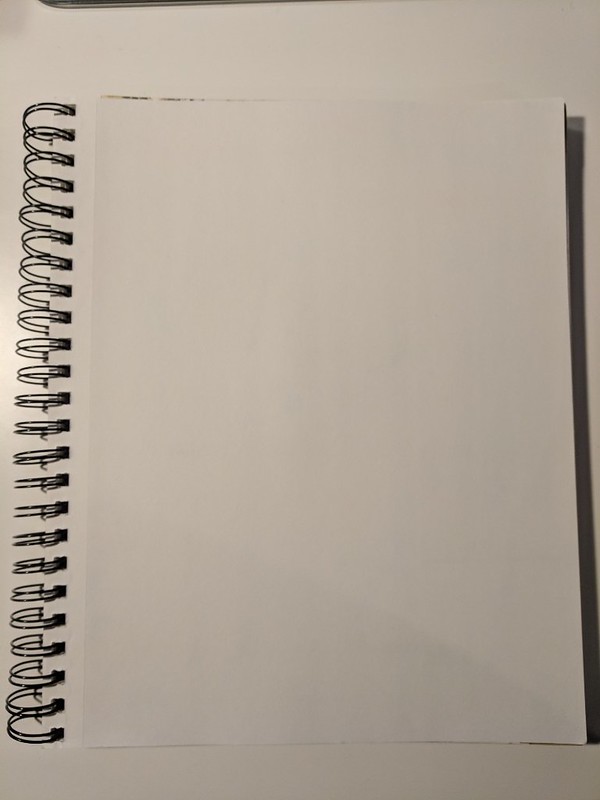 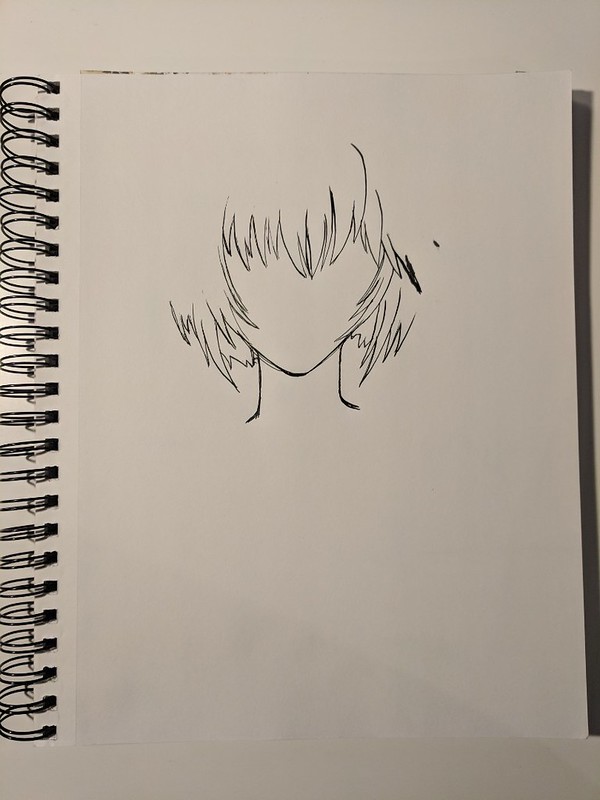 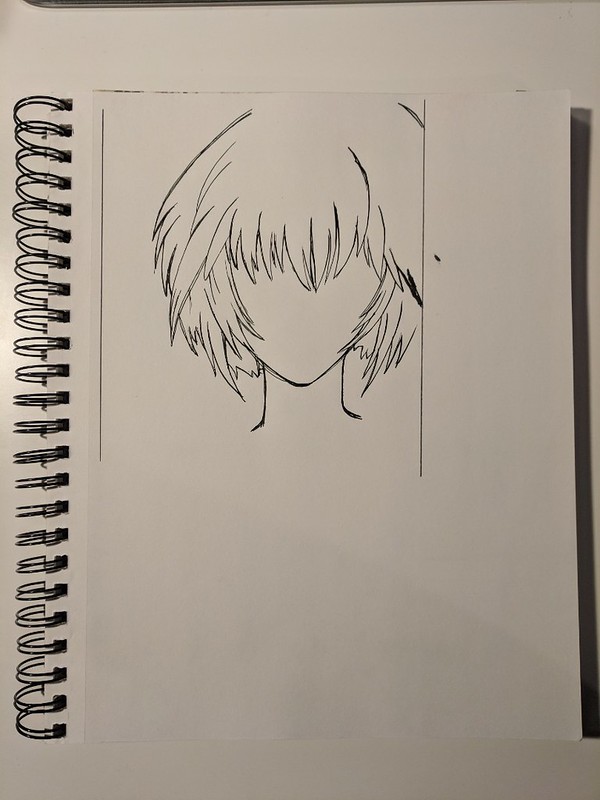 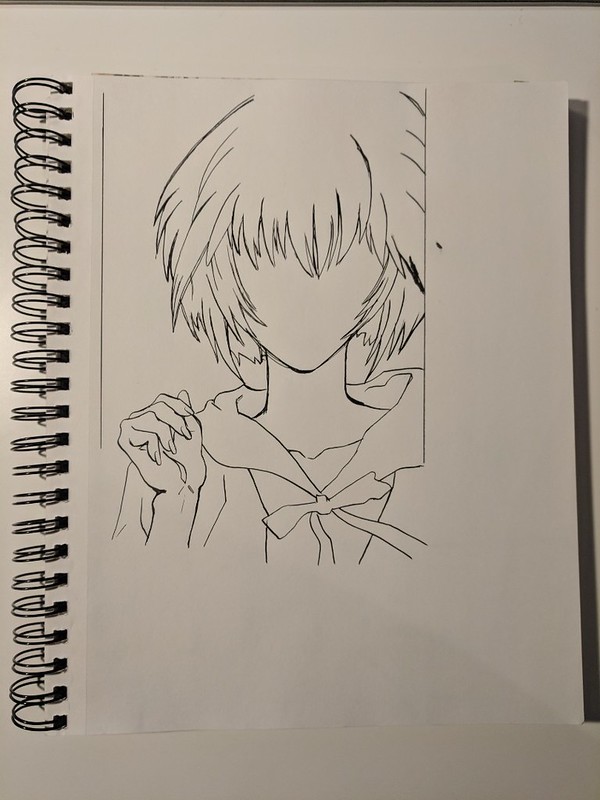 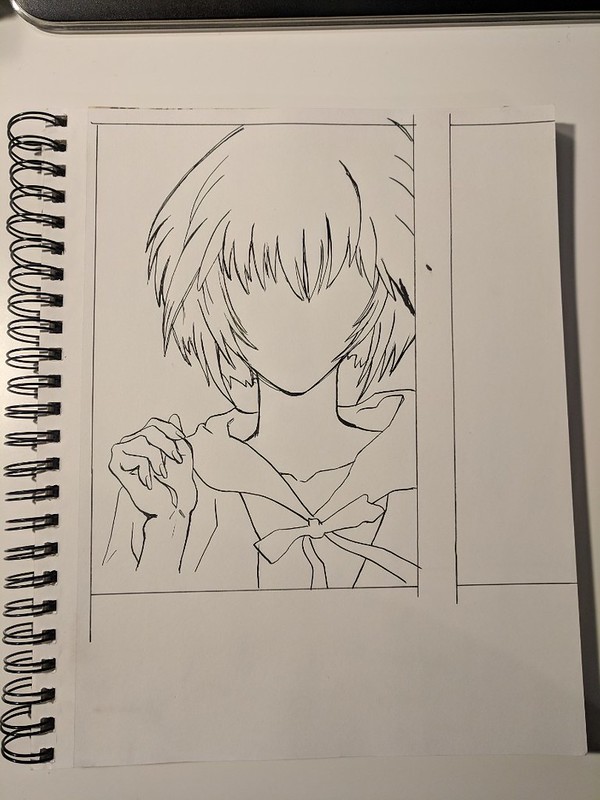 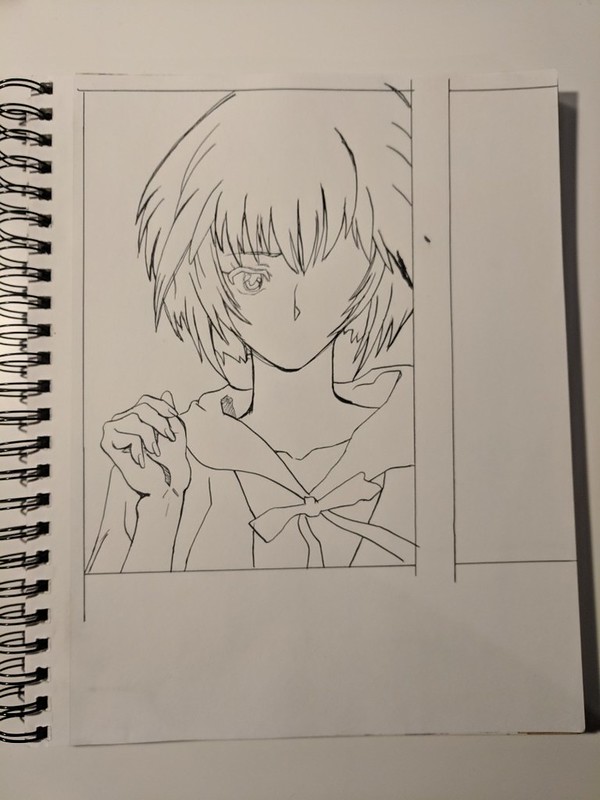 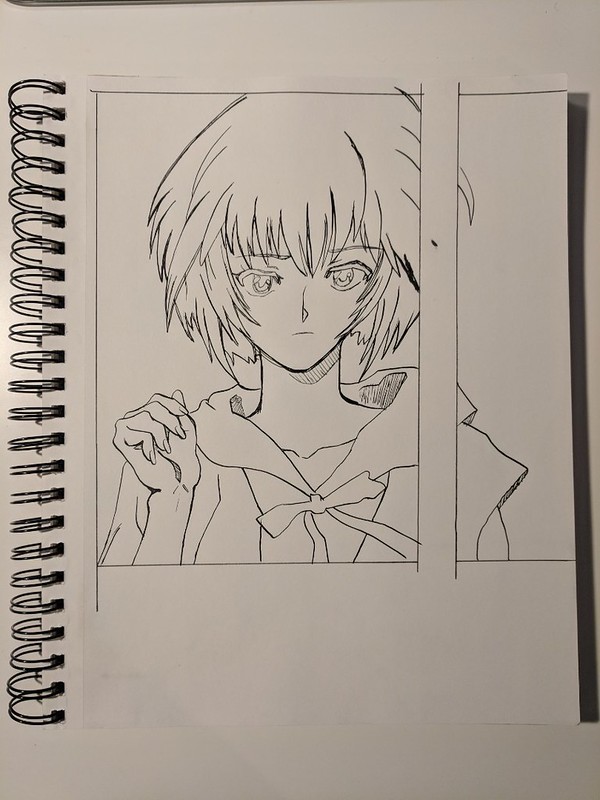 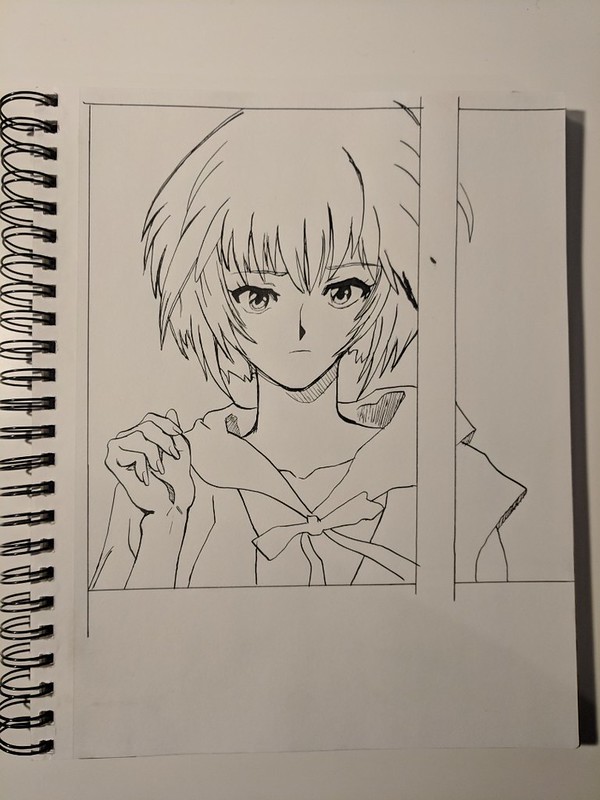 As you can see, this week I do not have a video for this week. And that will most likely be the case from now on. More on that on Friday.

Rei Ayanami, the person that got me interested in Neon Genesis Evangelion (well her and the song “A Cruel Angel’s Thesis”) . Strangely enough, even though I wasn’t let down when I finally saw the series, Asuka stole my attention as soon as she appeared. I feel that in the remakes of Evangelion Rei seems to have more of a future (much like Asuka). I am really looking forward to see what happens in the last movie.

As for the drawing it self. Over all I was really pleased in how it came out. But while drawing this I made a lot of mistakes which led me to make a couple of changes that led me to create the blue shadow. I have always wanted to play around with these kinds of backgrounds but over all I think it brought down the quality of the drawing it self. I’ll have to work on that a bit more from now on. On the plus side, while adding the watermark it gave it a really cool effect.