Today’s Pixiv theme is suspenders, which automatically reminded me of the character played by Benny the Jet Urquidez on the film “Wheels on Meals”. What I loved about the 80s was that they had the same love for Hong Kong movies which is always an amazing treat when I find out what they are referencing as I watch an episode. Ranma basing a whole lot of it’s aesthetic in all types of martial arts movies but having that fun aspect that was seen in 80s movies thanks in large part to Jackie Chan. Truth be told I was planning to just paint Benny but I soon just had the urge to paint Ranma. I really like these light pastel colors.

Pixel art of Shampoo going on her deliveries. This time I enlarged the canvas to 100×100 using Pro Motion Ng.

What I wanted to try out was Rumiko Takahashi’s classic style of painting. Looking at various artworks I decided to paint Ryoga in this way using only one color for each section of Ryoga and using only the saturation of the paint to make color and value variations. But only ever so slightly. But before I did paint it, I went over the rough draft with my mechanical pencil to darken and indent the paper. Once this was done I then erased the whole paper and painted with whatever graphite managed to survive and the indentations left behind. The effect wasn’t too bad, but it was obvious that I needed to add some type of outline. For this instance I decided to do that by using my Copic multiliner and a Stabilo pen for the darker areas.

Decided to just do a quick drawing today. My plans are to probably paint it with watercolors. Although I might just paint it digitally at some point in the future as well, we’ll see. I didn’t really have any idea of what I wanted to draw really, but as I was sketching I came up with this drawing.

The painting of Ranma was solely based on a photo of Harumi Inoue.
Here’s the link.

Rumiko Takahashi had a very distintive way of drawing her female characters and making them look petite and cute. The proportions are actually amazing really.

For this painting I decided to make it more 80s anime style. 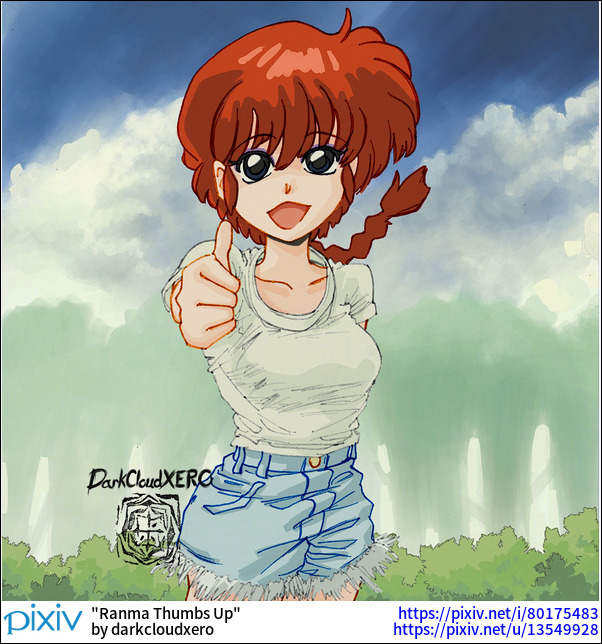 Didn’t have much time today so I wanted to do a quick drawing. I chose to do another Ranma 1/2 drawing, it’s been a while. This time I wanted to draw Genma Saotome in his panda form. Sorry I’ve been gone for a while, but I have a couple of artworks drawn and ready to show. Lately I have been cleaning my files on my computer and categorizing my references so that I can find them easily and efficiently but there were thousands of folders I had to go through. I still have over two thousand I still have to categorize but I’m getting there.

The first artwork I will showcase after this absence is Shampoo from Ranma 1/2. I really like her as a character and love her character design. This is a bit silly, but you know back when I saw this in Mexico when I was a gradeschooler we called anime Chinese cartoons. We were quite ignorant back then … but to be fair, it also didn’t help that a lot of 80s anime and some in the 90s had a Chinese aesthetic (plus we couldn’t differentiate between the writing in the credits which was left in it’s original kanji+hiragana-katakana format). So when I eventually learned that anime was Japanese here in the States I was confused about the fact that a lot of Chinese elements were present in anime.  Eventually I learned that Japan went through a craze where they were greatly influenced by Hong Kong cinema and incorporated a lot of Chinese elements to their stories. This fact made me extremely happy since I was a always a big fan of Hong Kong martial arts films. So when I now see Ranma 1/2 and other Anime I can see some of the influences from the movies I have seen growing up. It’s a great combination really, sad that this era has ended…

By the way tirantes means Suspenders in Spanish.

References used I really liked the flat colors of some of the some of the references I had so I decided to give it a try):

Traditional process, I used bristol paper but it seriously doesn’t take copic markers well. It becomes rather blotchy so I decided to color it digitally in the end.

Here is the digital process. I’m currently using krita, it’s so light and versatile. So far it hasn’t made my Xp Pen quit which has allowed me to continue working at my own work flow. The times it has quit, the pressure sensitivity has turned off but the pen still works. And to make it work again I just have to relaunch Krita and it all returns to normal (this is much better than having to restart my whole computer).

Hope you guys are doing well.

I was at a Burlington store a couple of weeks ago, more than two months? Anyway, as I was browsing around I found a pack of markers by Royal Langnickel called azure. They were a pack of pastel colors and seem to be blendable (so similar to Copics). I didn’t get the chance to try them out since I was busy with other projects, work and school and then Inktober ate up a good bit of time… ヘ（。□°）ヘ

But things seem to be clearing up a bit so I will try to make as many new artworks as I can since I have seen a great improvement after doing a drawing everyday in October.

On top of trying out the azure markers I also have a chance to try out some of my new colors that I bought for my Stabilo pen collection. I really loved the ones I had before and after using some of my new colors on this drawing I can once again fully recommend them. I’m so glad I gave them a chance! ⸌̷̻( ᷇ॢ〰ॢ ᷆◍)⸌̷̻♡⃛

Now as for the drawing itself. I decided to draw Shampoo from Ranma 1/2. I remember watching Ranma 1/2 when I was a kid in Mexico. I really loved that series, along with Macross and Dragon Ball. The character that really caught my attention was Shampoo, not only did she have a funny name but she was so pretty and a really good fighter. I want to make a couple more drawings of her but that should wait till I re-watch the series.

For this drawing I decided to go for a simplistic style and would limit my self to only using a couple of my Stabilo pens and the colors that came in the azure set of markers. 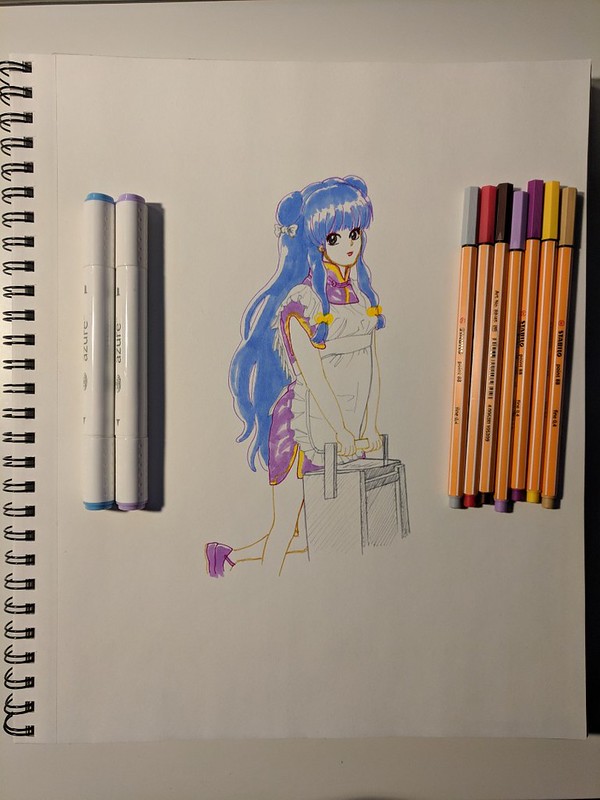 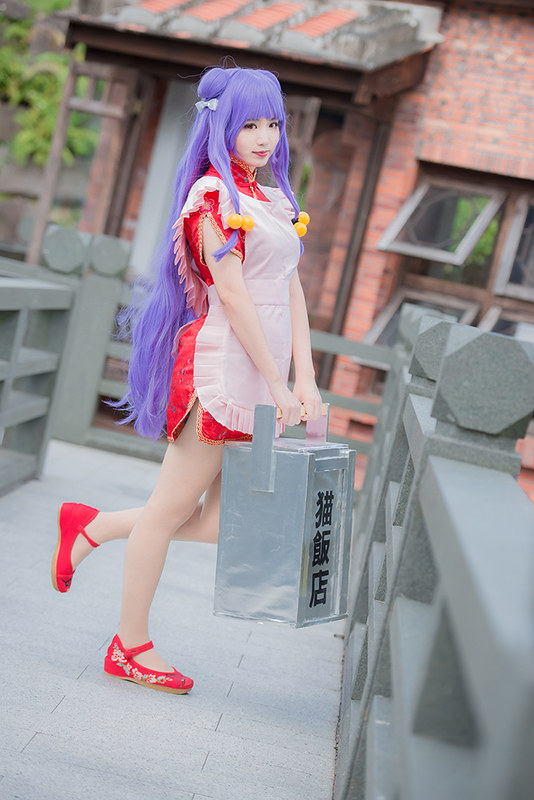 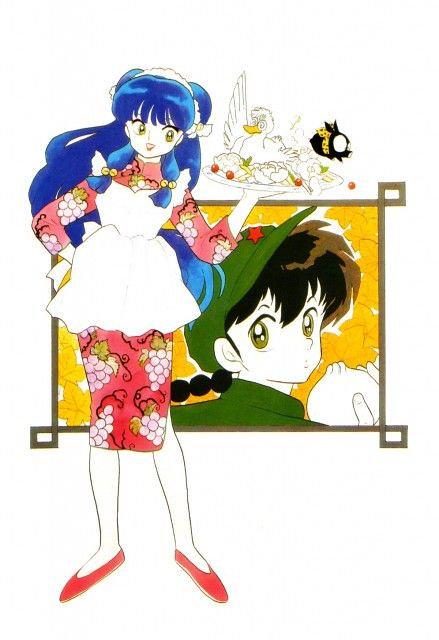 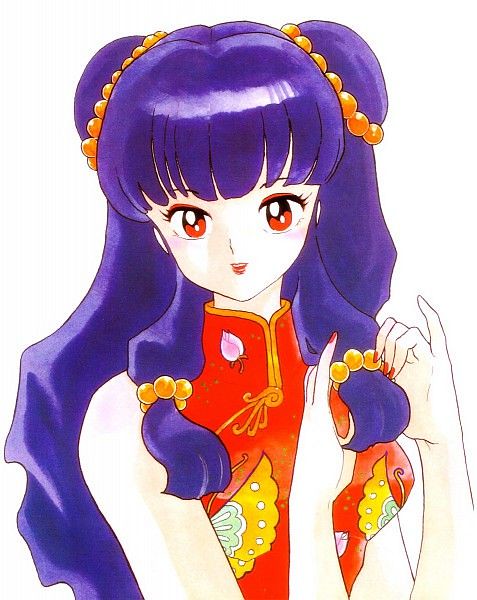 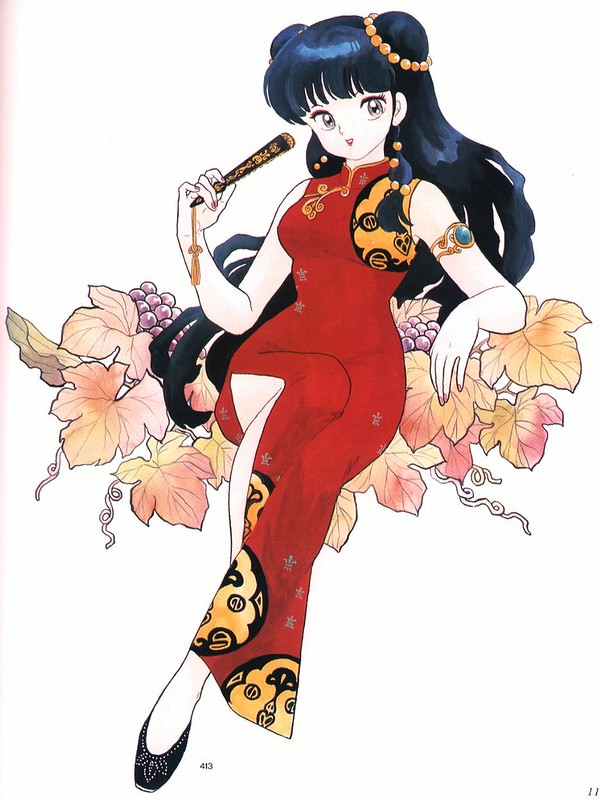 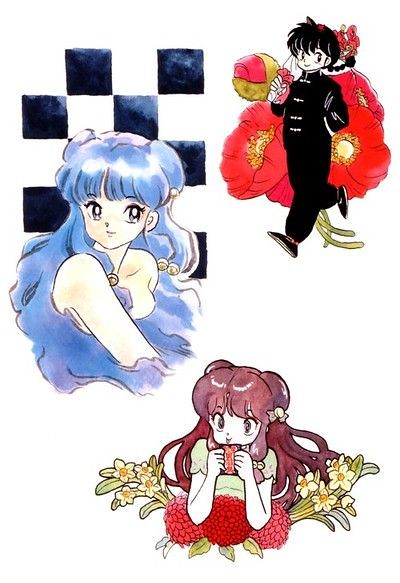 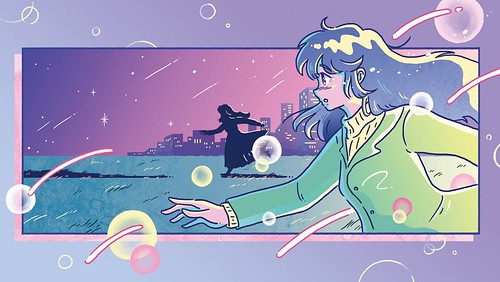 The new addition to my Stabilo pen set: 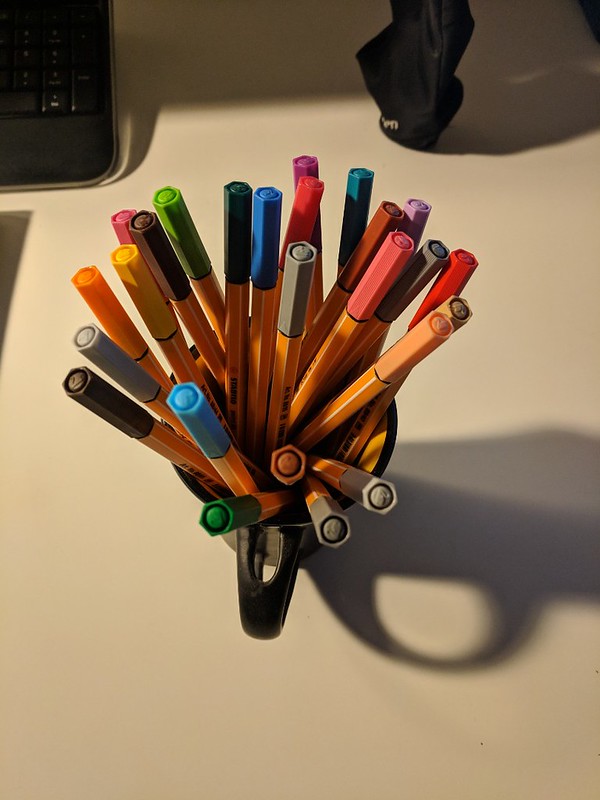 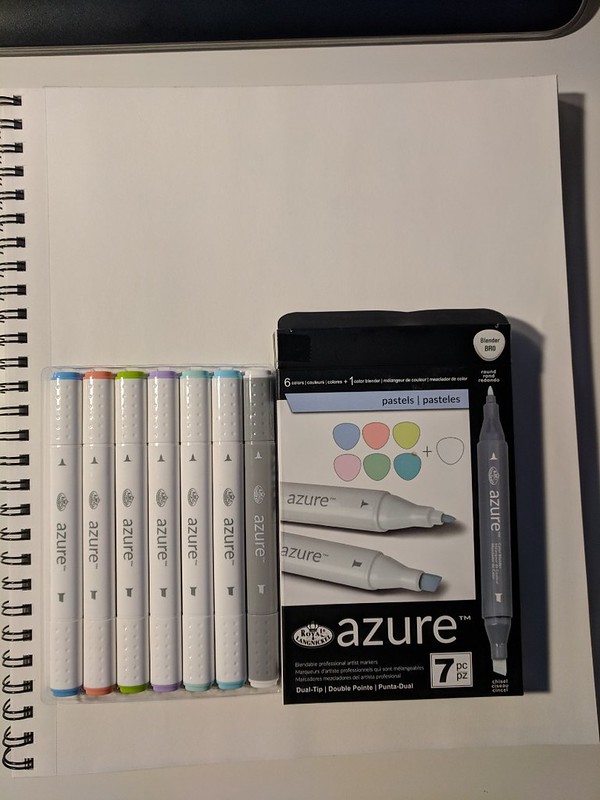 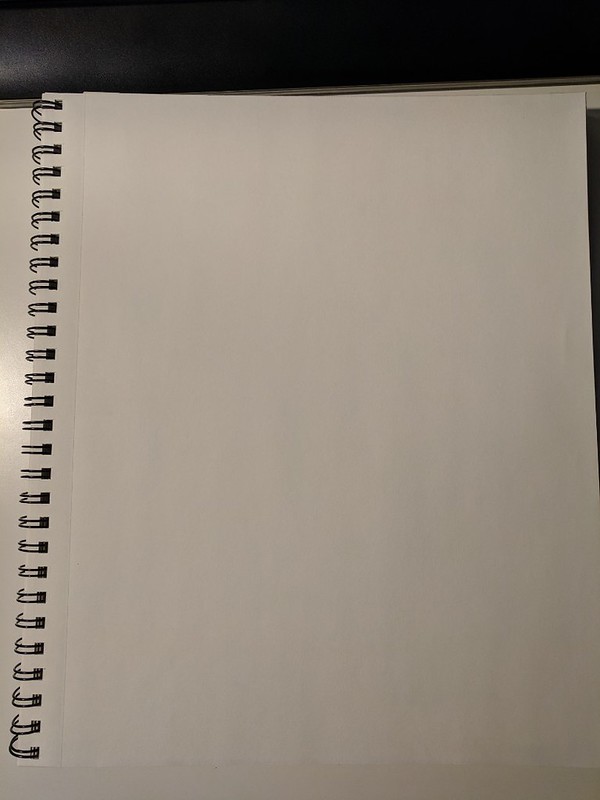 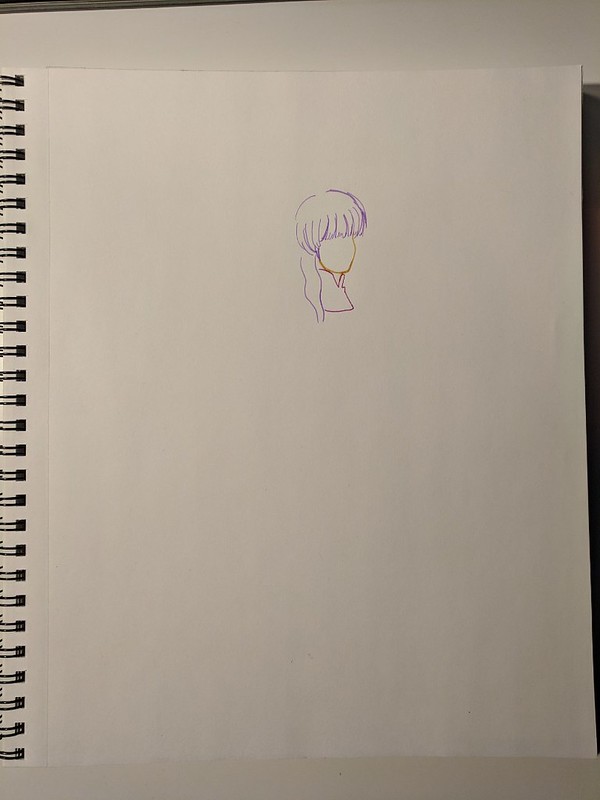 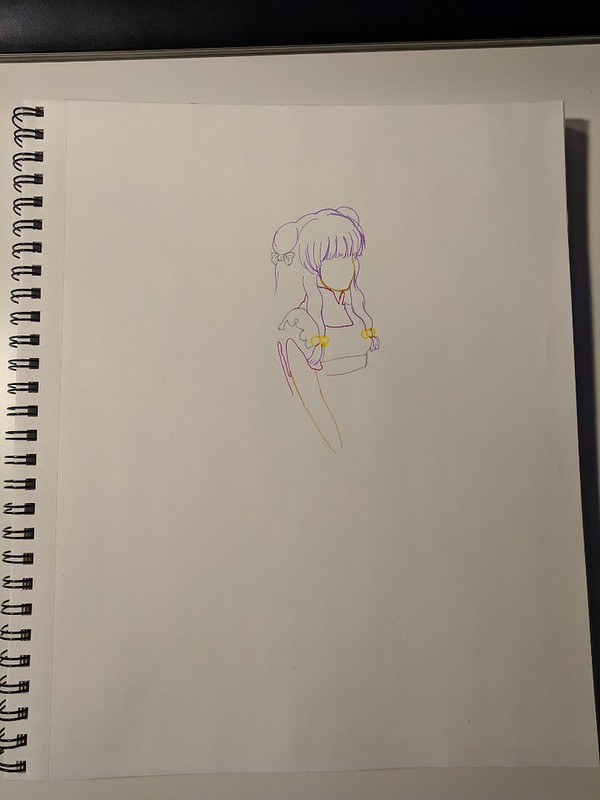 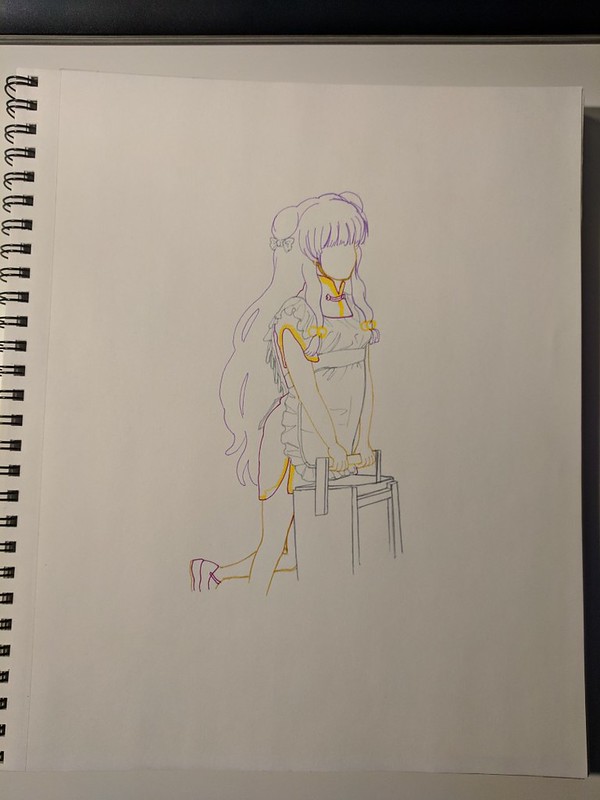 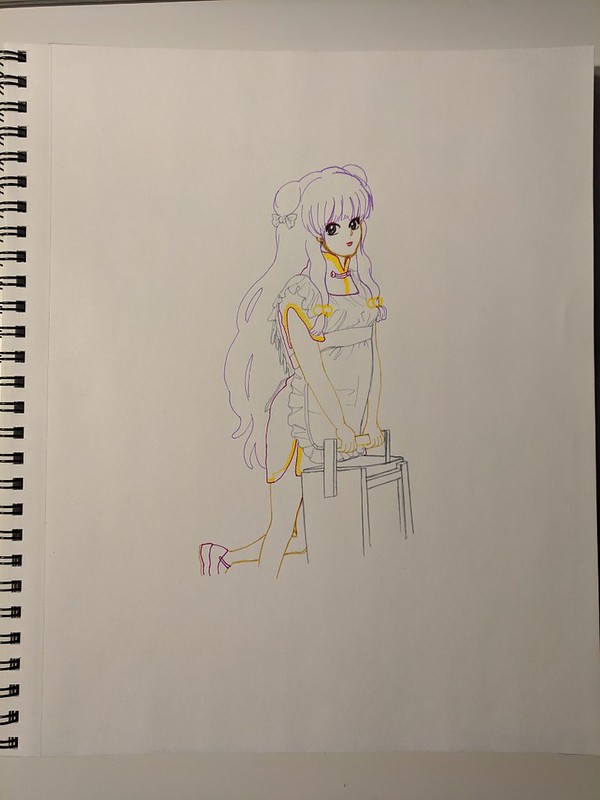 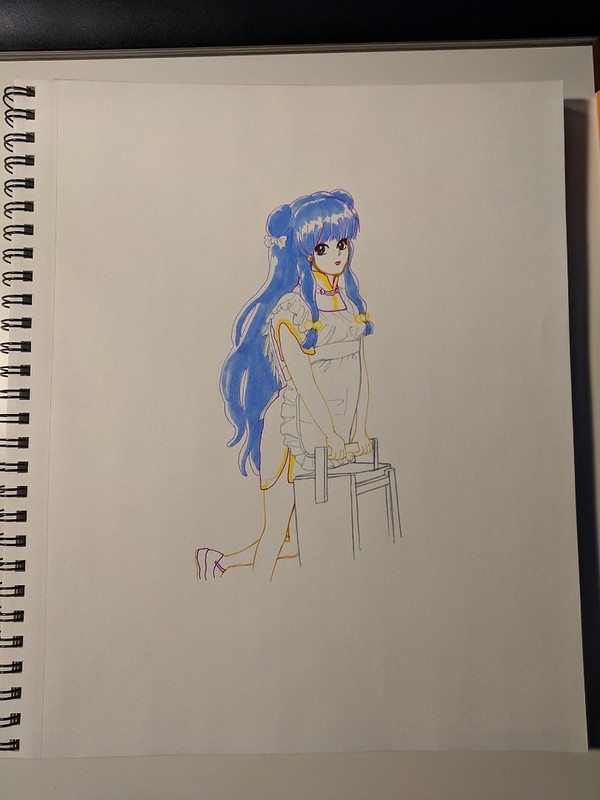