Akemi Homura before the transformation and after the Madoka tragedy. Haven’t decided how to paint yet.

I found a fansite that had a large collection of Airi’s photos that I had no seen before. One of the albums contained photos of Airi’s collaboration with Pivotdoor. There’s a lot of possible drawing ideas but I was really drawn to Airi flying with a broom like a magical girl. Her photos are always so fun and full of energy. That smile is really infectious.

My brother told me about this character from Skullgirls on Saturday who he said I should try to paint. When I saw the release trailer of the character I was getting some really strong Creamy Mami vibes. Surely it was at least one of the inspirations. While I was searching for references I found out that Amazon Prime has this series which is awesome. The character herself (Annie) seems like a really good character. Her attacks are really fun to look at. And it was through that, that a lot of the anime influences were showcased. Including Dragon Ball.

I learned about the using the filter abilities that Photoshop offers, one of the options is grain, which really gives off old analog TV vibes. I’ve done something like this before when I painted my Saki Shimizu drawing.

For this painting wanted to do something more flat, but in the end I felt it would look better with some shading. I feel that if I did want to use super flat colors, I need to make a simpler design for the line art. I think I will make that my goal for tomorrows piece.

Hey it’s almost Halloween so how about drawing a witch girl from Berserk. Schierke was a great addition to Guts team. She is definitely at the very least the second strongest member. I really like her design and personality.

Almost at the end of Inktober… it was much easier than I thought surprisingly. oh!((ﾟoﾟ# 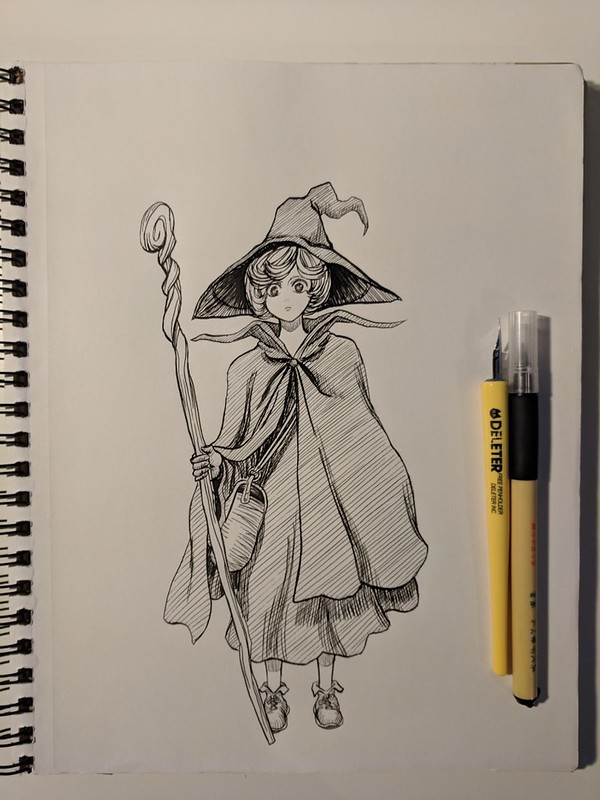 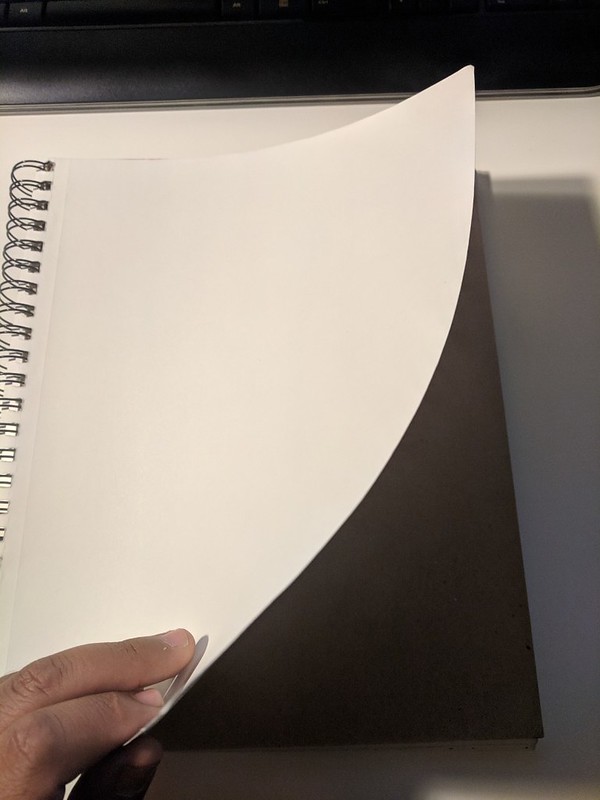 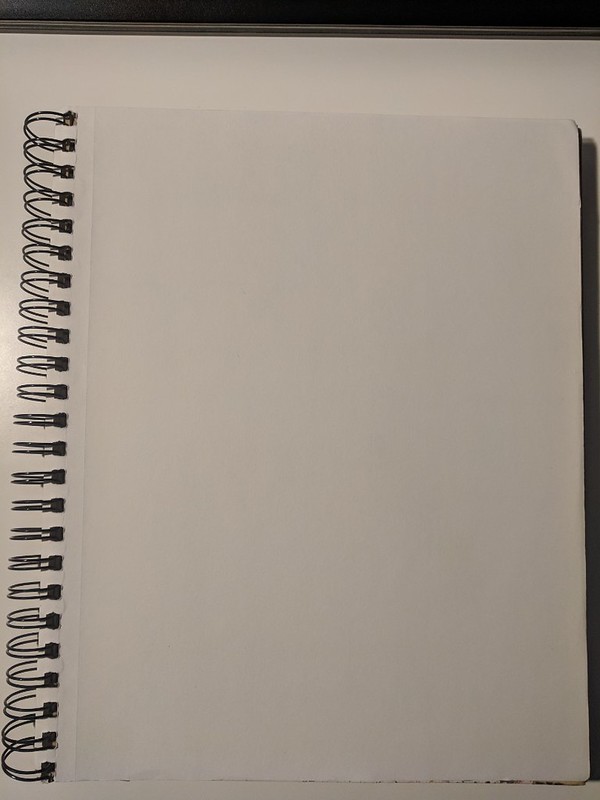 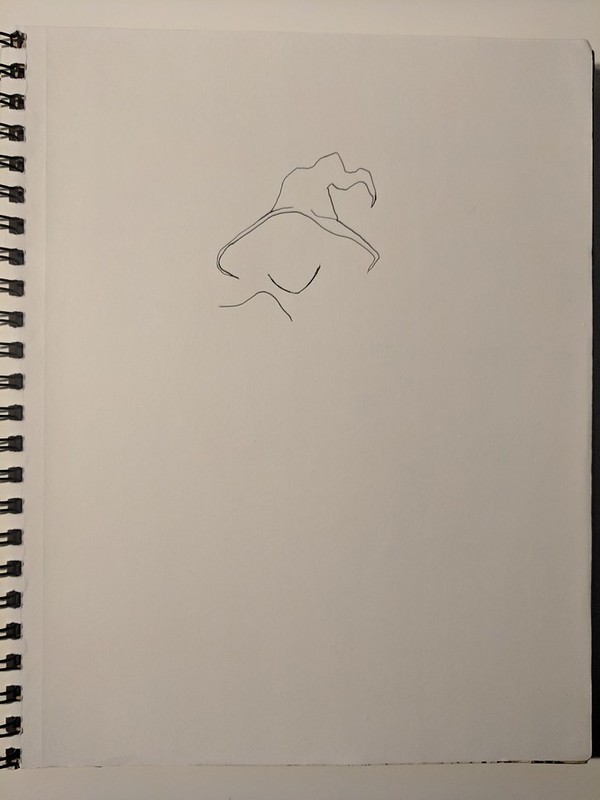 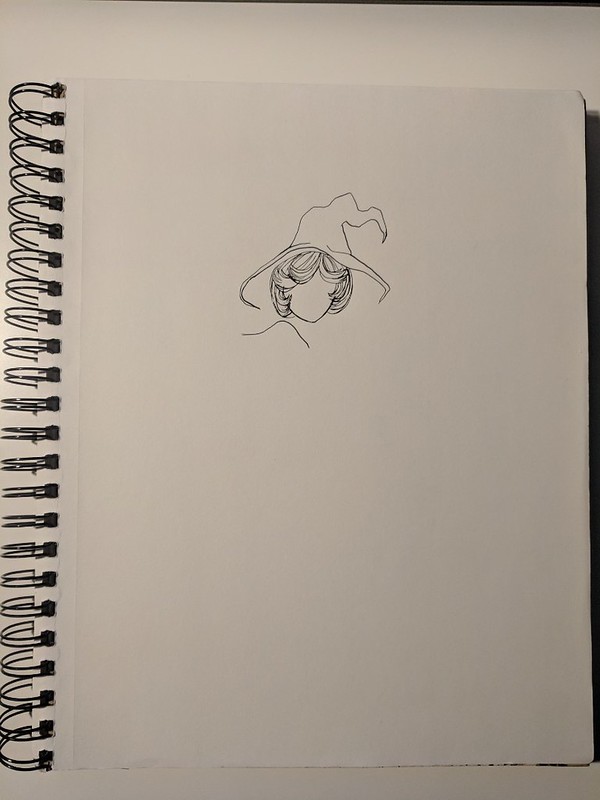 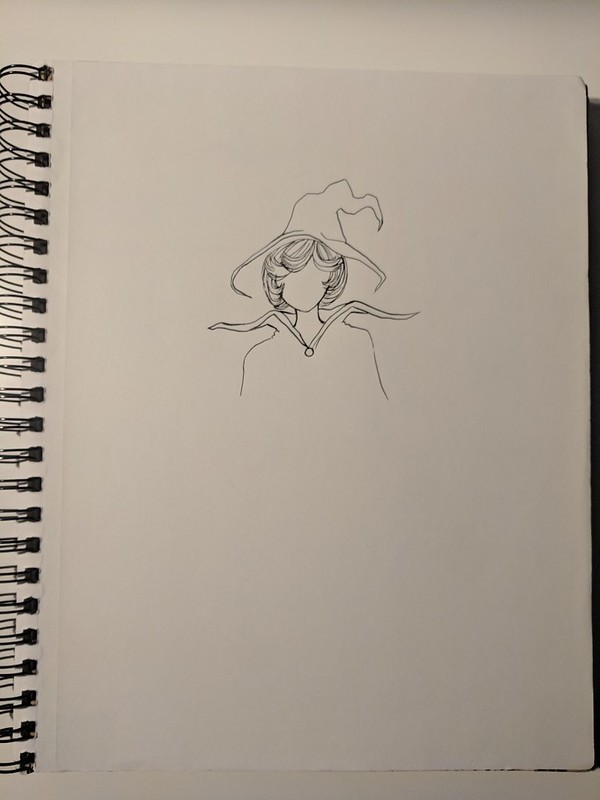 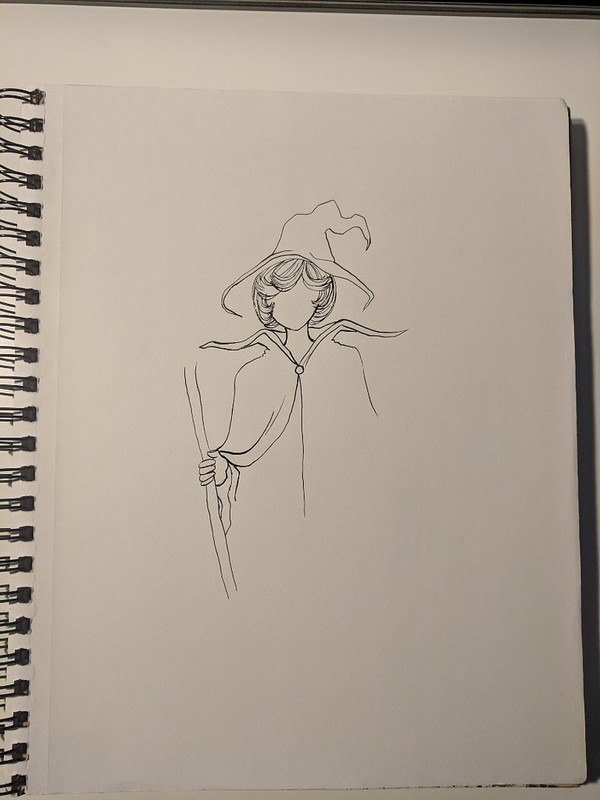 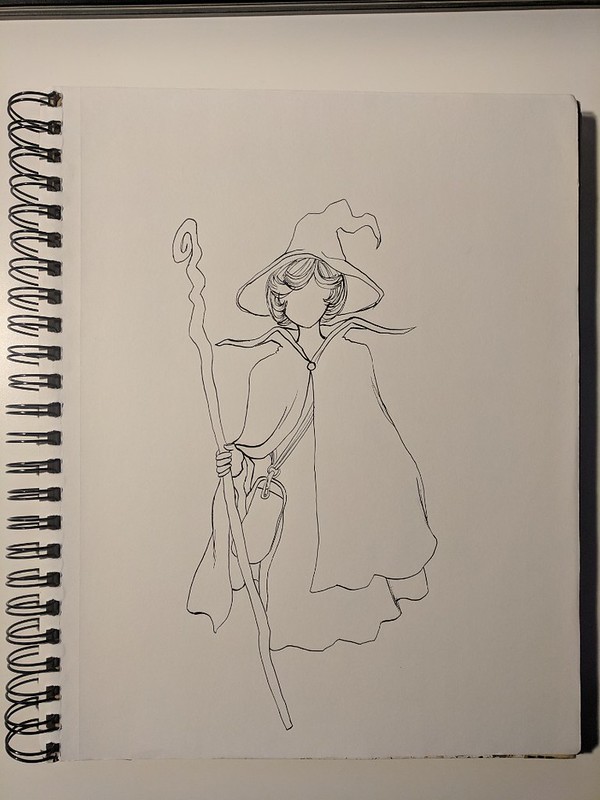 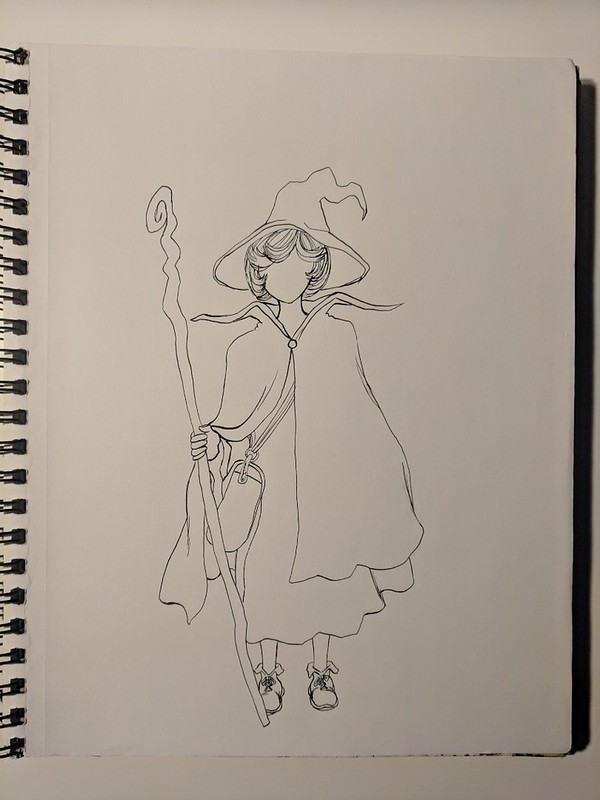 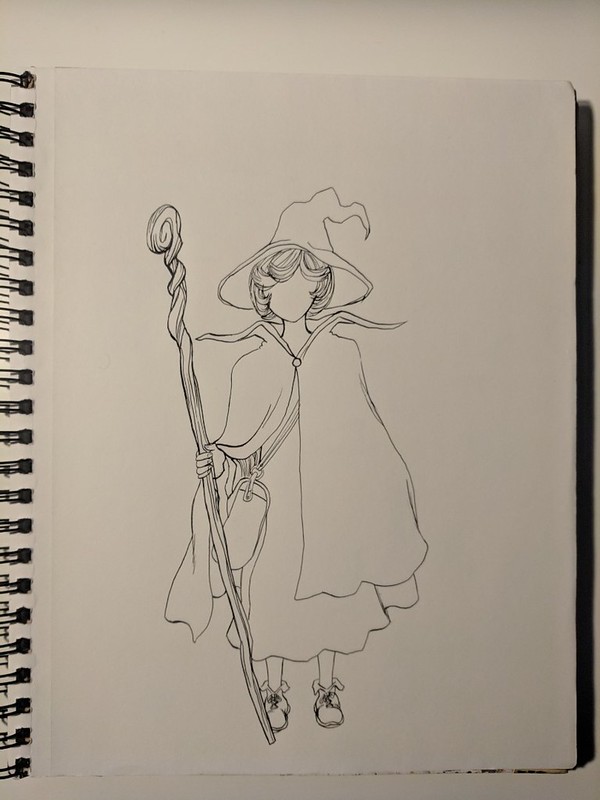 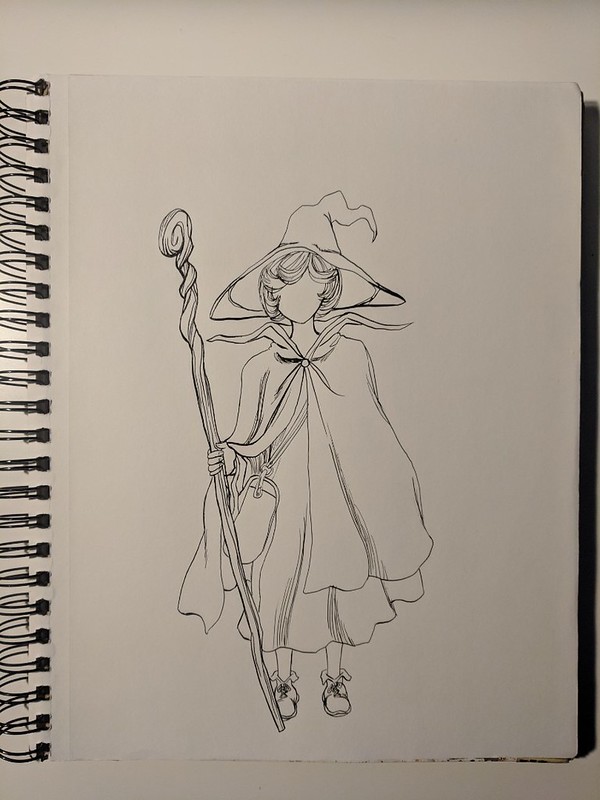 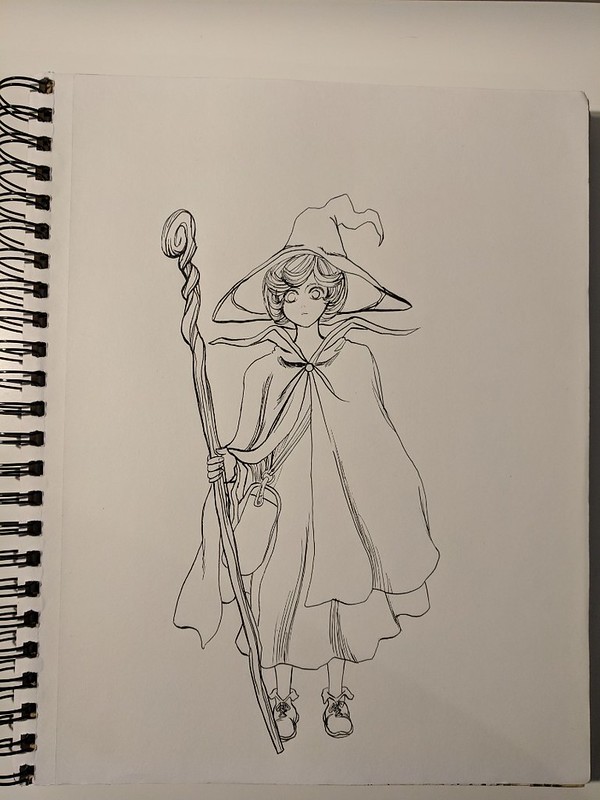 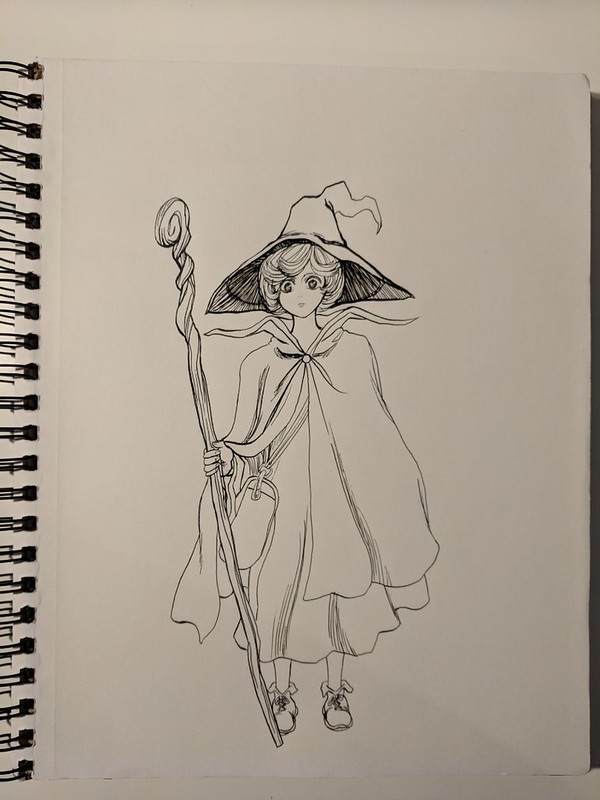 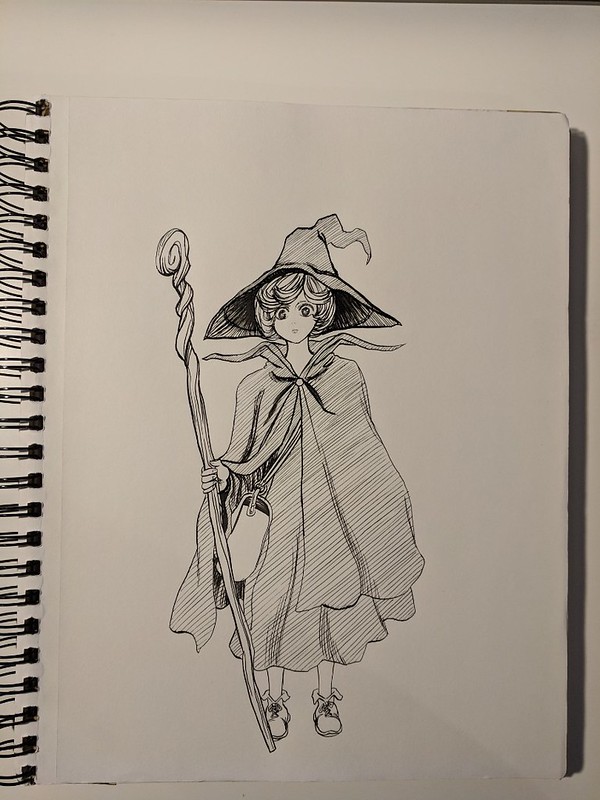 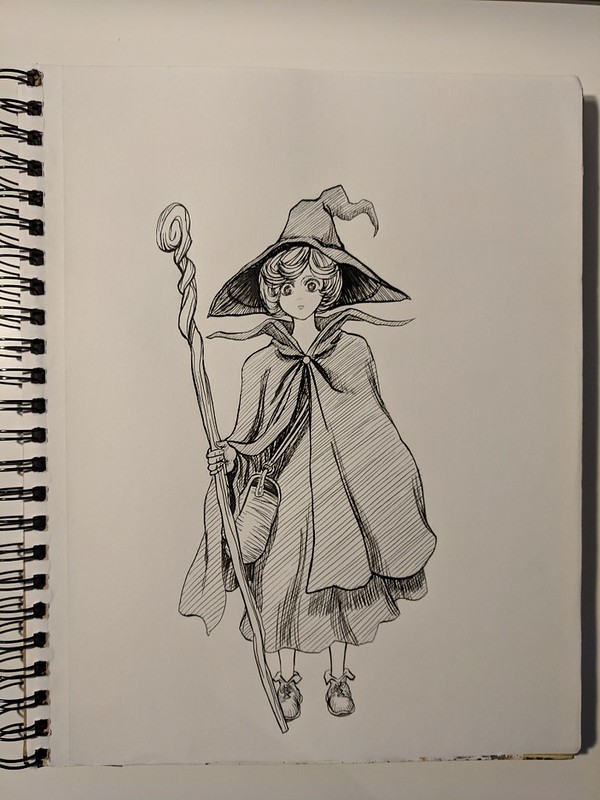