For todays’s piece I decided to color K’ with Copics, but this time with a background. I really wanted to make a piece with the raining stage in King of Fighters 99. As I was working on it I decided to have some empty spaces so that the piece would look a bit more interesting. The drawing of K’ was originally done for Inktober 2018 day 10. But I didn’t use the same piece. I transferred the original drawing to a new watercolor paper by using my lightbox. As for the background I wanted to give just painting it a try without any lineart. It worked alright but I think I would be able to have a better color selection using watercolors. Copics are cool but they are really limited by the colors one owns and the ink that one has. 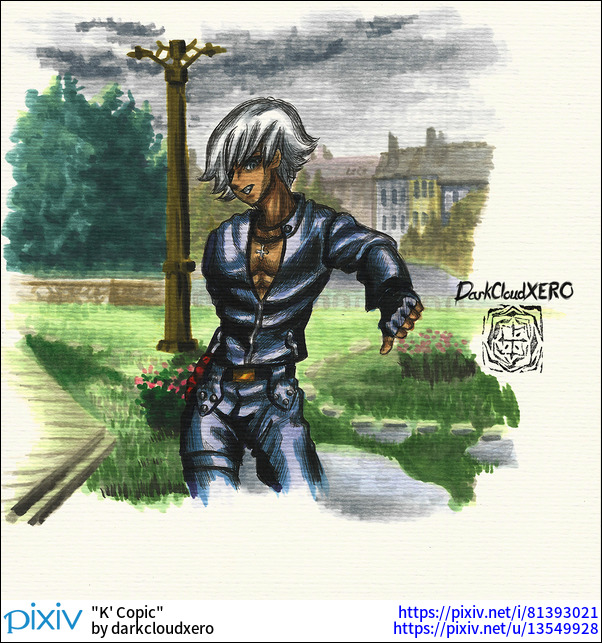 SNK and the King of Fighters are by far my favorite fighting games, and I always felt that they had the better designs compared to their competitor Street Fighters. Man, King of Fighters. It just brings back memories from my childhood. I started with the Art of Fighting on my Super Nintendo. It was one of my favorite games that I played with my brothers back then. Then I later learned and played the King of Fighters (and of course Metal Slug) on the arcade machines that some people had in their houses or in the small shops. Those were some fun times (though it did eat up my coins).

Later when I was in fifth grade I had a friend who owned a Playstation and got to play the King of Fighters 99. This is the game I have the most fond memories of. That’s also where I learned about my favorite King of Fighters character K’. He has such a cool design and at the time it was quite uncommon to see a character with brown skin, which was a big deal for me at the time. Of course we (my brother, my friends and myself) all wanted him to be Mexican and since he had a mysterious background we used that as an excuse to make him so (in our minds). He had such a cool design with his white hair with his cool fire arm. His fighting style was also pretty cool, the way he walked and his moves, then there was the one inch punch… Point is I really liked using him, even if I sucked at using his move set.

I’m thinking of using this smaller nib (I believe it’s a maru nib) to work with the shading and see if that makes it faster and easier than using the G nib. I can control it, but it’s all up to pen as to whether it releases the ink the way I want or it doesn’t jump as I shade.

I decided to give myself a bit of a challenge so I  used a gif which kept moving so I had to really pay attention and remember what I wanted to draw. I believe this is from King of Fighters 99′: 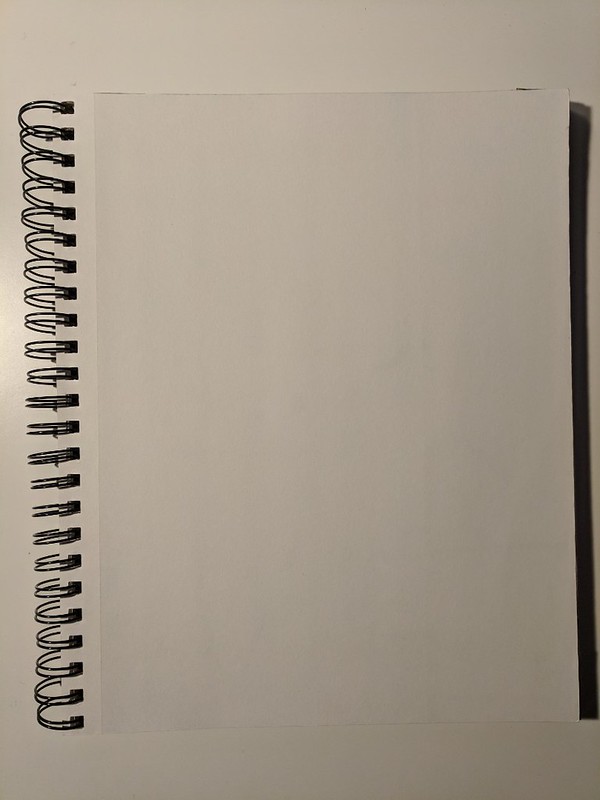 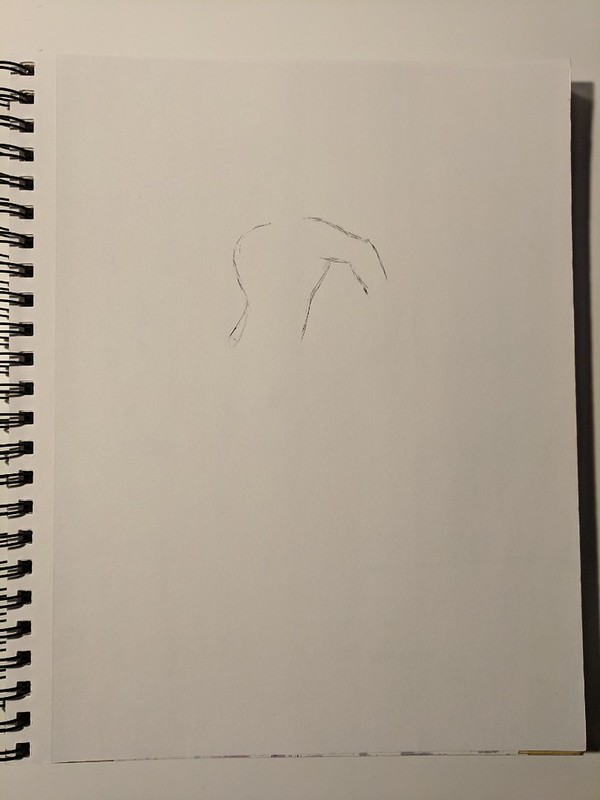 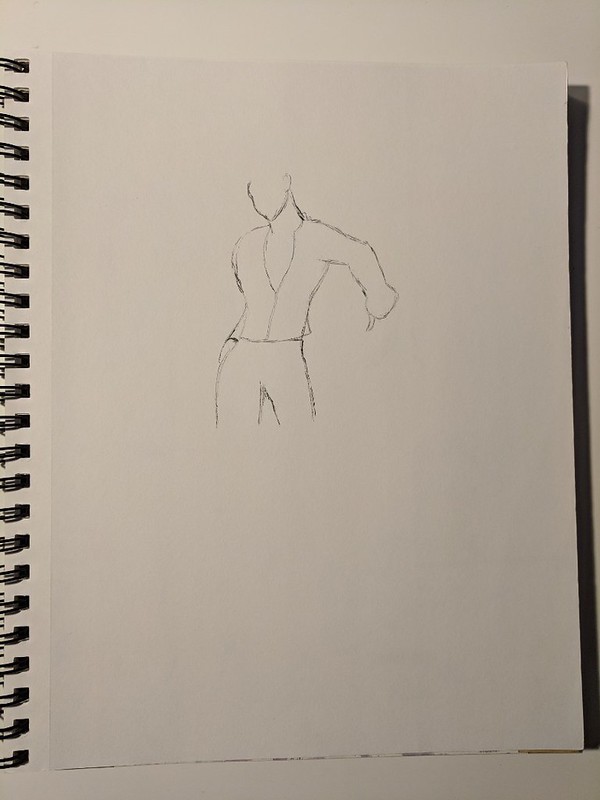 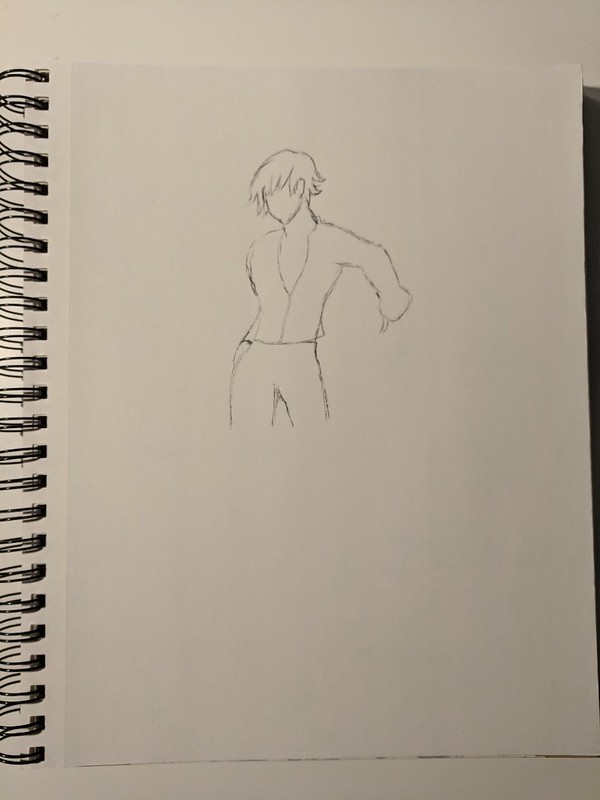 His face looks too clean, nice, kiddy, I don’t know. But I will fix that with the shading later. 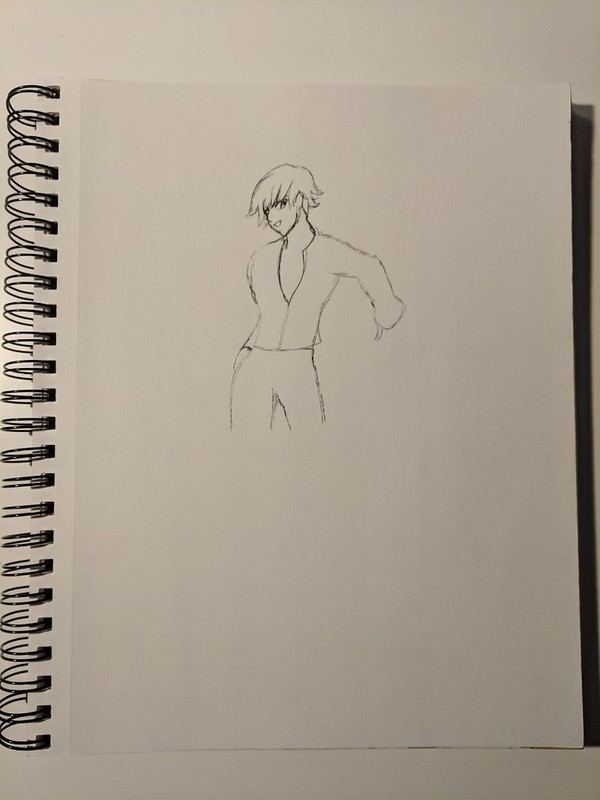 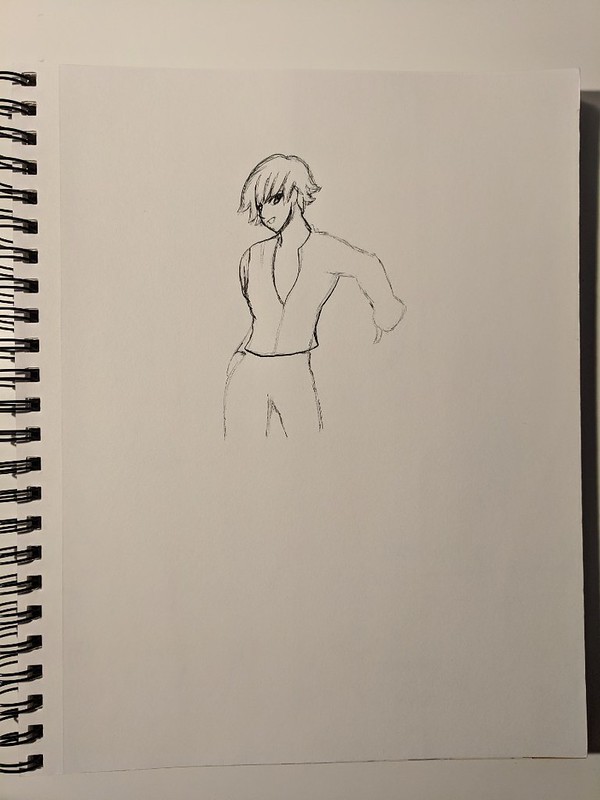 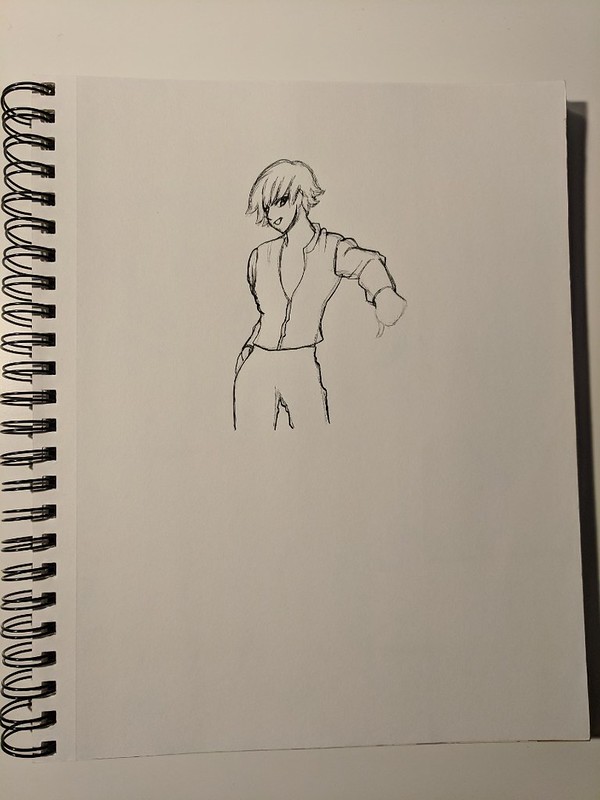 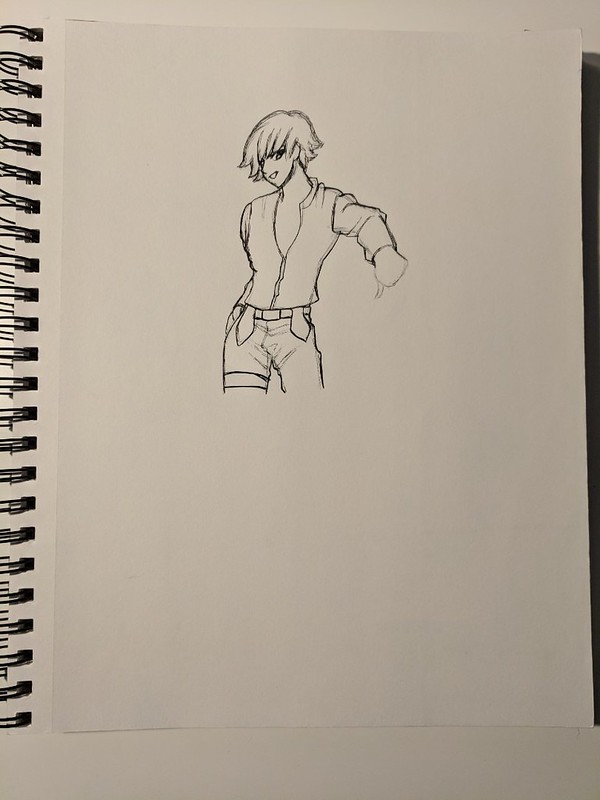 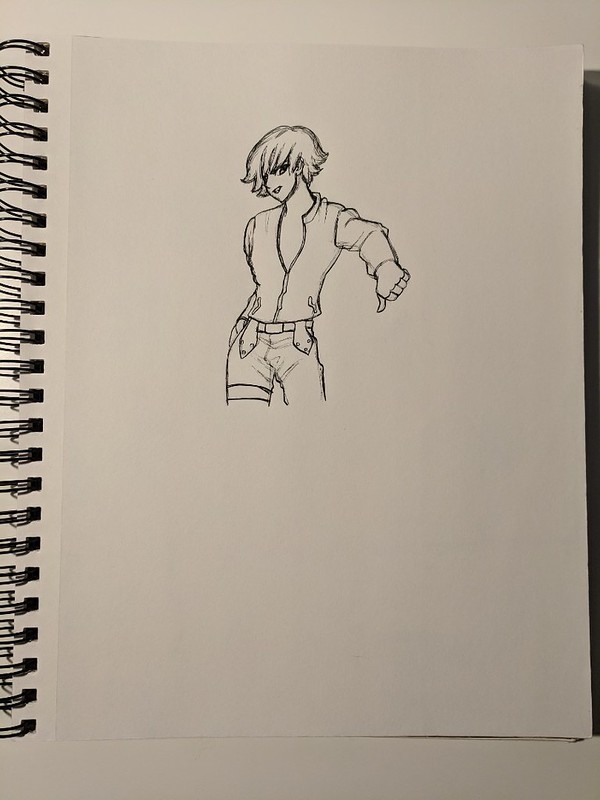 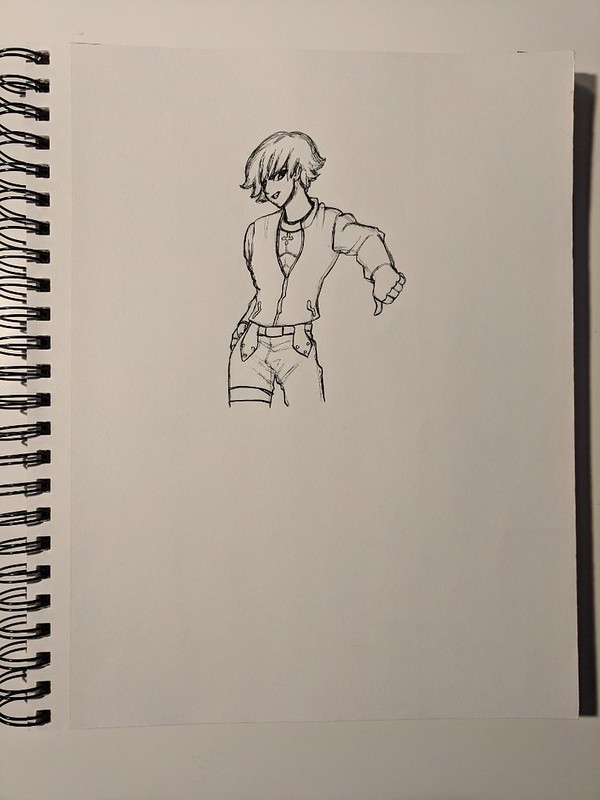 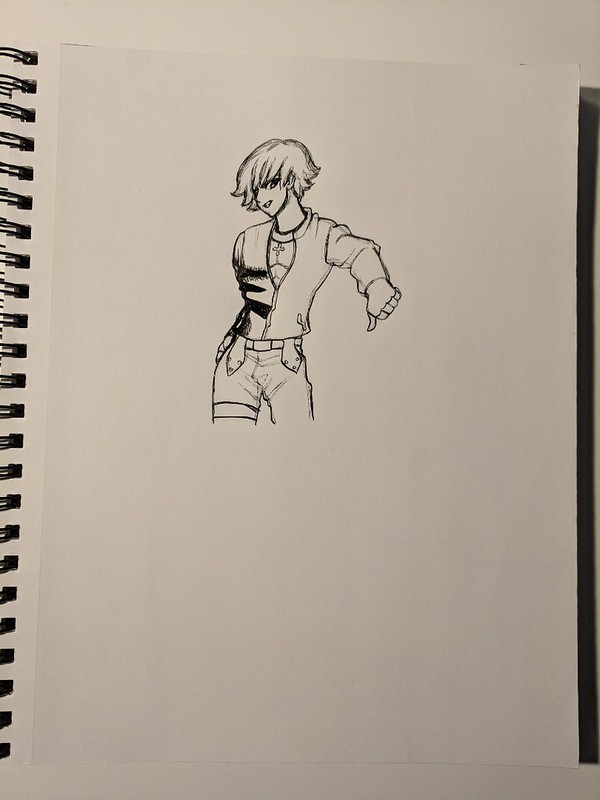 All was going well, then I made a dumb mistake when I placed my hand on K’s arm and smudged  the paper next to his leg. Somehow that smudge looks cool to me though. 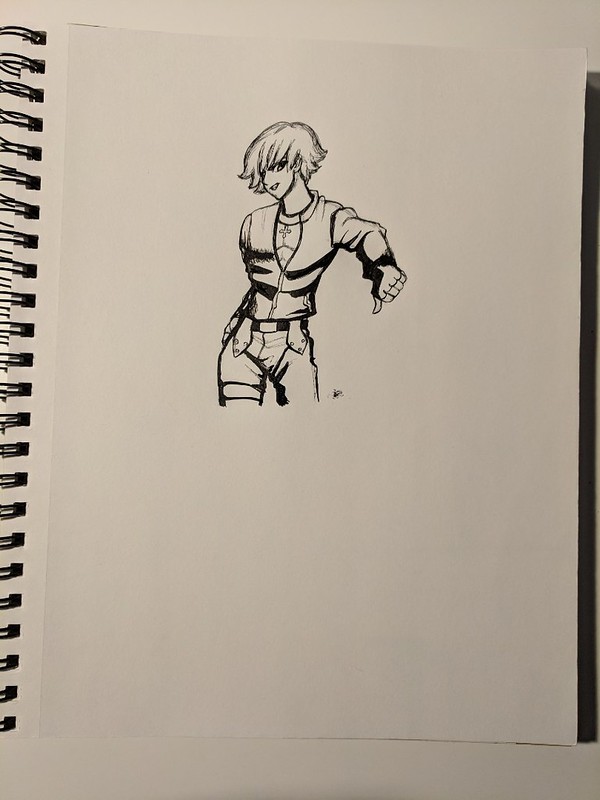 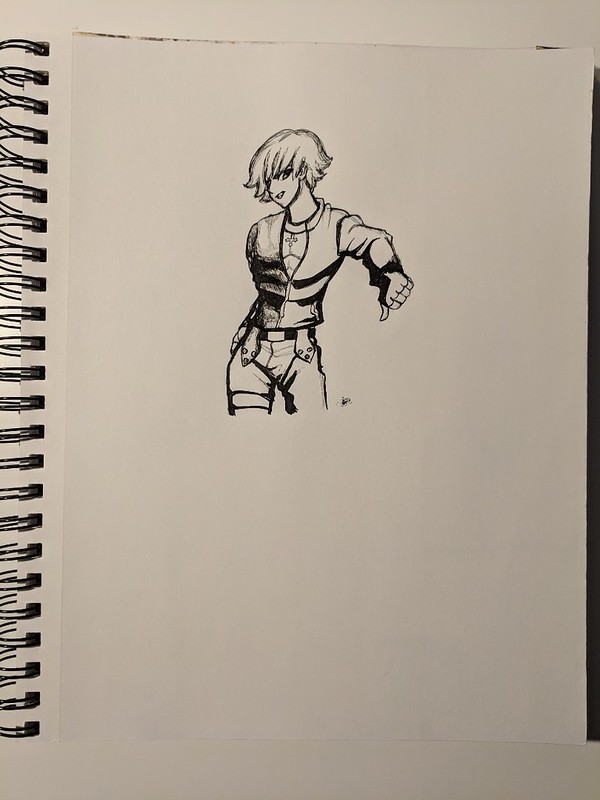 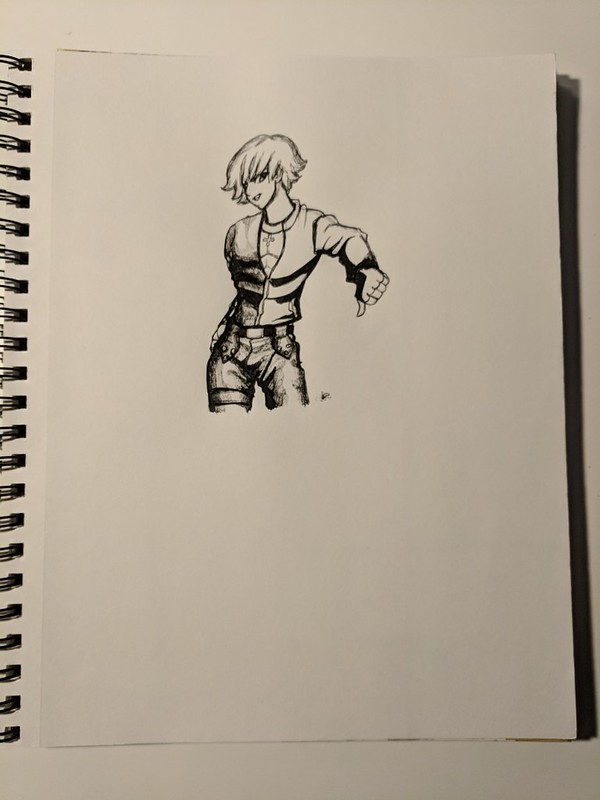 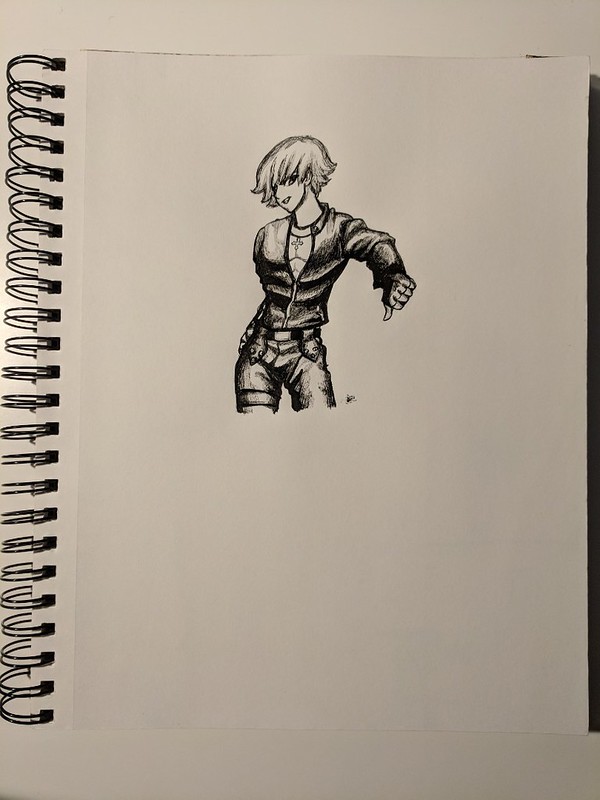 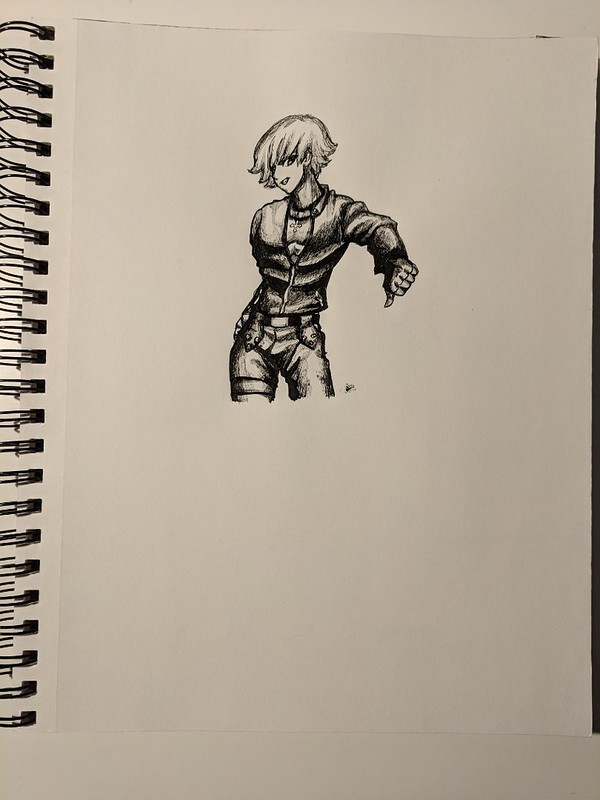 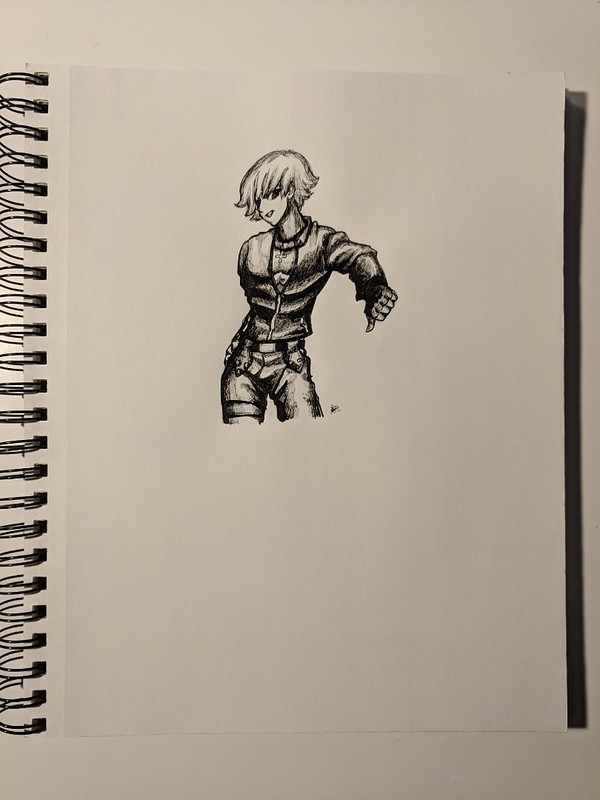