Had little time today so just a quick drawing of Priss in her Knight Sabers hard suit. It’d be cool to ink and color it in the 80s style.

This is a colored version of the 9th inktober piece I drew in 2019. I wasn’t too sure what the coloring style would be, but it eventually evolved into this one. 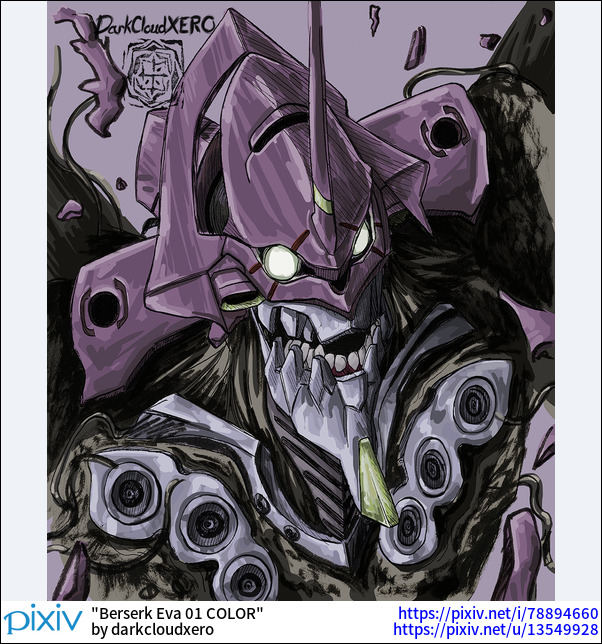 Today’s theme is “one eyed”. It’s been a while since I did a Berserk piece so I decided to draw Guts again. This time I made up a pose used references after to know how to draw the armor. This one took a long time to draw trying to figure out the way the body would fold and flex, and then the most time consuming was trying to figure out how the armor would look from certain angles. It wasn’t hard, it just took me a couple of tries to try out different angles and shapes. What sucks is that I ripped and folded the paper when I erased the pencil lines. It’s a shame. 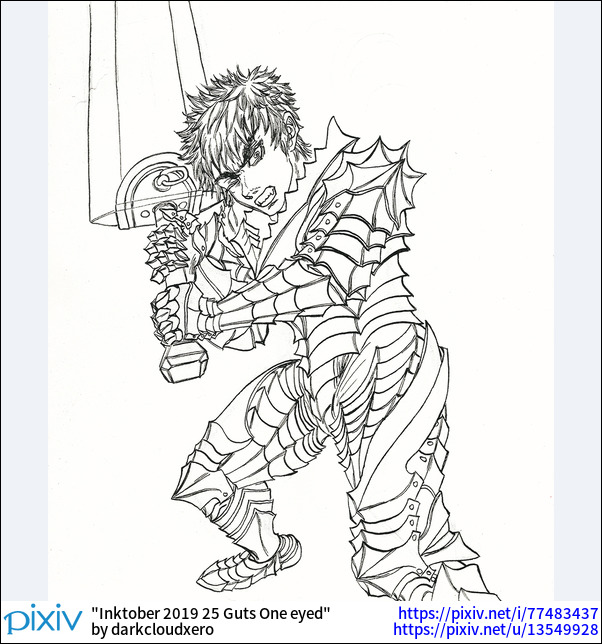 This is my second drawing of Erza Scarlet, (you can see my first one here, http://www.youtube.com/watch?v=IojQKf-ulWk ) this was  a request I was asked for a couple of months ago but seemed to have not taken not of it. So I apologize for not doing it sooner. I wanted to try something a bit different so I decided to finish it off with a pen using only hatching and cross hatching. There is definitely a lot of room for improvement but I think I should be able to fix it. Overall though I don’t think it looks too bad.